Am I brave? I don't think so - Women's Equality

A common comment I’ve heard during this campaign is that I’ve been ‘brave’. I really do understand this sentiment, especially for women but I believe bravery is related to fear and I have to be honest and admit that fear hasn’t really come into it. Yes, I’ve been a bit nervous here and there. I’ve been worried that I’d embarrass myself, my branch and my party. I’ve been tired to the point of exhaustion, I’ve lost sleep and meals and contact with my friends and family. Anger and passion have come into it too and complete pride in the number of people who have made huge leaps out of their comfort zones to support this campaign. But ‘fear’? No. I began reading Emmeline Pankhurst’s book, published in 2014, and was the inspiration for

the 2015 film. Now, those women were brave. Risking their lives and their freedom to demand our right to the vote. It took so many years of campaigning and lobbying and petitioning and leafleting, traveling from by-election to by-election to ensure the pressure was kept up.

Many women died. Many gave up jobs and family. Many whose names and stories we will never know. Their struggles should inspire each and everyone of us, they stuck their heads above the parapet to fight for what they believed in, for what they saw as our fundamental right. They educated themselves and they stood up for themselves and other against a powerhouse that was violent and unyielding and unforgiving. That is true bravery. And I am forever thankful for that.

I don’t think I’m brave but I hope I’ve inspired others to walk this path.

A common criticism that has been angled at us during this campaign is that WE are splitting the vote - and this was pointed out by the sitting Labour group.

At our recent hustings the sitting candidate chose his opening speech to throw in his concerns that votes for the 'new’ and ‘small’ could easily result in a win for the Tories.

I altered my closing speech to point out that so many of the political conversations we had were with the disengaged, the disappointed, the downright dissatisfied. Many people said they didn’t think they would be voting - if people do come out to vote for us, I’m pretty certain that the majority of those are people who wouldn’t have voted for anyone else - for that I’m proud and believe we should all embrace that. 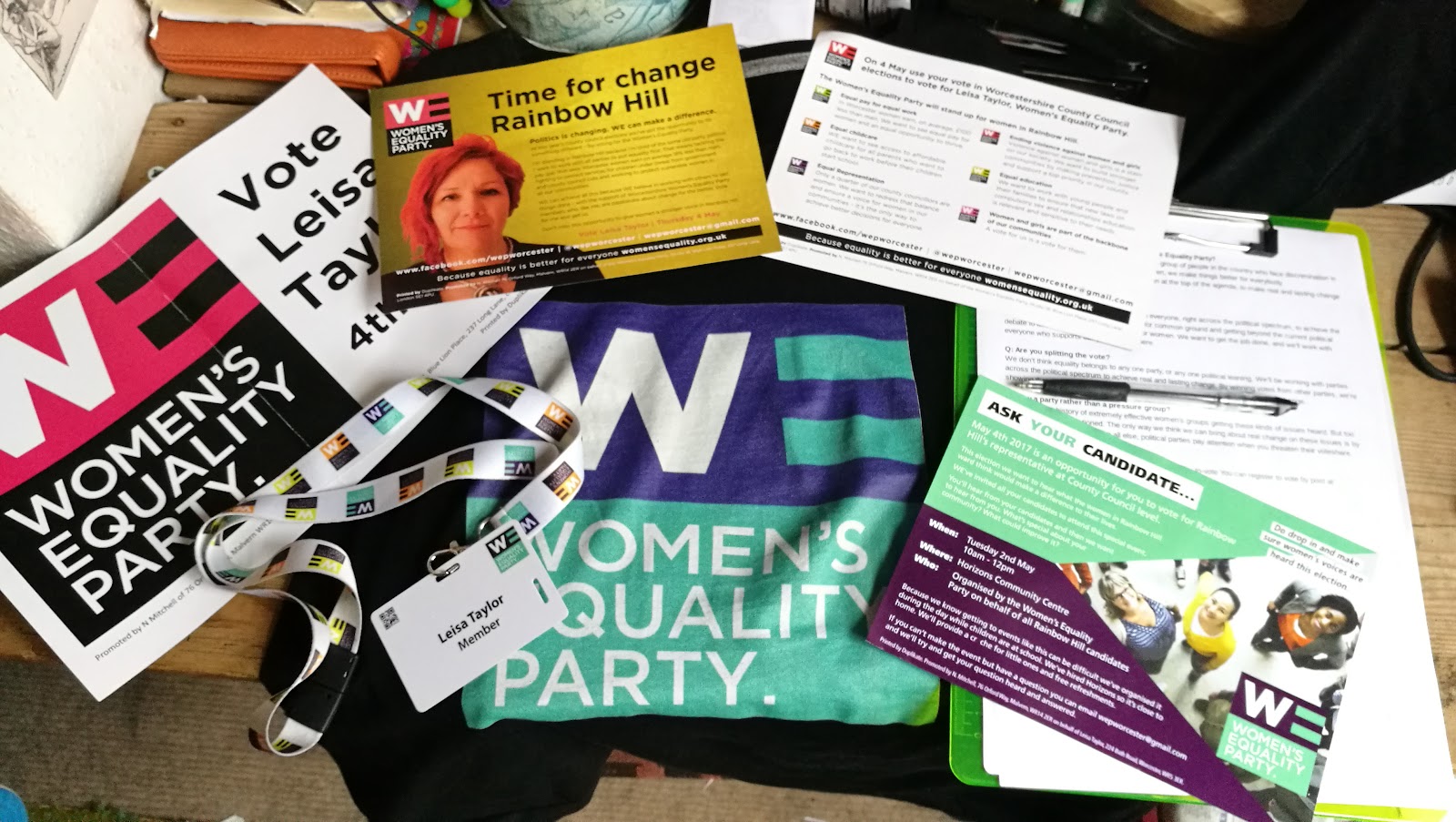 There are so many people to thank for their support in this campaign that to keep it short is impossible. Please bear with me because it all needs to be said….

My first big thanks go to Jem McCarron, co-leader, data manager, general secretary, canvass captain, facebook champion, right hand, rock. Without whom this whole campaign would not have happened.

Fran Collingham our Comms officer for being there whenever she was needed and providing excellent advice and comms support throughout.

Natalie Mitchell our Election Agent for stepping up at the last minute and doing us proud with her ability to trawl through all the information, make sense of it and feeding it back in a way I could digest. Also for being a great canvass partner.

Kathryn Busby for ensuring our accounts have been up to date and cash has flowed when we’ve needed it. Great leafleting and social media-ing too.

Our researchers Al Pagan, Wendy Reindorp, Julia Hayes, and the anonymous GP. Elspeth Dale for her hour of precious time to provide her coaching/public speaking wisdom. Geraldine Chorley for a wicked flyer design for our quick turnaround hustings event. Sarah Duell at Duplikate who was patient with our changes, made sure our leaflets were printed on time and at a good price.

All the other candidates and their supporters: Paul Denham, Lynn Denham, Joy Squires, Marjory Bisset, Louis Stephen, Sally Nall, Francis Lankester for their respect and quiet words of support.

Huge thanks to Margaret Hallah (Brighton branch) for stepping in to do amazing, well timed and consistent Twitter messaging. Can we steal you full time?

Celia Wilson and Beth from central office for supporting us and encouraging us all the way, despite a snap general election announcement. Sophie Walker for inspiring us all and for her timely messages of thanks and support. Big thanks to Ali Smith & Amy Killen for their constant words of encouragement and Katy Wareham-Morris (Birmingham branch) for silently running alongside us sharing our posts and successes as well as all the retweets and shares of all our sister branches and all of WEP-UK members and supporters both local and national. Thanks also to our sister branches treading their own similar path in different parts of the country: Celine in Tunbridge Wells, Carol in Sheffield, Emma in Tunbridge Wells, Sally in South Wales & Tabitha in Liverpool.

A really big thanks to Al Pagan and Delfini Pagan who have not once complained (to my face anyway) about my absences, my late nights, my distractedness, my mess, my single constant wittering about equality and politics. And have only shown me love, patience and pride. Love you both so much.

I hope I haven’t forgot anyone - you’ve all been amazing!