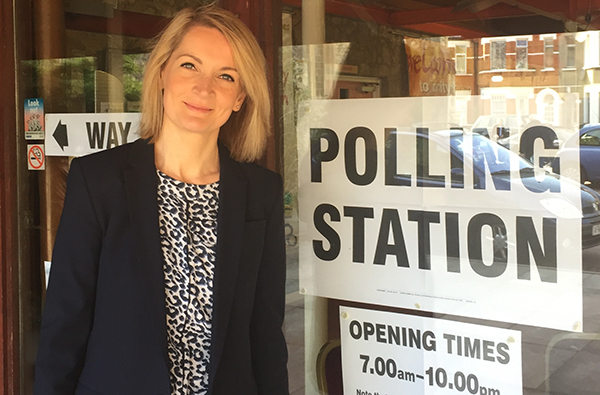 Voters turned away from polling stations in Sophie Walker’s borough

A disastrous administrative error at Barnet Council has seen dozens of Women’s Equality Party supporters turned away this morning from polling stations across the borough.

“It is outrageous that hundreds of registered voters have been unable to cast their votes this morning,” said Sophie Walker, leader of the Women’s Equality Party (WE) and its London Mayoral candidate. “I started hearing from our members soon after 7am that they had been turned away. This raises serious questions about the validity of today’s results.”

Walker is the only London Mayoral candidate who lives in Barnet. “The Council’s blunder disproportionately affects me, as so many of my local supporters were unable to show their backing for the Women’s Equality Party this morning,” said Walker.

A press officer at Barnet Council said they were printing new registers and were encouraging voters to return later in the day to cast their votes.

“WE have registered a formal complaint with London Elects,” said Walker. “But the most important thing for now is to encourage those who couldn’t vote this morning to go back again later in the day.

“I know it’s a huge ask, but every vote is vital – especially for us as a new party contesting our first ever election. If you were turned away this morning and can make it back to your polling station later today, please make the effort. WE want to make sure WE are fairly heard in today’s elections.”