Better for Everyone - Women's Equality 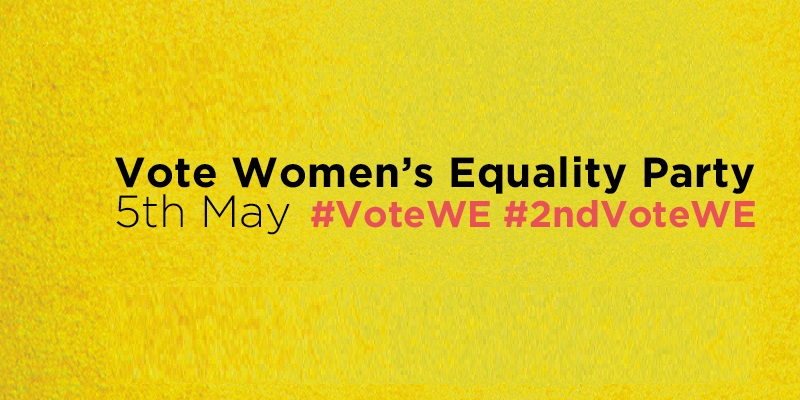 I’m a man. I want a world where the phrase ‘women’s equality’ doesn’t exist, because equality is the norm. We don’t live in that world yet – that’s why I support the Women’s Equality Party.

Equality doesn’t, as some people think, mean punishing men. It means changing established systems that put special conditions on 51% of the population simply because they’re women. As such, promoting women’s equality only feels dangerous if you think the system we have is already a level playing field, already fair and equal. It isn’t.

But it is the 21st century. It’s time to build that level playing field. We can start to build it in Wales, in Scotland and in London this election season. People sometimes look at the world in which they live and feel that inequality is ‘just the way it is.’ No – inequality’s the way it’s been allowed and encouraged to be. The more you scratch the surface of ‘the way it is,’ the more you uncover, and the more the need for change becomes urgent, whatever your gender. I want to be able to look tomorrow’s women in the eye as part of the generation that finally delivered real social and economic equality.

Power To Some Of The People! 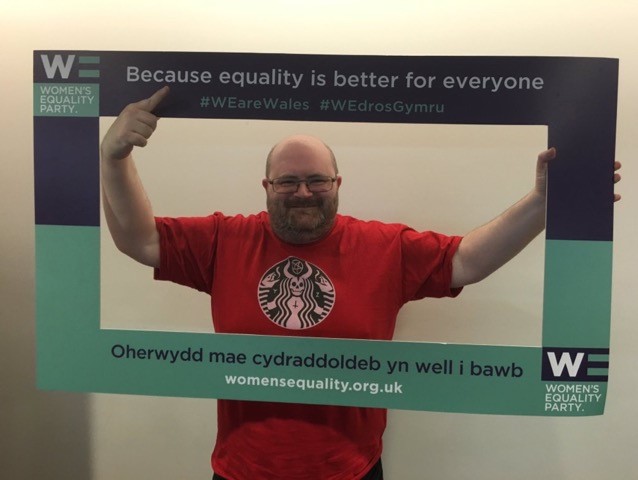 At the moment, fewer than a third of Britain’s MPs are women. An unequal parliament tells women and girls that politics is not for them, and equality gets put off for another generation. Wales is proud of its recent progress toward equal representation, but women now make up only a third of the Welsh Assembly Cabinet. The Women’s Equality Party has a plan to create equal representation in Westminster and Wales within two election cycles.

We can get this done on our watch.

On average, women are still paid only four-fifths what men get for equal labour in 2016. For every £10 a man takes home, a woman gets just £8. Simply being a woman makes a fifth of your economic worth evaporate. Welcome to the land of the vagina tax. Pay equality is easily deliverable. Why would we not do it?

Beyond pay inequality, society imposes the responsibility of childcare overwhelmingly on women – but it doesn’t back up that idea by making childcare affordable or reliable. That makes childcare an economic barrier to women who want to work. The Women’s Equality Party would build a system of affordable, reliable childcare, allowing enough women into the workforce that it would grow the economy 10% by 2030, putting an extra £2,850 in everyone’s pocket.

But equality’s not just about the money. The notion that childcare is a woman’s responsibility hits men too, pushing the idea that men’s ‘place’ is at work, rather than looking after their children. WE’s commitment to equality of parenting and caregiving means opening most jobs up to flexible working, irrespective of gender. Both genders should be able to pursue their careers and enjoy time with their children.

A History of Violence

We need a new norm.

Only the Women’s Equality Party has detailed plans to build a world where being a girl or a woman doesn’t come with the built-in lifelong baggage of male threat to your bodily autonomy, your personal space or your personal safety.

I’m a man, and I support the Women’s Equality Party.

I’m a man who wants a better world. Who won’t settle for the norm offered by most political parties. I want a society that includes everyone, and that reaps the benefits of that inclusion – an efficient economy, an invested people, able to fit both careers and childcare into their lives. A society free from fear, that embraces equality wholeheartedly. A society that’s better for everyone.

Vote for a better Wales on 5th May. Vote Women’s Equality Party.

Tony Fyler from Merthyr Tydfil is a founding member of the Women’s Equality Party and is Editor-in-Chief at Jefferson Franklin Editing. He became a Founding Member of the WEP because he says 'there are planets to explore and planets to save, and we need to get gender equality right first." Twitter: @fylerwrites