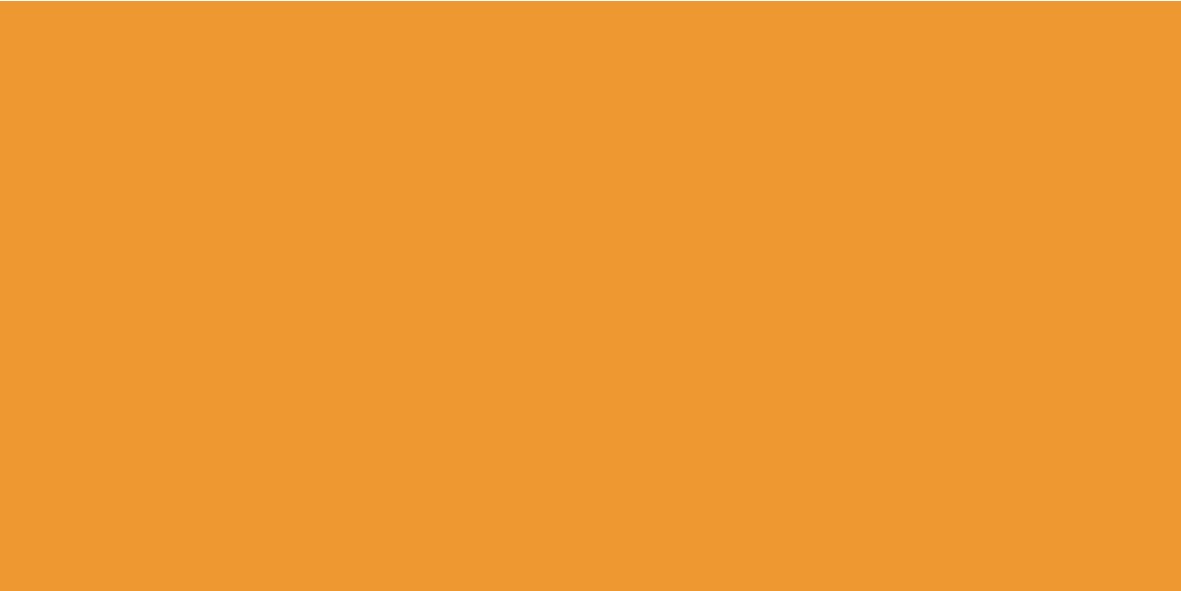 Joeli is a campaigner for gender equality, a creative producer and project manager, and a mother of two young boys.

Joeli founded the feminist project and campaign 'Pregnant Then Screwed' which exposes the systemic problem of pregnancy and maternity discrimination and gives women the tools they need to challenge discriminatory behaviour. She wants to live in a world where care giving is valued.

Joeli writes for the Telegraph and the Independent and she has made regular appearances on TV and radio. She advises MPs on how the Government can address the motherhood penalty and is part of the Parliamentary group for Women and Work. She is also working on a book and a documentary about the issue.

Joeli will be speaking in the Film Breakout Debate.

Carole is Chief executive of the Young Women's Trust, a charity supporting and representing young women struggling on low or no pay, and who are at risk of being trapped in poverty. The charity offers free coaching and personalised advice on job applications, conducts research, runs campaigns and works with young women to build confidence and advocate for fair financial futures.

Carole has extensive experience in the voluntary sector, having been Chief Executive of Cruse Bereavement Care, ChildLine and CLIC Sargent.  She has worked as a trainer and consultant in the UK and overseas, developing helplines and children’s services for the public and voluntary sectors. Previous senior roles have focused on extending advocacy services for those with mental health issues and learning difficulties and delivering campaigns and services for individuals with disfiguring conditions.

She is Chair of Young Minds, the UK’s leading charity committed to improving the emotional well-being and mental health of children and young people. She is also Trustee at Depaul UK - the youth homelessness charity - and is currently a Commissioner on the Greenwich Fairness Commission.

Carole started her career as a Child and Family Psychotherapist and completed a PhD thesis concerning physical violence towards children.

Carole will facilitate the breakout debate on 'A woman’s place: a look at affordable housing' at Conference.

I am a feminist mum, grandmother, partner, daughter and community psychologist, recently retired after working full time for nearly 40 years at the Metropolitan University in Manchester.

I have always been concerned with issues of social justice, working alongside, for example, women living in poverty, disabled people and public service workers seeking to make the world a better place. I am active in local community groups and in social enterprises concerned with sustainable communities, dementia action, intergenerational work, minority ethnic family well-being, and Steady State Manchester - a small organisation campaigning and working towards an economy that benefits all, within environmental limits.

I am passionate about ways of addressing climate change, which I see as the greatest threat to our glorious planet in all its complexity.

Carolyn will facilitate the breakout debate on ‘Women and the environment: mind-mapping the world’.

Sarah Marie is Lecturer in Human Geography at The University of Manchester. Her research sits in the broad field of feminist political economy: understanding how socio-economic processes are shaped by lived experiences, social differences and gender relations.

She sits on the Management Committee of the Women's Budget Group, is Treasurer of the Economic Geography Research Group of the Royal Geographical Society and is a member of the Morgan Centre for Research into Everyday Lives.

Sarah Marie speak on the topic 'A man’s world: why the world is built around men and what we can do about it'.

Shakira Martin is Vice President (Further Education) of the NUS, and former President of Lewisham Southwark College Students’ Union. She has studied a number of courses including ILM Leadership and Management and most recently completed her Diploma in Education and Training (DET).

As a single mother, Shakira knows first-hand the power of education to transform lives. Further education has given her 10 years worth of chances to break the cycle of deprivation, be a role model to her children and develop the confidence to stand for a national role. Her passion for education has developed over the last four years through overcoming the adversity of her past experiences.

Shakira has particular interests in teaching and the quality of learning, the learner voice, college governance, education and politics. She aspires to become a Further Education College Principal.

Shakira hopes to share her journey to inspire, empower and motivate others to reach their full potential.

Shakira will speak in the debate "A threat to equal education or business as usual: sexual harassment and sexual violence in universities".

Jack’s blog, A Girl Called Jack, started as a local politics blog, and developed into budget food and recipes, which were picked up with interest by the national press as Jack detailed living as a single parent on a food budget of just £10 a week because of delays in unemployment benefits, which sometimes weren’t paid at all.

Jack ended up writing a cookbook for Penguin based on the blog, followed by another book which was more of a food diary through the roller-coaster year that took them from sleeping on a mattress on the floor of a bedroom in a shared house to having a food column in the Guardian and a book that sat at the top of the paperback charts.

Jack is an active campaigner, fronting a petition with Unite, The Trussell Trust and The Mirror demanding politicians debate the causes of foodbank use and hunger in Britain. Within four days the petition had secured 100,000 signatures, and the debate was held in the House of Commons three weeks later. Jack is a patron of The Food Chain, and supports The Trussell Trust, Child Poverty Action Group, and Oxfam.

Jack writes a weekly recipe column for The Guardian, and regularly contributes political bits to The Mirror, The Independent and The Guardian. Jack has commented regularly on food, politics, and current affairs for Sky News, Channel 4 and BBC radio.

Jack’s awards include a large bronze eagle from the Women of the Year award, Best Food Blog at the OFM awards, and Judges’ Choice Award at the Fortnum And Mason Food and Drink Awards.

Jack will be participating in the breakout debate ‘A woman’s place: a look at affordable housing’.

Ann is the Chair of McAllister Olivarius, an international law firm that specialises in fighting discrimination against women. She was deeply involved in litigating a landmark civil rights case, Alexander v. Yale, which for the first time found that sexual harassment within a US university was illegal.  In 2012, the American Civil Liberties Union (ACLU) included her on its list of the most influential people in the history of Title IX, the US anti-discrimination law. Since Alexander v. Yale, she has continued to break new ground in discrimination and employment law, winning major awards in the US and UK. Her firm was recently pivotal in getting a law against revenge and fake pornography passed in the UK, and has been working to improve legal protections for students sexually harassed at UK universities. Nelson Mandela once introduced her as “a lawyer who has advised me well and who has courageously advanced the cause of justice, and improved life opportunities, for hundreds of millions of women, blacks and disadvantaged, worldwide.”

Ann served on the board of National Alliance for Autism Research (UK), also known as Autistica, and OpenDemocracy USA. She is founder and Chair of the Rhodes Project, which evaluates the careers and life choices of women Rhodes Scholars. Ann is a Trustee of GenerationNext!, a charity which has supported over 100 students at the Vuleka School in Johannesburg, South Africa. She is on the board of Women Moving Millions (WMM), a network of women who have each committed one million dollars or more to advance women and girls.

Ann is also the Chair of AO Advocates, a law firm that represents survivors of child sexual abuse, often against churches, boarding schools and other institutions that allowed the abuse to flourish. Last year AO Advocates won the first High Court case against the Jehovah’s Witnesses, on behalf of a girl abused from the age of four.

Ann is licensed to practice law in New York, New Hampshire, Minnesota, District of Columbia, Idaho and Virginia, and is a solicitor of England and Wales.
Role at Party Conference
Ann will be a kick-off speaker in the breakout debate on ‘A threat to equal education or business as usual: sexual harassment and sexual violence in universities’.

In the 1980s Helen was a co-founder of a feminist organization, the National Childcare Campaign (now metamorphosed into the Family and Childcare Trust). She ran services for young children in Strathclyde, Scotland, before becoming an academic at the Institute of Education (IoE), UCL. She became Professor of Early Childhood at the University of East London; and is about to return as a visiting Professor to UCL. She has worked for the EU, OECD, UNICEF and SCF on childcare policy. She believes it is the job of the government to fund childcare services, and to make sure all children have equal access to high quality childcare, whatever their parents’ circumstances. She is currently writing her work biography, entitled Be Realistic, Demand the Impossible.

Helen will co-chair the debate on ‘How childcare will transform the UK’.

Cassie is an actor who co-founded Parents In Performing Arts (PIPA) with Anna Ehnold-Danailov, a Theatre Director, in 2015. Now a Consortium of 18 major performing arts organisations PIPA is currently conducting its first major research project about Best Practice for supporting those with caring responsibilities working in the Performing Arts. Supported by Arts Council England, Creative Scotland and The Royal Central School of Speech and Drama the project will investigate barriers and potential solutions to improve access to work for parents and carers. The outcome will be an industry-wide Best Practice Charter to be launched in September 2017 and embedded in the Family Arts Standards.

Cassie will be speaking in the debate on Women in the Creative Industries.

Feministiskt Initiativ has a vision of a different society. Its ideological starting point is anti-racist feminism. Its members believe in politics being more than just money, and that the division between left and right is not irrelevant, but that discrimination, racism and sexism is present on both sides and doesn't necessarily disappear with socialism; nor does liberalism, with a focus on individual rights, solve the structural inequality in society. They believe that's why an ideologically independent feminist party is important. Feministiskt Initiativ is that party in Sweden.

Feministiskt Initiativ was started officially in 2005 and has since then developed into a feminist and antiracist movement that in the last election gained seats in 13 municipalities in Sweden and a seat in the European Parliament.

Gudrun is an educator and lecturer in the area of gender equality and non-discrimination. Her professional background is as a social-worker, and she has been active in both the anti-nuclear movement and the national and international peace movement.

Gudrun will take part in the debate "Feminist foreign policy: full steam ahead".

Drífa Snædal is the General Secretary for the Union for general and special workers in Iceland. She became active in the Icelandic Women’s Party at a young age and co-founded the Left-Green movement in 1999 after the Women’s party became history. She has been active in feminist issues within politics and the women’s refuge movement and now, in the past years, within the workers’ union movement in Iceland.

Drífa will facilitate the Breakout Debate on ‘A threat to equal education or business as usual: sexual harassment and sexual violence in universities’.