Why Denise Welch is backing us - Women's Equality 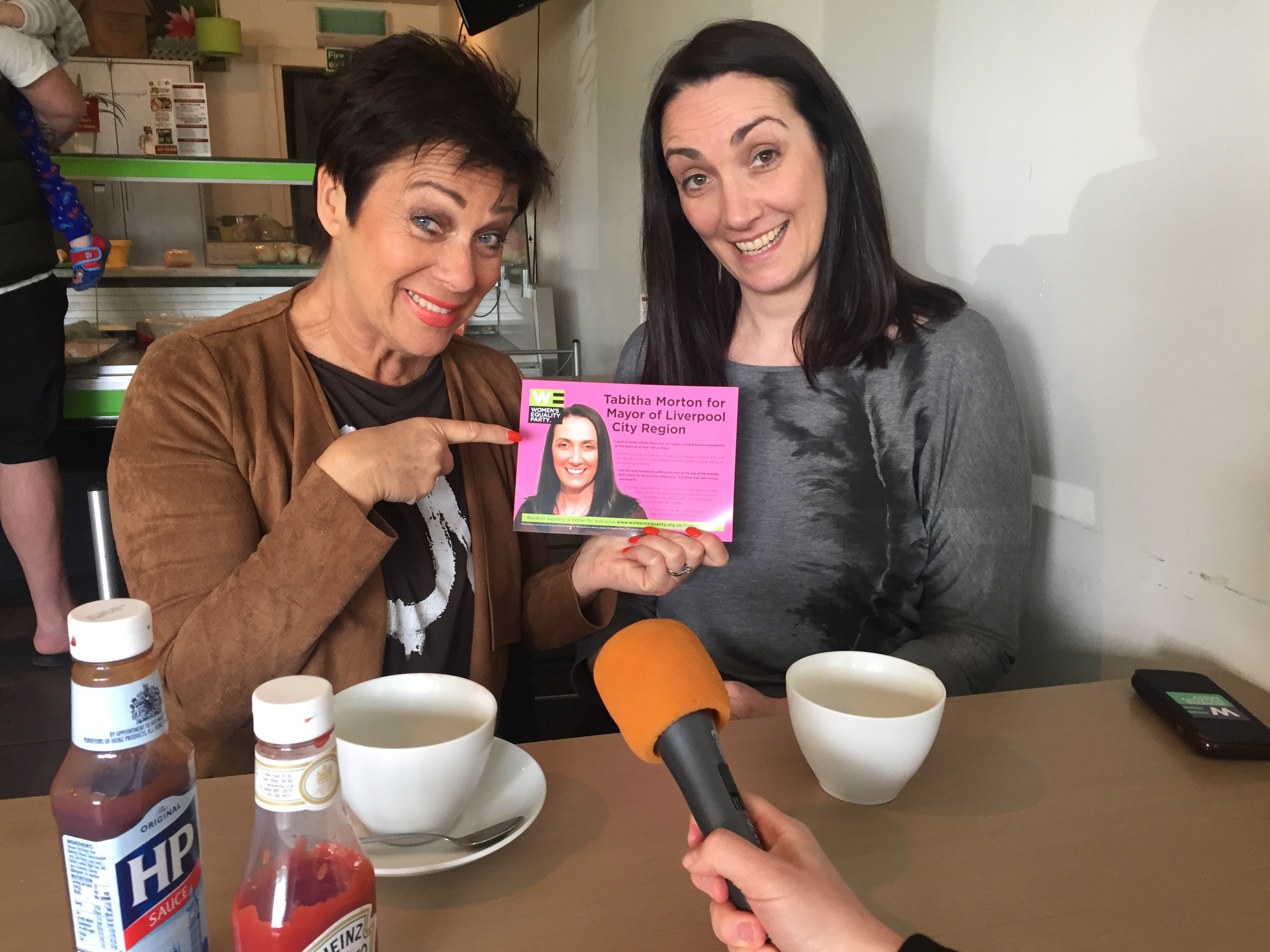 Why Denise Welch is backing us

Why Denise Welch is backing us

Denise Welch has thrown her support behind us, and is backing Tabitha Morton for Liverpool Metro Mayor

Actor, author and mental health campaigner Denise Welch has backed our candidate for Liverpool Metro Mayor. Denise has thrown her support behind Tabitha Morton, a founding member of the party and a political newcomer who is now seeking to lead the Liverpool City Region.

Denise will also be supporting us as we contest our first ever General Election — we will reveal our plans next week.

“I am thrilled that Denise has backed me for Metro Mayor,” said Tabitha, “and it’s been a pleasure spending time with her as part of my election campaign. Denise and I were both late coming to politics: like many women I always thought politics was something other people did, not something for a woman who grew up on a council estate in Liverpool. But I started paying attention to how things work, and what needs to change: and I realised politics is for everyone. You have to be the change you want to see.”

Denise explained that her decision to back Tabitha came after reading the WEP manifesto, which sets out our party’s seven core objectives. “I’ve always avoided political issues because I felt I didn’t know enough,” she said. “I’ve watched grey-haired men shouting — and snoring — in the Houses of Parliament and like a lot of people I’ve got bored, disinterested, and thought I can’t be part of this. It’s only with reading the WEP manifesto that I thought, yes I am a feminist, yes I am political. I encourage diversity in very many ways, and I feel very strongly that politics is for everyone.”

Tabitha and Denise recorded a podcast during a recent campaign visit to Netherton, the estate in Liverpool on which Tabitha was raised. They discussed Tabitha’s key campaign areas, which include a commitment to introducing a region-wide strategy for ending violence against women and girls, and a costed plan to introduce universal, affordable childcare for all children from the age of 9 months.