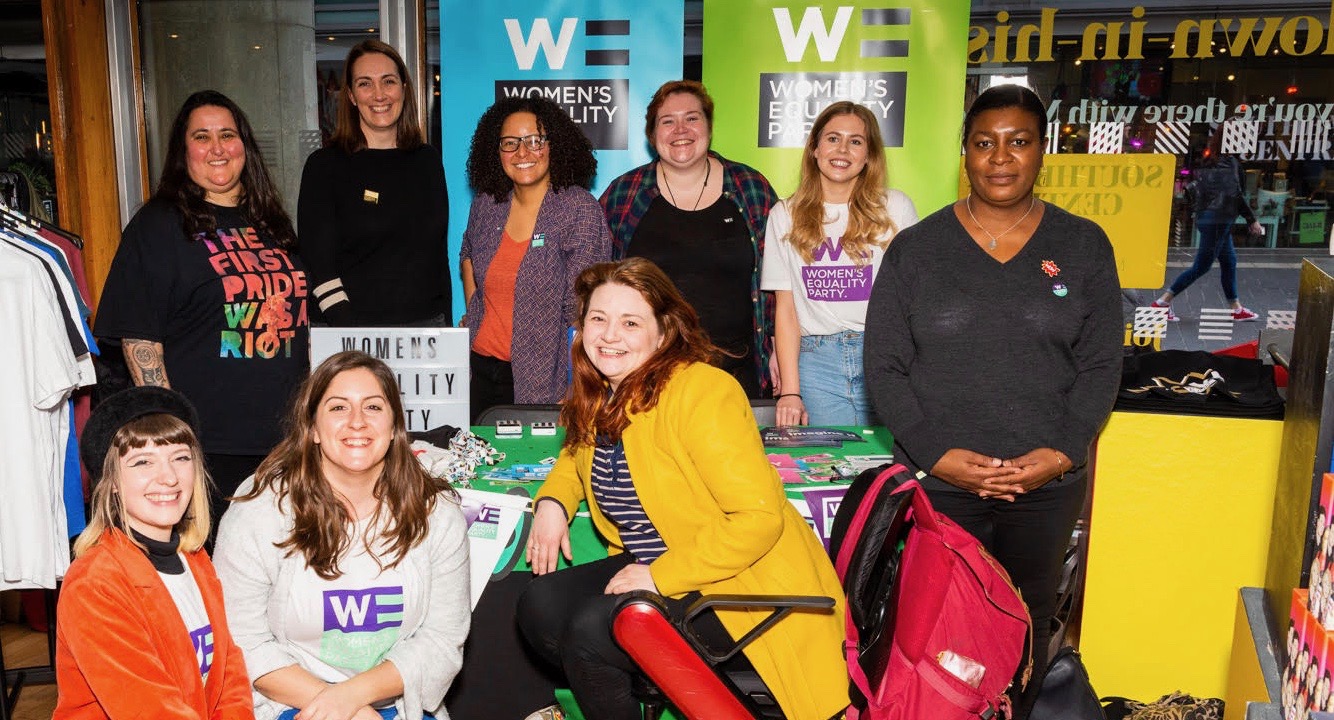 Why do we need Deputy Leaders and why now?

Where did the idea to have Deputy Leaders come from?

Why is this being introduced initially as a pilot?

Who made the decision to implement the pilot?

Who are the Deputy Leaders?

What will the Deputy Leaders do?

How will the party benefit from having Deputy Leaders?

How will the membership benefit from having Deputy Leaders?

Why have the Deputy Leaders been appointed, how were they chosen, and how long will they be in position for?

What is the relationship between the Deputy Leaders and the Policy Committee and Steering Committee?

Who do the Deputies report to and what authority do they have?

Will the Deputies be paid for these roles?

Why do we need Deputy Leaders and why now?

The Women’s Equality Party has achieved amazing things in the last five years - we have much to be proud of and to celebrate. But Covid-19 and the aftermath of it raises the stakes for women in ways none of us could have imagined. To meet the challenges that lie ahead we will need stamina, resilience and ingenuity at all levels of our party. Many hands make light work and diverse perspectives are a key ingredient of good decision making.

Where did the idea to have Deputy Leaders come from?

One of Mandu’s reflections after serving as interim leader for 9 months was that additional capacity would be of great benefit to the Leader and to the party. The idea for multiple Deputy Leaders was drawn from her experience of working for three consecutive Mayors of London over a period of 12 years. Once elected the Mayor of London is able to appoint up to 10 Deputy Mayors to support them with delivering their manifesto. Similar arrangements apply across the UK with devolved Mayors and Leaders selecting deputies that specialise in or lead on key areas to ensure the success of the region / country.

Why is this being introduced initially as a pilot?

Wherever possible, it’s really important when introducing changes such as this to do so on the basis of practice, not just theory. The pilot will enable us to test the model together, to find out what works, what doesn’t and why. So that when members get to vote at Conference on whether to formalise this model of shared leadership and make it part of the party’s future, they can do so on an informed basis.

Who made the decision to implement the pilot?

The Steering Committee, which is the Party’s main decision-making body between Conferences, decided to implement this pilot following discussion of the original idea.

Supporting statement from the Chair of the Steering Committee:

“When Mandu came to the Steering Committee meeting in January of this year, I had already asked her for ideas on how she could best be supported as our newly elected Party Leader. After discussion and agreement at that meeting, I am really pleased that this pilot scheme, appointing three Deputies to the Leader, is now going ahead. The pilot has the full support of the Steering Committee. The Deputies will help to ensure Mandu, and the Women’s Equality Party more broadly, are given every opportunity to succeed. When we all come together at Conference later this year we will have the chance to evaluate the merits of this pilot scheme. In the meantime, on behalf of the Steering Committee, I wish Christine, Hannah and Tabitha every success.”

Who are the Deputy Leaders?

The new Deputy Leaders are Christine Dean, Tabitha Morton and Hannah Barham-Brown. They have all been Party Members for more than 18 months and Tabitha and Christine are elected members of the Policy Committee. With the Leader they bring a wealth of personal, professional and political experience to the leadership of our party. As a party we recognise that women are not a monolith and it’s a source of strength and pride to have a leadership team that, better than any other party in the history of British politics, reflects the diversity of women we are here to represent.

Find out more about the Deputy Leaders here >>


What will the Deputy Leaders do?

The Deputy Leaders will represent and serve the party - they will do so by supporting and advising the Leader or being deployed by staff to help to deliver the party’s mission, for instance by playing a role in fundraising or leading projects. When appropriate, they may deputise for the Leader as Chief Spokesperson. The call on their time will vary depending on the pressures and priorities of the Party, but as a minimum the expectation is that they will commit to at least 2 days per month of service in addition to any other roles they perform for the Party Each deputy will be paid a nominal ‘contractor fee’ for each period of service. They will also be expected to support and mentor party members.

How will the party benefit from having Deputy Leaders?

Having the Deputy Leaders on board will increase our capacity and provide our party with more resilience. They may deputise for the Leader as Chief Spokesperson when appropriate and will work with the leader to develop and achieve the party’s vision and strategy. The Deputies come from a range of different backgrounds and have a wealth of varied personal, professional and political experience to offer the party, thereby broadening our reach and appeal. If the Government’s response to the pandemic has taught us anything it’s that narrow perspectives make for poor decisions. Alongside the Leader our team of Deputies will set an example of how to break the mould of the macho, individualistic survival-of-the-fittest political leadership that excludes so many people, especially women.

How will the membership benefit from having Deputy Leaders?

Having additional leadership capacity will mean greater connectivity between members and branches and the Party’s core operation. The Deputies will ensure the leadership of the party is more accessible to you. They will engage with and support branches across the UK. Specifically, for the duration of the pilot, each Deputy has pledged to meet with at least two branches a month to hear and learn from you and give you a channel through which you can shape and influence the direction of the party. All three Deputies have either served in the past, or currently serve as Branch Leaders - in Leeds, Liverpool and Waltham Forest.

Why have the Deputy Leaders been appointed, how were they chosen, and how long will they be in position for?

The Deputy Leaders have been appointed by the Leader. This model takes inspiration from how the Mayor of London’s administration operates - the Mayor is elected and is able to appoint up to 10 deputies to provide support and advice, and to fulfil particular remits that are essential to the success of the city. Our Deputy Leaders share the Leader’s vision and have the skills and experience to super charge our work of building a more equal world. They will do this by helping to: grow, strengthen and diversify our movement; ensure our financial sustainability; develop our people; and increase our influence and impact by running successful campaigns and winning elections. Being able to select Deputies with a variety of skills that complement each other is important to achieving the optimum balance that will make the team work. The intention is for Deputy Leaders to serve a term of up to two years, subject to decisions on this pilot being voted on at party conference.

What is the relationship between the Deputy Leaders and the Policy Committee and Steering Committee?

Who do the Deputies report to and what authority do they have?

In the first instance, each Deputy Leader will report to the Leader and through them to the Steering Committee, but ultimately - they are accountable to you, the membership, and will report to you at Conference. Deputy Leaders will not be responsible for Party staff or have authority over them.

Will the Deputies be paid for these roles?

Each deputy will be paid a nominal ‘contractor fee’ for each period of service.