WE Edinburgh and The Lothians 'Book Club' - October 2021 - Women's Equality 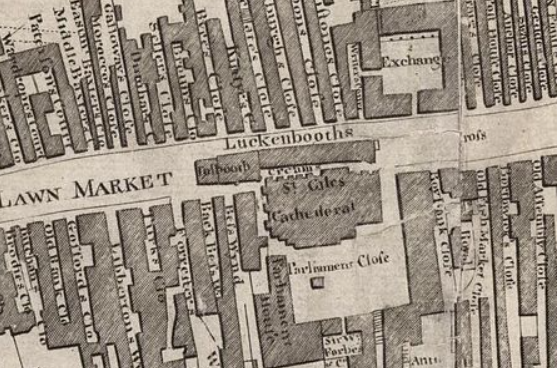 Join WE Edinburgh and The Lothians for our next 'Book Club' which will be held on Thursday 28th October 2021 at 19:30 via Zoom. The book that we will be discussing is Luckenbooth by Jenni Fagan. Historically, a luckenbooth was a place from which to trade, a lock-up booth on the Edinburgh Royal Mile; or often, by metonymy, the traditional heart-shaped brooch you might buy from one, to pin to the clothes of your firstborn and ward off evil. But whatever the word meant a hundred years ago, Luckenbooth the book is about now. Fagan’s booth of stories – her Cornell box of frenzies, tragedies and delights – offers the present moment in the endless war between love and capital. It’s brilliant.

From the start, Luckenbooth gives the feel of a legend or fairy story. It’s 1910, on an unnamed island in the North Sea. Jessie Macrae and her father have had a falling out, and now he’s dead; or, given that he’s the Devil, he may still be alive. Jessie, who has been growing horns herself of late, launches into the surf in the coffin he forced her to sleep in – perhaps as a stark reminder of her mortality, perhaps as a harbinger of it – and begins to row. Three days later she lands on the Edinburgh shore, where she finds herself at 10, Luckenbooth Close, a tenement building on nine floors, “with catacombs below”. There she’ll meet Mr Udnam – gangster, property speculator and, surprisingly, minister of culture – and his wife; and become the surrogate mother of their child. She is pregnant within hours, or perhaps minutes, as you might be in a folk tale. The spiritual disaster thus ignited – the torn seam between the supernatural and capitalist reality – will haunt the tenement and its subsequent inhabitants for the rest of the century.

The struggle towards the revelation of what actually happened between the minister, his wife, their surrogate and their tiny daughter Hope narrates itself upwards, floor by floor. The building ages towards Hogmanay, 1999. Hooves are heard in the night. Time periods slip about, gleefully penetrating one another. A multistorey horror story reveals itself obliquely in fragments across a number of years and viewpoints, weirdly paced, the action rushed and breathless, generalised, then freezing for a moment on an unexpected scene or event. It’s like the speech of an excited child; but you soon discover that the perspective is much, much more experienced than your own.

Along the way the novel takes in the stories of a score of families, together with nine decades of ridiculous gangsters, dazed stoners and puzzled loners. In 1928, Flora, intersex and stunning, takes another bump of coke and looks herself over in her mirror before leaving for a party. In 1939, young, black and a long way from home, Levi from Louisiana catalogues animal bones at the Royal School of Veterinary Studies. He is learning to connect them, while impulses he doesn’t understand compel him to build a mermaid skeleton. In 1943, Ivy Proudfoot – 17, bisexual and obsessed with revenge – yearns to kill men the way men have always killed women. Every night she hears a little girl, trotting up and down all nine floors of the building. Agnes the spirit medium moved into Luckenbooth in 1926, and since then the dead have never left her alone. By 1956 they have colonised everything from the loo to her husband’s armchair. When she gets the tin bath out, they are in it before she is, and they have a message for the minister of culture. During the coalfield strikes of 1989, meanwhile, Ivor the miner, allergic to light, is listening out for his little niece Esme’s invisible friend, tap-tapping away in the walls.

Please join us as we take a tour through the past and present of Edinburgh's Luckenbooth.

You are welcome to join us whether or not you have had chance to read the book! Please fill in the below detail and you will be sent the Zoom Link.