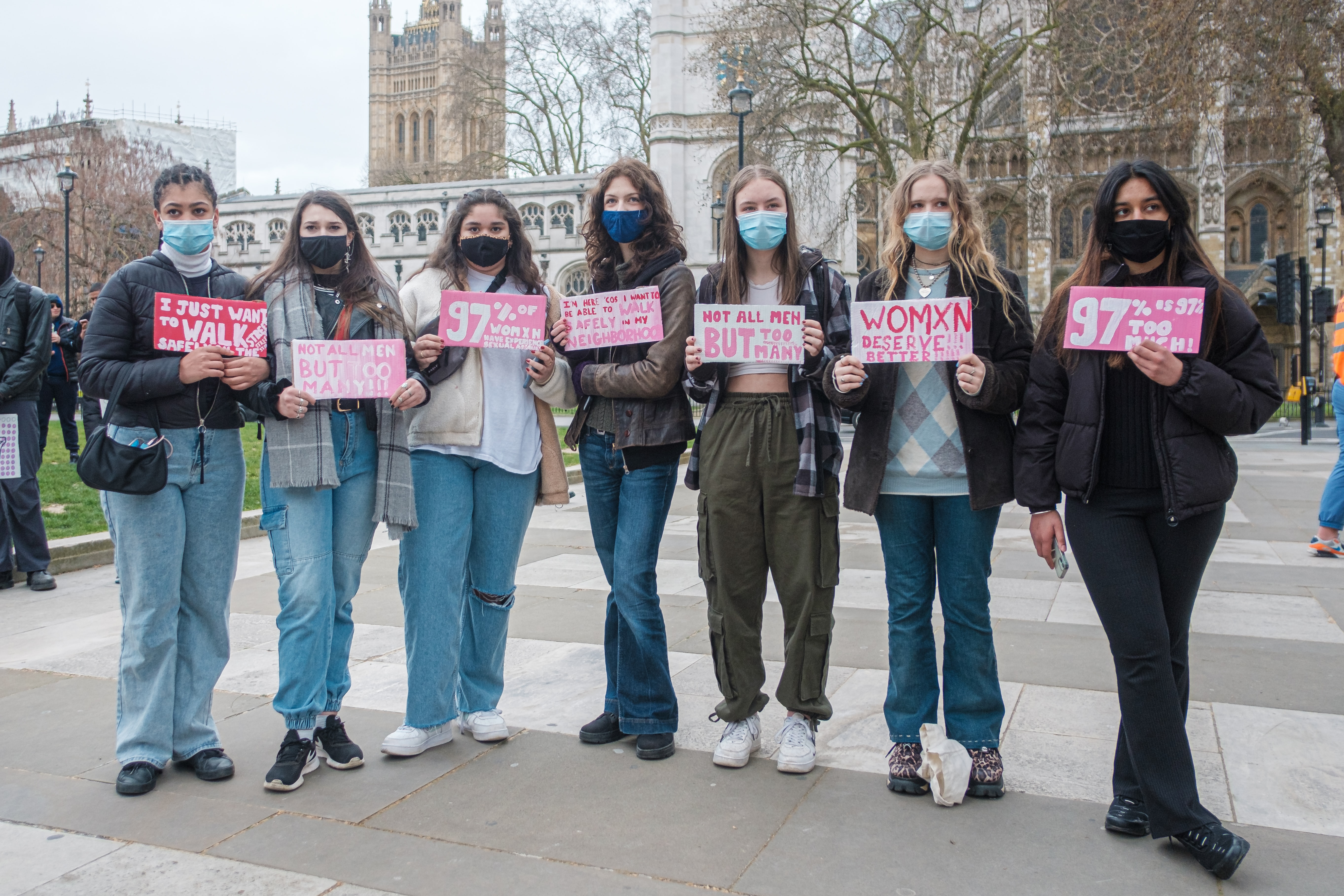 Violence is one of the biggest threats to the safety, freedom and lives of women and girls. One in five has experienced some form of sexual violence since the age of 16. Every year in England and Wales, more and 60,000 girls under the age of 15 are at high risk of FGM. A quarter of all women will experience domestic violence in their lifetimes, and here in Leeds, the police regularly receive over 60 calls related to this type of crime every day.

This year, we’ve not only seen the true scale of this crisis, we’ve also seen the systemic normalisation, prejudice and objectification that surrounds and perpetuates it every day. And sadly, it doesn’t surprise us. In Leeds, we feel the poignancy of a problem that repeats itself decade after decade keenly, remembering 1977’s first Reclaim the Night marches in response to the serial murders and attacks committed by Peter Sutcliffe.

Back then, the police response was slow and the reporting biased. Women were put under curfew and told to stay at home. And since then, blame has continued to be placed not on the perpetrators of violence, but on the women and girls who experience it every day.

Despite the years of fighting for a fairer system and, ultimately, and end to misogynistic violence, we still don’t have the rights and justice we need. Women are still blamed for rape and male violence, and cases of domestic abuse have increased 20% worldwide since the start of the pandemic.

Action is needed now, and that’s why WE are making ending violence against women and girls (EVAWG) a political and policing priority. In Leeds, Louise Jennings – our Women’s Equality Party candidate in Alwoodley – pledges to work tirelessly to protect those in danger and make the support they need accessible.

‘I would immediately start ring-fencing funding for domestic abuse support services, and further increase directly funding for refuse space for women with no recourse to public funds,’ says Louise. ‘I will make sure that no woman is turned away.’

If she’s elected on 6th May, Louise will work with local EVAWG organisations to establish a safety group for women and girls affected by this issue. She’ll reach out to the local police force with the ambition of making misogyny a hate crime and bringing in compulsory training on gender-based violence for all front line police officers.

Alongside this, Louise plans to work with local transport companies to conduct a review of all reporting procedures, and make sure all customer-facing staff receive proper training in dealing with gender-based violence issues.

#VoteLouise in the local elections on May 6th!