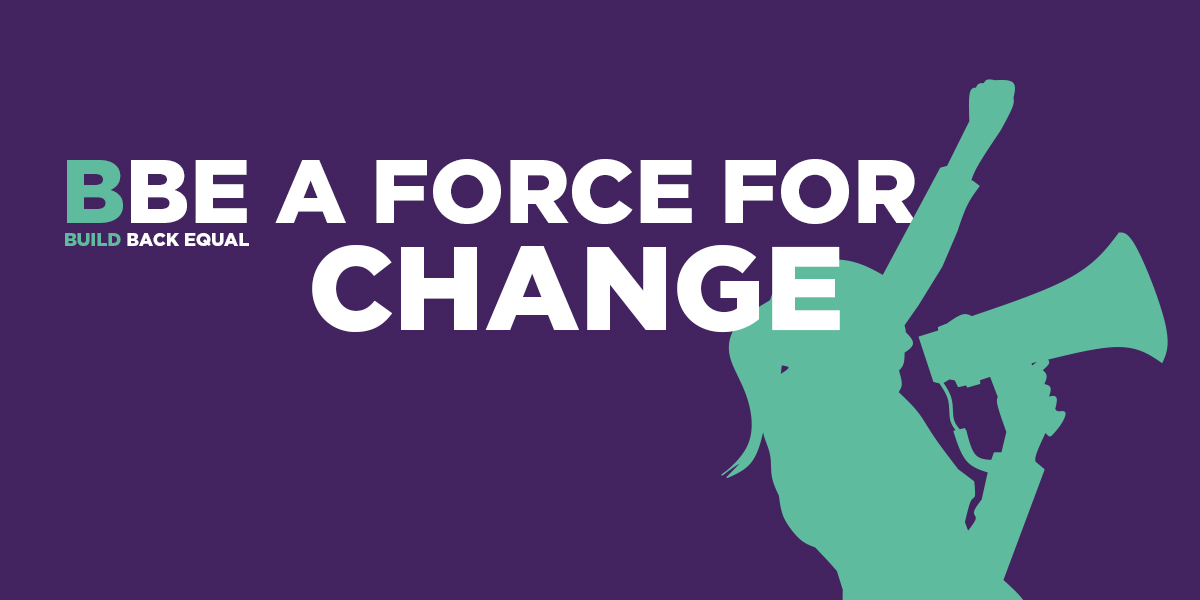 The COVID crisis laid bare the shameful inequalities at the heart of our society, with the most marginalised hit hardest by both the virus and the economic turmoil it caused.

Women make up a staggering 98% of those doing the highest risk jobs for poverty wages, domestic abuse has gone through the roof, and it is overwhelmingly women who have shouldered the additional responsibility for unpaid care and childcare during the last year. This May’s elections are a vital opportunity to send a message to those in power and to elect a Women’s Equality Party representative to the London Assembly to shape how we build back from this crisis.

Ensure we build back equal from the COVID crisis by voting for the Women Equality Party on the orange ballot this May.

The London elections are special, the electoral system is fairer meaning that every vote counts and smaller parties always win seats. You can also vote for multiple parties as there is more than one ballot paper so you can share your vote to ensure that you have the most impact on final results

Share your vote with equality to elect a feminist voice to one of the most powerful institutions in the country.

There is a crisis of imagination in UK politics. In the face of a global pandemic, the second ‘once in a generation’ economic crisis of the decade, spiraling inequality and irreversible damage to our climate we are offered the same tired old options we had at the turn of the century.

The people who created the crisis at the heart of our politics will never be able to lead us out of it. Be bold and vote for the Women's Equality Party on orange this May.

Care workers are overwhelmingly female, disproportionately marginalised, undervalued and underpaid. And when the world fell apart last March they were the workers that we could not survive without. Last year we saw the tragic impact of decades of under investment in care, as we tried to fight a pandemic with hundreds of thousands of job vacancies in caring professions - and thousands of people lost their lives as result. London can and must do better. We can learn from the COVID crisis, and invest in a care led recovery.

COVID has led to a shocking increase in domestic abuse, but we must not pretend that our city’s  violence crisis started there. Rape has been all but decriminalised in our city, just 3% of cases now result in a conviction and the Met have spent much of the past four years forcing survivors to endure digital strip searches, whilst charging perpetrators at 1/7th of the rate they were when Sadiq first came to office. XXX women lose their lives to violence in our city every week, and many hundreds more suffer deep trauma and life changing impacts from domestic abuse. Shamefully sixty percent of the women fleeing that abuse are turned away from refuges, and thousands of migrant women are denied access to any kind of public support. Violence is not inevitable. Our political leaders have simply not shown the political will they need to stop it.

There is a crisis of imagination in UK politics. In the face of a global pandemic, the second ‘once in a generation’ economic crisis of the decade, spiraling inequality and irreversible damage to our climate we cannot simply return to business as usual. London can and must learn from the COVID crisis and build a wellbeing economy that serves our whole community.

Yes I pledge to vote for the Women's Equality Party at the ballot box.
Like this to spread the word
Tweet