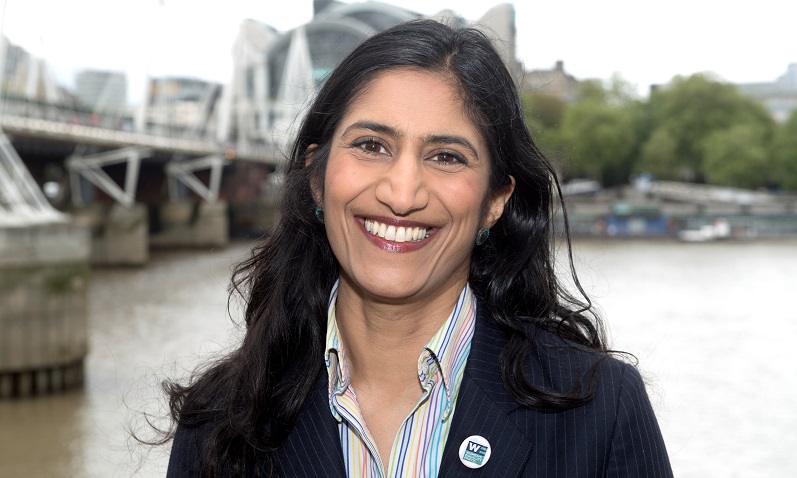 Women’s Equality Party candidate Harini Iyengar and the Green Party’s Gulnar Hasnain have both been asked to step aside for the Liberal Democrats’ George Turner. In a Twitter conversation with former Labour MP Roger Casale, Hasnain pointed out such pressuring tactics are a further barrier to women - and especially BAME women - participating in politics in the first place.

“It is wrong that two progressive, BAME female candidates race are being pressured to abandon their campaigns in favour of George Turner’s limited anti-Brexit platform,” she said.

“In 2015 the Lib Dems came fourth in Vauxhall, behind the Green Party, and for them to unseat Labour this time would require one of the largest increases in vote share in modern British electoral history. There is simply no factual basis for the belief that they will perform better than the Green Party or Women’s Equality Party this time round.”

Hasnain continued: “The constituents of Vauxhall deserve the opportunity to vote for whichever party they feel best represents their views and their values across the entire policy spectrum. What I'm hearing from voters is that housing, air quality and investment in public services are just as important to them.”

The Women’s Equality Party’s Harini Iyengar said: “Part of the reason for my candidacy in Vauxhall is to represent the diverse voices of those who are heard least often — whether in terms of smaller parties or underrepresented sections of the population. The assertion that I should stand aside for an old party only strengthens my resolve to fight for every vote in Vauxhall. It’s the old parties that got us in this mess. And I’ve met a lot of people in the constituency who can’t face voting for Labour but really can’t imagine voting Lib Dem either and are excited by my campaign and the chance of something different.”

She added: “Today’s manifesto announcements from the Liberal Democrats show that they are a party without clear policies for women and minorities. It is also astonishing that, for example, there is not a single word in the Lib Dem manifesto about violence against women, the most pervasive human rights violation of our times. My campaign will bring real change to Vauxhall, and especially to Vauxhall’s women. It is about so much more than just getting Kate Hoey out, which is all George Turner is offering.

"Even on Brexit, supposedly the core of that platform, the Lib Dem manifesto is lacking. The Women’s Equality Party has thought much more carefully about the risks to women inherent in Brexit, something as a lawyer specialising in discrimination I know about in detail. I campaigned to Remain last year, and will ensure that any final Brexit deal protects the rights of EU residents, and pushes for a meaningful equalities impact assessment. I won’t let women pay the price for Brexit, as they have for austerity.”

In 2016 Kate Hoey, who has been MP for Vauxhall since 1988, was the highest-profile Labour Party member of the campaign for Britain to leave the European Union. Vauxhall falls within the London borough of Lambeth, which voted to remain in the EU by the largest margin of any region apart from Gibraltar.