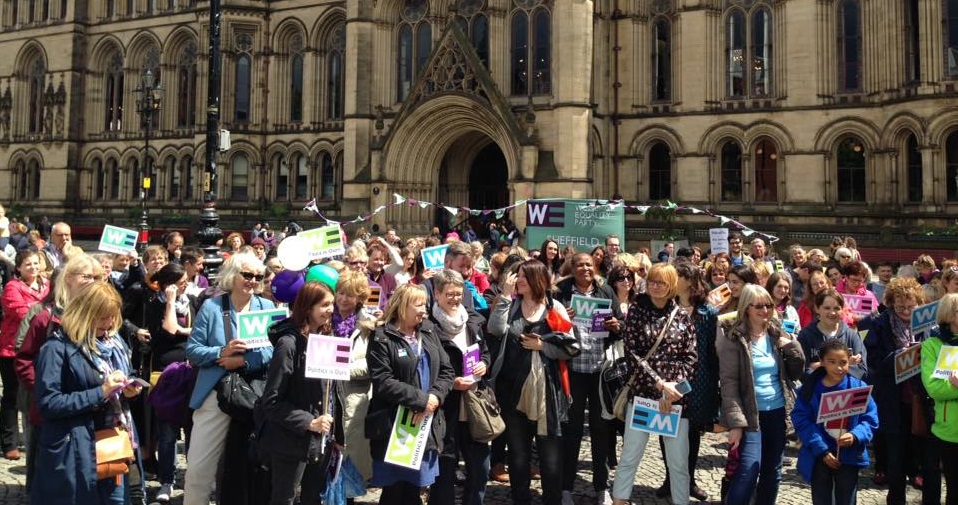 Hundreds of people attended a Women's Equality Party rally today in central Manchester. Party leader Sophie Walker delivered a hard-hitting speech in which she called for a new kind of politics. She was joined by party members who voted for both Leave and Remain, in a clear sign of unity.

"Today we move beyond the politics of Brexit, into the possibility of Brexit. And the Women’s Equality Party is ready to lead that change," said Walker.

"The EU referendum campaign has exposed politics for what it really is – a series of ruses where the winner is the one who has deceived the most voters. But that will not define who we can be, in all our glorious diversity. Because we are not as divided as our politics suggests," she continued.

Walker described the referendum campaign as being the most shamefully deceptive and divisive campaign of her lifetime. She criticised both the Leave and Remain campaigns for overlooking the experience of half the population, and forcing an immigration debate in order to divide us.

"But instead of calling for a second referendum, instead of telling people they didn’t understand what was at stake, we must listen."

"We were created one year ago because there was a crisis in representative democracy. As the dust settles on the EU Referendum, that crisis is more apparent than ever before. WE are building a party of people, not politicians. A party that understands the inequalities that people experience every single day because as women we have lived with them all our lives," she added.

Announcing that their first party conference will take place in Manchester at the end of November, Walker said: "The task ahead of us is huge: to build a new economy, to negotiate trade, to rethink large parts of our legislation, and decide what kind of immigration system we want moving forward. For the old parties, your participation starts and ends at the voting booth. For the Women’s Equality Party, this is just where it begins."