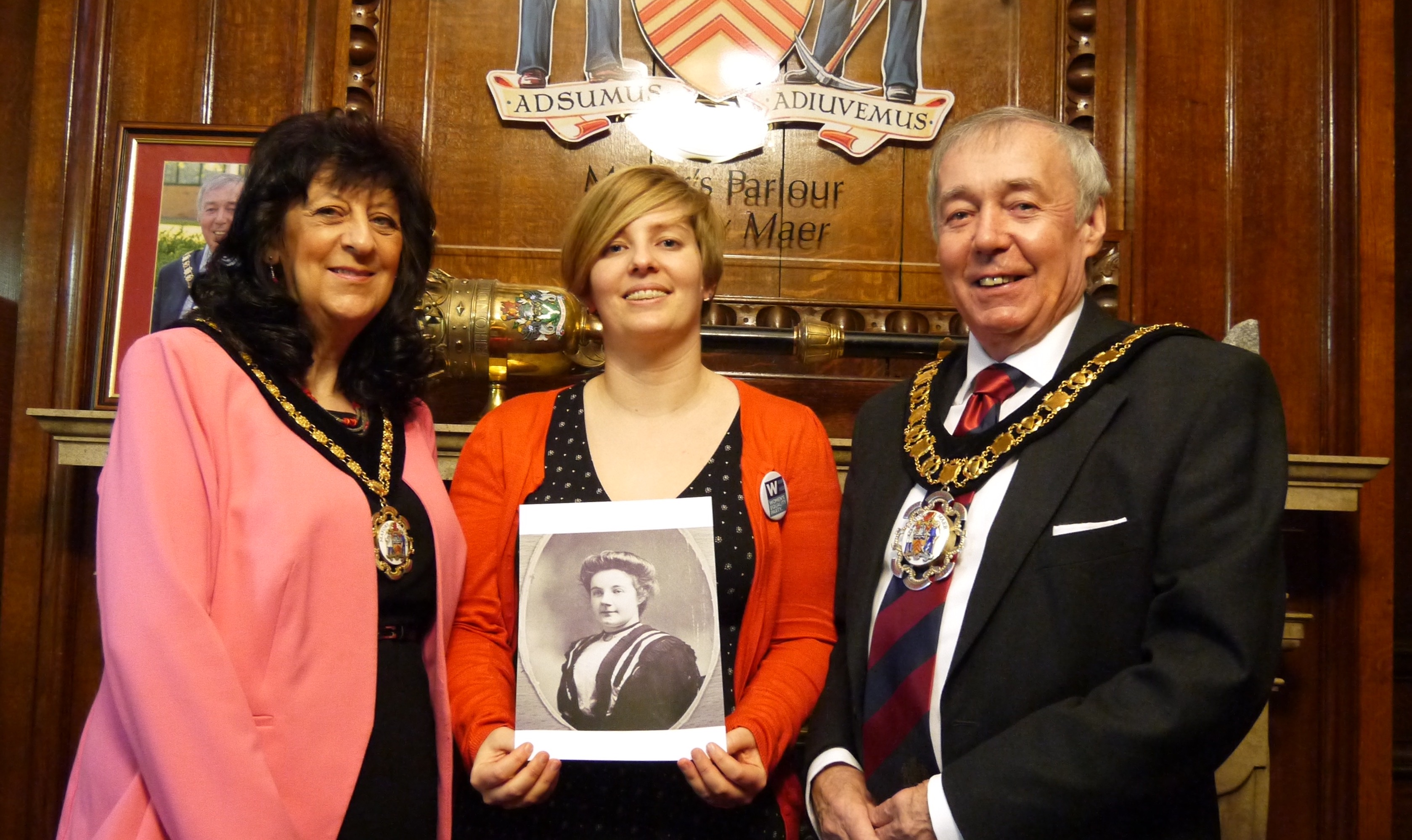 A few years ago I attended role model training. We were asked to write down who our role models were and I couldn’t think of a single person to write down. At the time, I really felt there was no-one I could look up to or relate to.

A few years ago I attended role model training. We were asked to write down who our role models were and I couldn’t think of a single person to write down. At the time, I really felt there was no-one I could look up to or relate to.

At that session I met a police officer who felt she wasn’t a role model – but I told her that just her being out at work was an important enough step that junior colleagues could follow. That interaction made me realise that role models don’t have to be famous, they’re not to be put on a pedestal, and they’re certainly not perfect – the best role models are regular folk, being their authentic selves every day, and standing up for what they believe in.

My great grandmother, Elsie Pickford, was one of these women. She was elected as one of the first (or possibly the first!) female Councillors of Llanharry in the late 1920’s, just after all women were given the vote. She was a true pioneer of women’s rights locally and I hope that I can do her legacy justice in these elections (in the photo above I am holding a photo of my great grandmother as I meet with the Mayor and Mayoress of Rhondda Cynon Taff, Barry and Barbara Stephens).

Since joining The Women’s Equality Party I have been surrounded by amazing women from all walks of life, all of whom have become role models to me in one way or another. Just this weekend I met some women from theAhmadiyya Muslim Community in Cardiff at a seminar about Muslim Women in Britain. Their motto, ‘Love for all, Hatred for none’, is something we could all adopt, whether we have faith or not.

There are so many fantastic women in the UK with skills that are undervalued and go unrecognised. For example, last week in the news it was reported that just 13% of London’s blue plaques feature women. These blue plaques rely entirely on public nominations so let’s get nominating! We need to celebrate our wonderful women!

This International Women’s Day, I’d like us to celebrate our role models, and maybe let them know that they’re a role model to you. As women we are sometimes too modest and don’t take compliments very well so this would be good practice! This election I hope to be a role model to Welsh women, to LBT* women, and to be an ally to all women.