Our results from Wales - Women's Equality 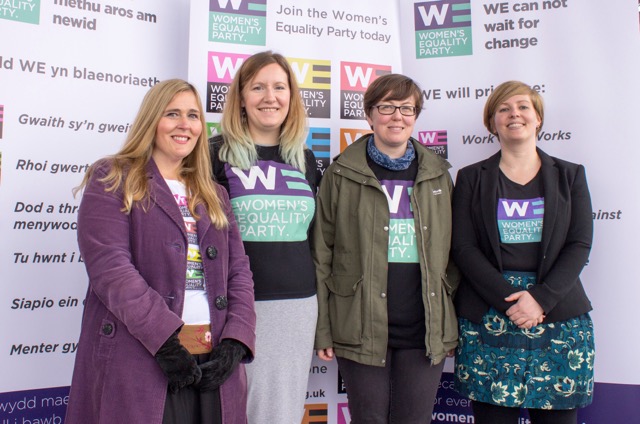 Our results from Wales

Our results from Wales

Today WE celebrate the results of our first elections for the Welsh Assembly.

WE won 2,807 votes in the South Wales Central region - 1.2 percent of the vote, with a strong showing in Cardiff - just ten months after WE opened our doors to members.

“WE are overwhelmed by the support we have seen in Wales in such a short space of time,” said Welsh Assembly candidate, Sarah Rees. “We may not have won a seat yet, but we have certainly won the hearts and minds of thousands of people who want to live in a more equal Wales.”

“With every vote, WE have shown the other political parties that women’s equality matters and that women’s needs and experiences must not be overlooked in an election,” she added.

Sarah Rees, Sharon Lovell, Ruth Williams and Emma Rose stood for the regional list in South Wales Central – the first ever candidates to represent the Women’s Equality Party (WE) in Wales.

“Throughout our campaign, the message on the doorstep was that people are fed up with waiting for equality. We heard time and again from voters that they want to see an end to the gender pay gap and better work-life balance,” said Lovell.

“WE have had an incredible election campaign,” added Williams, “and it has been an honour to meet so many engaged voters, and to introduce the Women’s Equality Party to Wales.”

Party leader Sophie Walker, who is awaiting the results of the London Mayoral and London Assembly race, added: ‘WE have had a wonderfully positive campaign. I am very proud of our Welsh candidates and all they have achieved in such a short space of time.”

“This, along with our fantastic showing in Scotland - where we achieved 1.2 percent of the Lothian vote, beating RISE and Solidarity - has established a strong base on which we can now build for the future. WE have got out there to be the change we wanted to see.”

WE will continue to push for equal pay, better provision of childcare, an end to gender stereotyping in schools and the elimination of violence against women and girls.