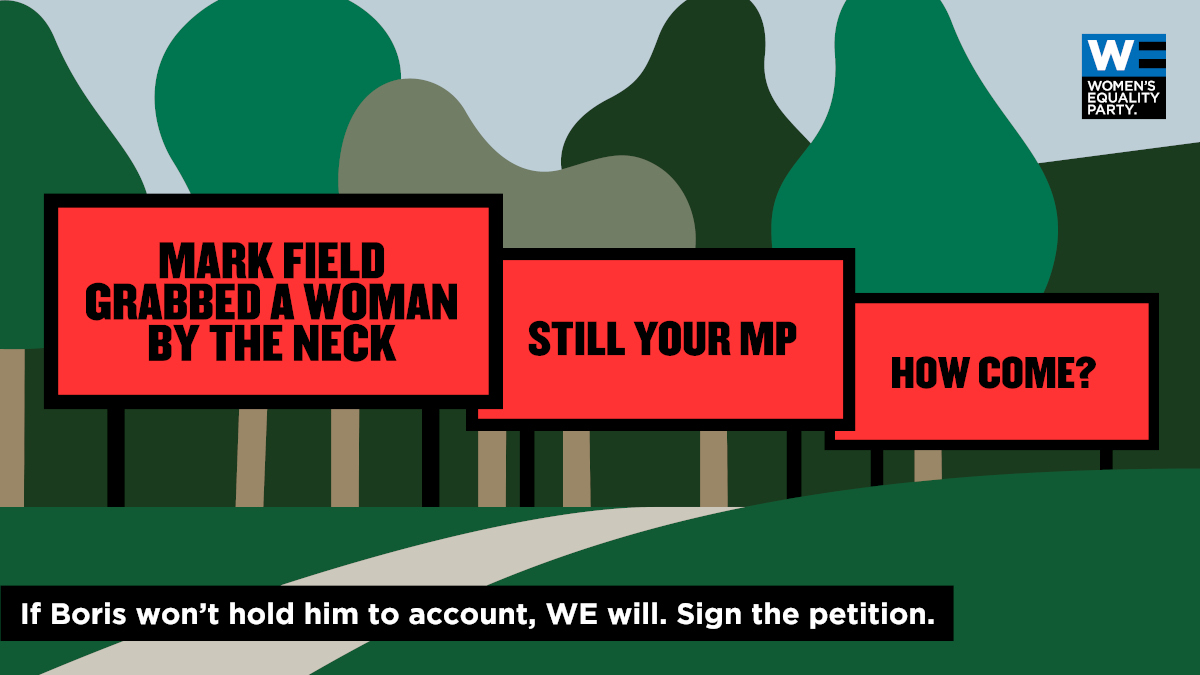 Grabbed a women by the neck. Still your MP. How come?

Today we launched a billboard condemning the new Prime Minister's decision to drop the investigation into Cities of London and Westminster MP Mark Field and calling for his constituents to be given the power to recall him. The politician was captured on film aggressively pushing peaceful Greenpeace activist Janet Barker against a pillar and grabbing her by the neck.

Violent people have no place in Parliament. Constituents should have the power to trigger a by-election where their MP has attacked someone.

Field is only the latest in a string of MPs who have been accused of committing acts of aggression, harassment or assault against women while in public office, and yet not one of these men have lost their job as an MP.

Former MP Fiona Onasanya lost her Peterborough seat for lying about a speeding offence and Chris Davies faces a by election his Brecon and Radnorshire seat for falsely claiming office decorations on his expenses. However, the MPs accused of harassment, violence or rape during the Pestminster scandal continue to sit in parliament, as does Mark Field - despite attacking a woman on camera.

The lack of accountability in Westminster is unacceptable. At a time when one in five people working there has reportedly experienced harassment, this failure to act on violent behaviour sends a strong message that politics is not for women.

It is vital that constituents be given greater powers to hold their representatives to account when they exhibit violent behaviour. Mark Field grabbed a woman by the throat. The public should be able to send the message loud and clear that men like this do not represent us.

I am calling on the Government to remove Mark Field as a Member of Parliament and grant constituents the power to recall MPs in all cases of violence or sexual harassment.