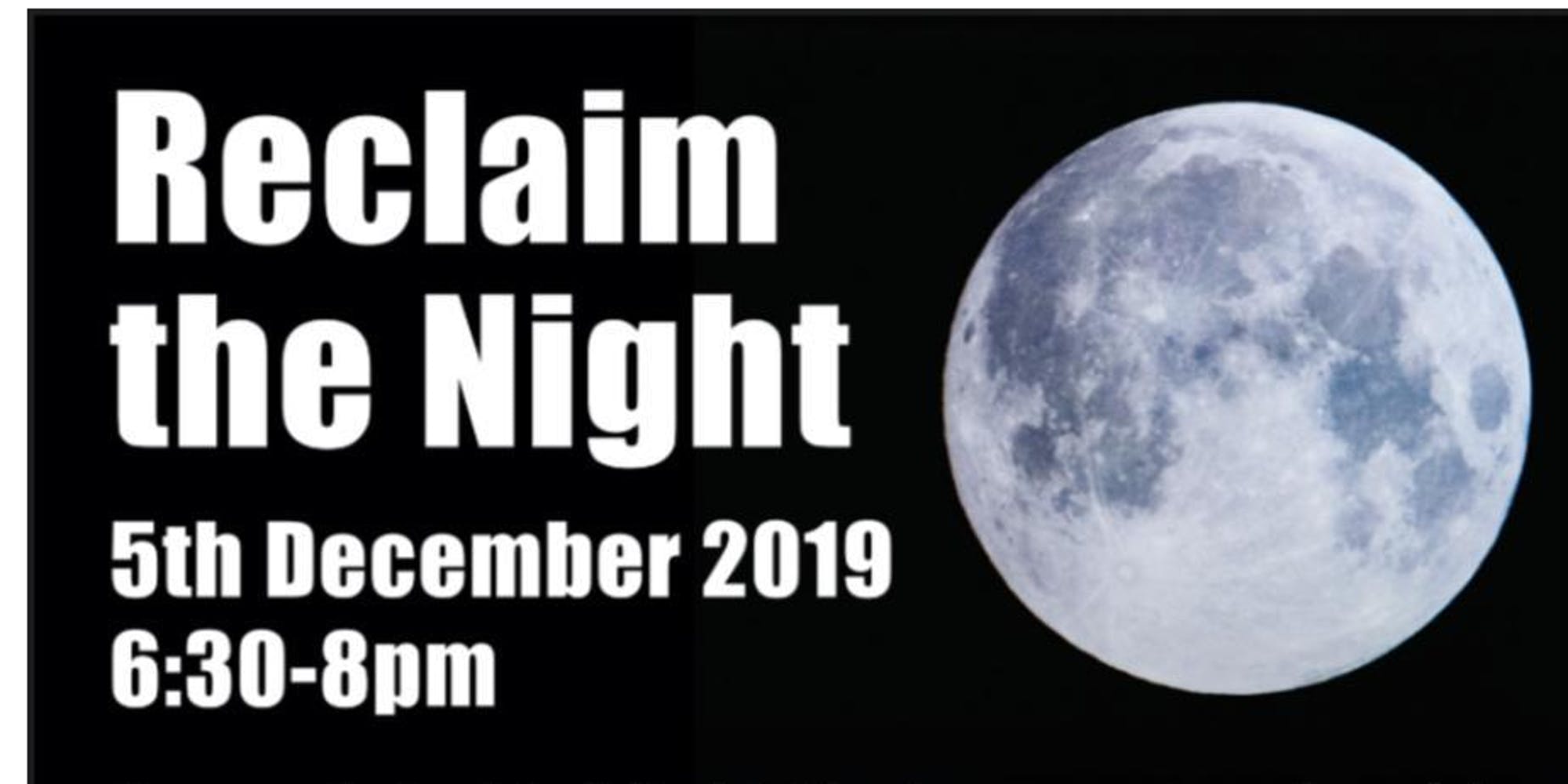 Join us to Reclaim the Night

Join us to Reclaim the Night

We know that women often feel unsafe at night, particularly when they are on their own, and that this affects their movement around public spaces.

Women often report feeling scared in car parks, bus and train stations and other public spaces when on their own. They modify their behaviour - carry potential weapons, pretend to speak to people on their phones, cross streets, change routes, avoid places - in an attempt to manage their personal safety when walking alone at night.

This perception of fear coupled with the very real incidence of sexual harassment and violence - across Europe, more than 81% of women reported being harassed before the age of 17. 1 in 5 women in the UK will be raped - are so normalised among girls and women that they don’t often consciously register them as a violation of their rights.

As part of the #16 Days of Action (against violence towards women and girls) the Worcester branch of the Women’s Equality Party - in partnership with West Mercia Rape & Sexual Assault Support Service, West Mercia Women's Aid and Worcester Community Trust - are organising a Reclaim the Night March in Worcester to raise awareness and to provide a space for women to voice their concerns about their safety in Worcester.

We’ll also hold a minutes silence at the end of the march and a pop up tea party - bring a flask of tea.

Meet us at 6:30pm on the 5th December outside Be The Change Cafe, next to the Cornmarket Car Park. We'll march down the Shambles and the High Street, singing and making some noise.

Outside Be The Change Cafe, Worcester
Be the change
Worcester WR1 2DJ
United Kingdom
Google map and directions