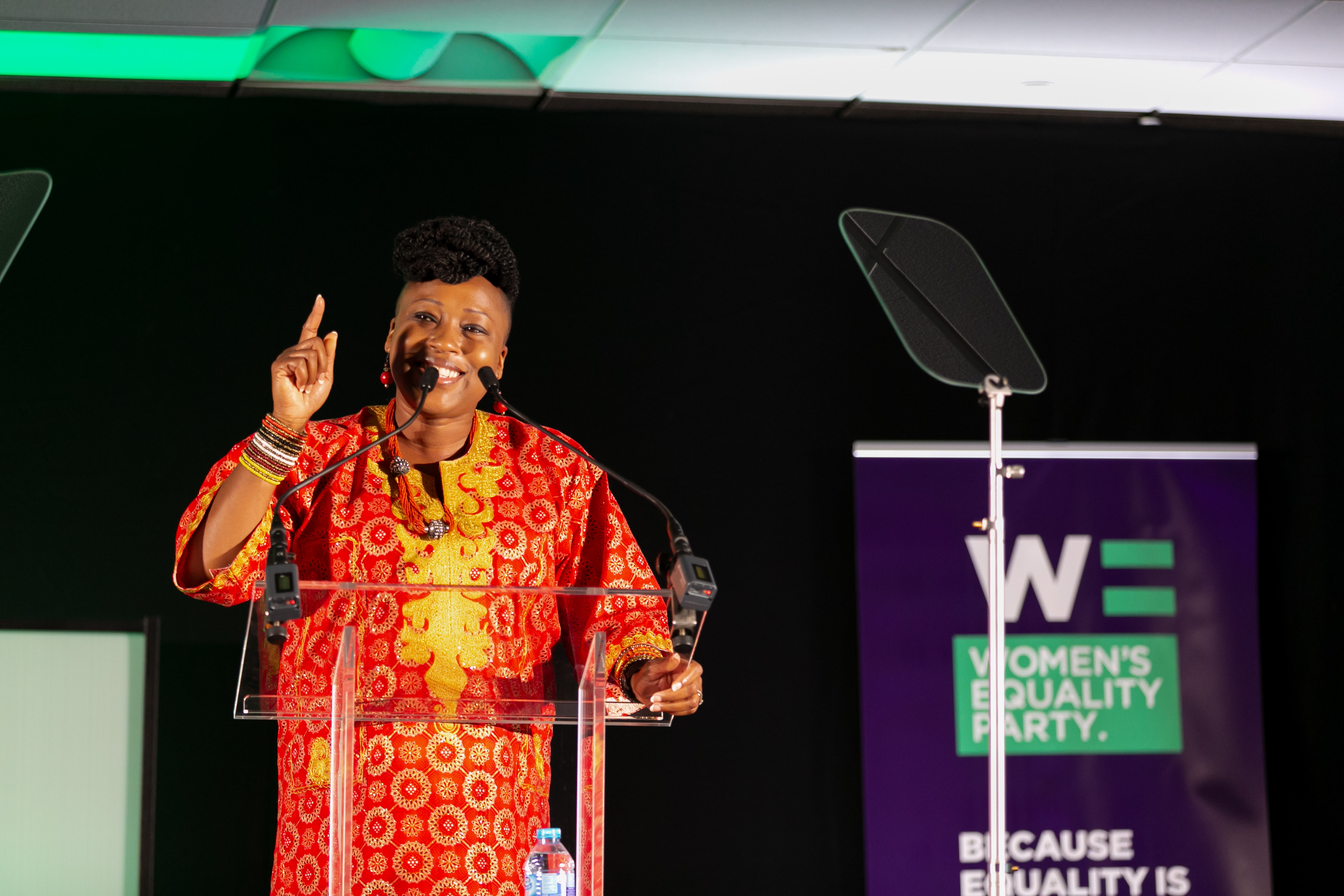 The Steering Committee is the Party’s central decision-making body outside of Party conferences. It steers the direction of the Party by agreeing strategy, planning ahead and reacting to internal and external factors. It monitors the Party’s activities and outcomes against its mission, aims and objectives, and makes sure the Party’s activities are within the budget it sets and approves each year. It is also the body with the sole discretion to decide when and where WE stand candidates in elections.

Your Steering Committee members, as of September 2018, are:

Sandi is a writer, comedian and broadcaster who co-founded the Women's Equality Party in 2016. She is the current Chancellor of Portsmouth University and is involved with many charities focusing on civil liberty, women’s rights and education. Sandi was awarded the Lifetime Achievement Award at the British LGBT Awards in 2018. 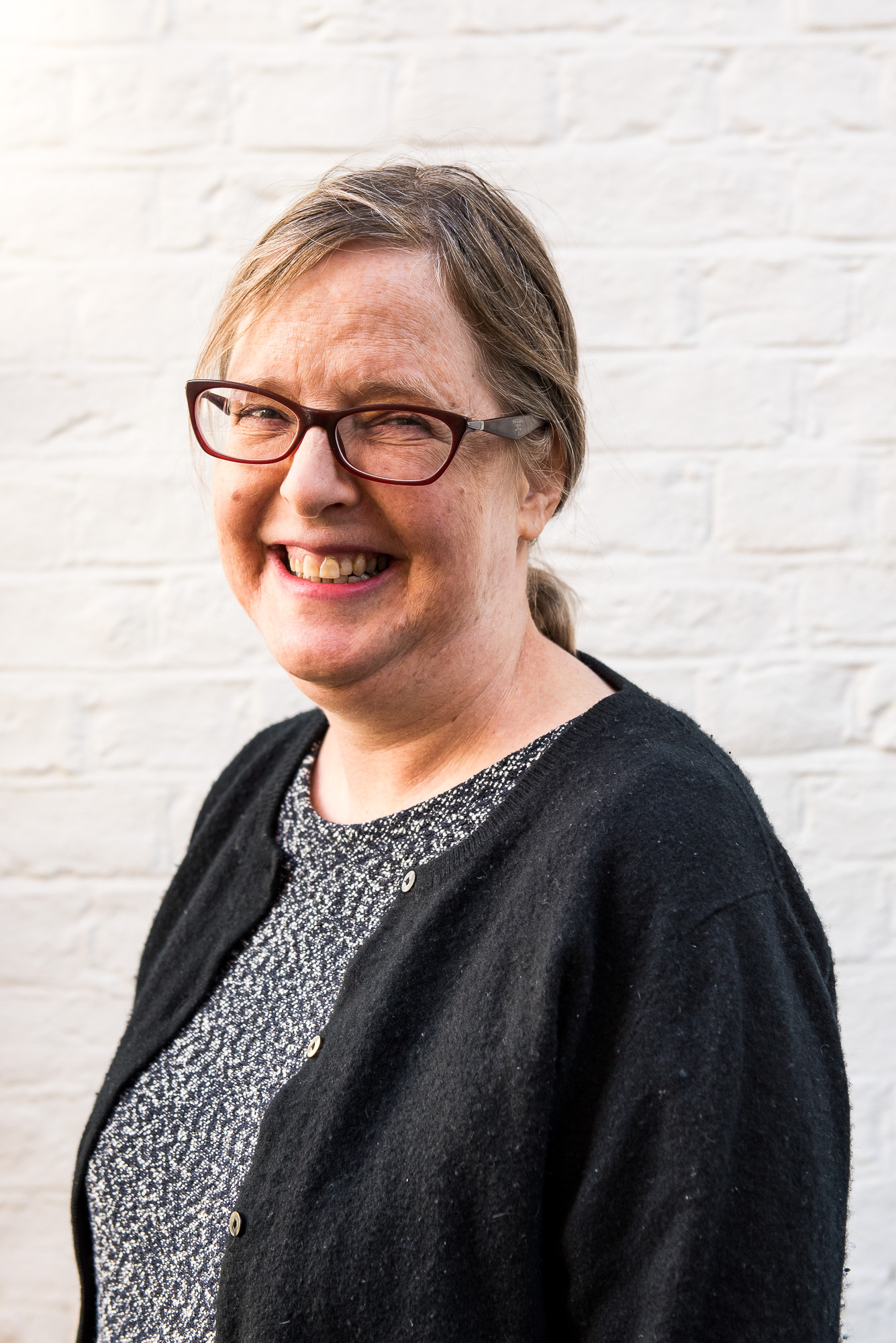 Ali Smith was brought up in a highly political family who thought equality should be a given, and she's used this incredible privilege all her life to try and afford everyone else the same democratic freedoms. Ali is an editor and legal proof reader by trade, and has edited everything from academic journals to children's fiction.

She joined WE because being part of a party that works for women's rights and true equality seemed the only logical thing to do, and she hoped she might be useful.

Annie Rickard spent most of her career in advertising and media. She was a co-founder of Posterscope in 1983 and left in March 2018. During that time, she built a global network with 57 offices in 34 countries.

Annie is passionate about gender equality; having developed multiple initiatives to mentor and teach women globally during her time as Posterscope's Global Executive, she is a champion of direct action as the only way to ensure women's voices are heard. Annie is also a keen learner and is dedicated to improving diversity within the party. She is a founding member of WEP and is also part of the WEP Development Committee. She lives in London with her two children, Thomas and Elizabeth, and (most importantly) their cat, Ida.

Barbara Guest was brought up on a Council estate in Manchester and has been an activist since she was a teenager, becoming involved in the women's rights movement when she went to polytechnic in Coventry at the age of 18 years. She's a founding member of WEP and has been active in the Manchester branch since August 2015. Her professional background is in social welfare law - delivering and managing free legal advice services to help alleviate poverty and prevent homelessness.

Bea Gare is a former British Diplomat. In mid-career she undertook a PhD in biological sciences and rejoined the FCO after a short stint running her own Environmental Consultancy.  Her work in the FCO concentrated on multilateral arms control including 5 years in Vienna at the British delegation to the OSCE.

Bea joined WEP in 2016.  A lifetime of watching Westminster politics led her to the only party with policies on equality and PR as part of their manifesto.

Chris is a highly strategic business and charity leader, specialising in the growth of small organisations on a global scale. Chris is a Trustee of Just Like Us, an LGBT+ charity for young people; Non-Executive Director of Leaders Unlocked, a social enterprise giving young people a voice and has recently been appointed to the FA’s Inclusion Advisory Board.

Francesca Pridding is a lawyer and a town clerk from rural Mid-Wales hoping to change the world for women with the help of her twin 18-year-old daughters.

She is passionate about equality in every aspect but particularly politics, sport, and education.

Janet Baker is a founding member of WEP and an active part of the Lambeth branch, running the communications for the past two and a half years. She stood for council elections in May 2018, lead the 'buffer zone' campaign in Lambeth, and will continue to learn, listen, and stand up in order to make a difference.

Leila is delighted to be a Steering Committee member and sharing her experience and skills from working the charity sector as Head of Funding, being the Lambeth branch leader, and a long-term feminist advocate. Being mixed race, from a deprived background and suffering from various chronic health conditions, including endometriosis, Leila hopes to apply race, social-economic and disability lenses to the role.

Rebecca Lammers has an entrepreneurial spirit running a business that specializes in music, entertainment and social media, all of which are sectors where women are underrepresented and underpaid. Rebecca has over a decade of experience working in predominantly male-dominated sectors with skills in account management, partner management and project management. She is keen to close the gender pay gap and has mentored women in the music industry over the last few years. She is proud to call the Women's Equality Party her political home.

Sian Godwin started her working life in a marketing, design and advertising consultancy, eventually choosing to train and work as a Nursery/Early Years Teacher in Inner London schools. She now works supporting young people with autism and communication difficulties. She is also training as a Jungian psychotherapist and practises at a Women's Counselling Centre.
Sian is dedicated to using her own experience of recovery from mental breakdown to help women find their own path to health, happiness and empowerment. She believes in mutual respect, inclusion and diversity. 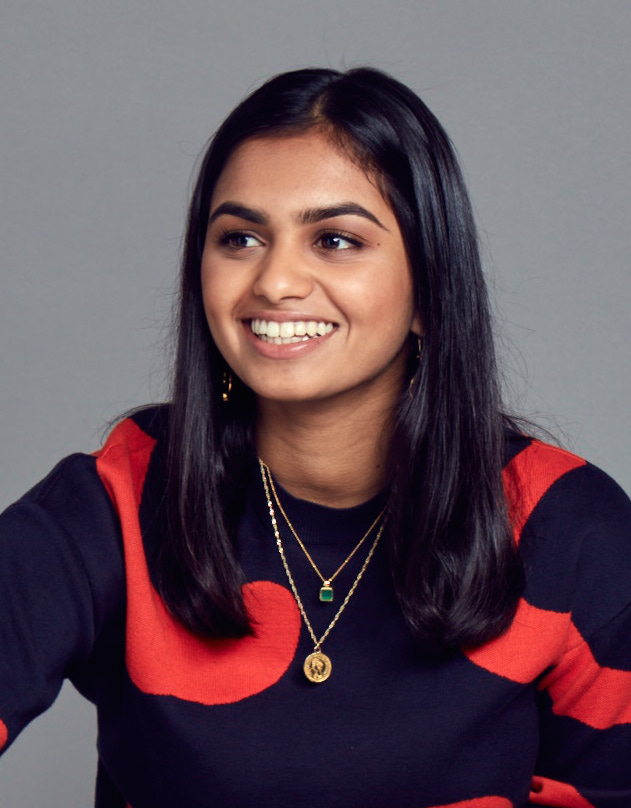 In 2017, Amika started the #FreePeriods movement which calls on the government to provide free menstrual products to children from low-income families. While studying for her A-Levels, Amika campaigns to debunk the stigma around periods, work to reframe the way menstruation is viewed by society and raise awareness of period poverty wherever she can.
Amika is working with the WEP because she believes it's time that women's voices are heard, regardless of age. We need to be more demanding in seeking equality, and need to be constantly questioning and challenging to make sure our needs are never just an afterthought.

Athena is an acclaimed writer and actress having worked with such organisations as Channel 4, Shakespeare’s Globe, Finborough Theatre and BBC. She is passionate about increasing the breadth of stories told about women and minority groups in the media. Additionally, she was born with Cerebral Palsy and has acted as an independent transport consultant.

Athena joined the Party out of frustration when she found her own voice silenced and overlooked by every sector of society. Her hope is that women in politics will create a new form of power that liberates all members of society to be the best that they can be.

Dr Shola is a dual qualified lawyer with broad corporate and commercial experience in the financial services industry with key focus on corporate investment banking and asset management. She is also an author, public speaker and Huffington Post contributor.
Dr Shola is an activist for women's rights and was at the forefront of the January 2017 Women's March on London. She has written a number of articles addressing the challenges faced by women.

Yvonne is an entrepreneur working in the Communications, Marketing and PR industry. She has advised corporates, public sector, educational establishments and government, developing a reputation as an activist and a campaigner for supporting women and minorities in business.

In 2003 she received a CBE in Her Majesty Queen Elizabeth II Birthday Honours List for her work with small business, women and minorities.  In 2005 she received a doctorate for her work with women and minorities in small businesses and supporting entrepreneurs from London Metropolitan University, and in 2015 she received her second doctorate for work in Global Diversity and Equality from Plymouth University. In 2015 she published her first book, “7 Traits of Highly Successful Women on Boards". A book promoting greater gender diversity in company boardrooms.

Alison Holder is Director of Equal Measures 2030, an independent civil society and private sector-led partnership that connects data and evidence with advocacy and action, helping to fuel progress towards gender equality.

Alison has nearly 20 years’ experience working in international development and the private sector, including leading policy, advocacy and campaigning work on issues ranging from inequality, tax justice, accountability, and corporate responsibility at Action Aid, Oxfam, and Save the Children. She has also worked on livelihoods projects with women’s groups in India and small business development in South Africa.

Beverly Chandler is a managing editor who manages and curates social media, interviews, and news features on finance.

With experience of working in the journalism and finance industries, she has seen first-hand the inequalities in terms of both pay and career progression between the genders, igniting a profound desire to see equality achieved across personal and work environments.

Judith has a Master's Degree in 'Shakespeare and Theatre' from the University of Birmingham as well as a BA (Hons) from the Open University in Literature. Her studies have enabled her to explore the language used towards women and femininity and how such language influences the perception of gender.

In her career, Judith has worked as a Project Manager overseeing the refurbishments of public libraries, and as a Development Librarian working in hard to reach social areas. Her library work has shown her the value women bring to communities in terms of education, mutual support, and a flexible approach to collective problem solving.

She believes that The Women's Equality Party is the optimal platform to challenge the current social narrative and collectively cause a seismic shift in order to establish a truly equal society. 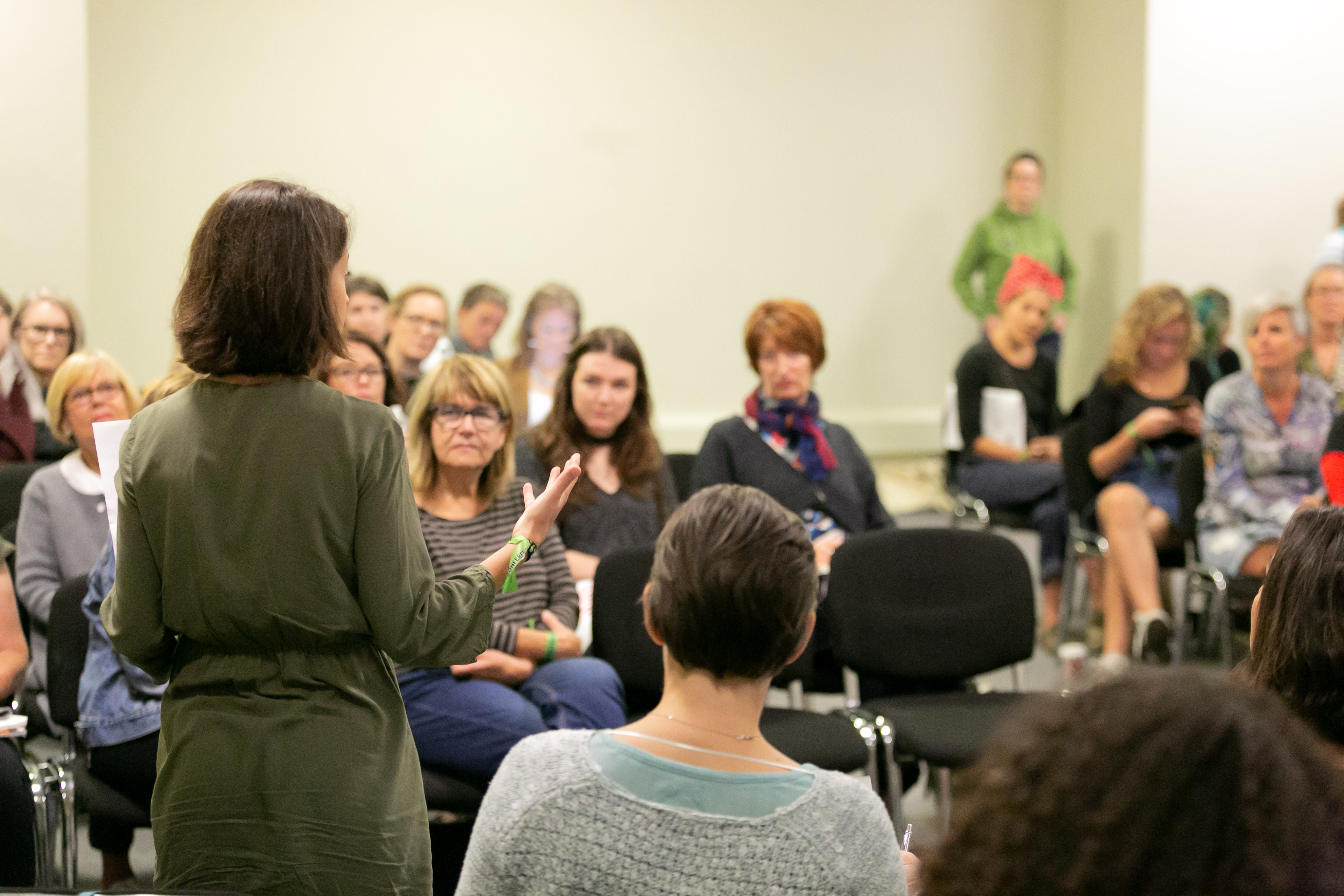 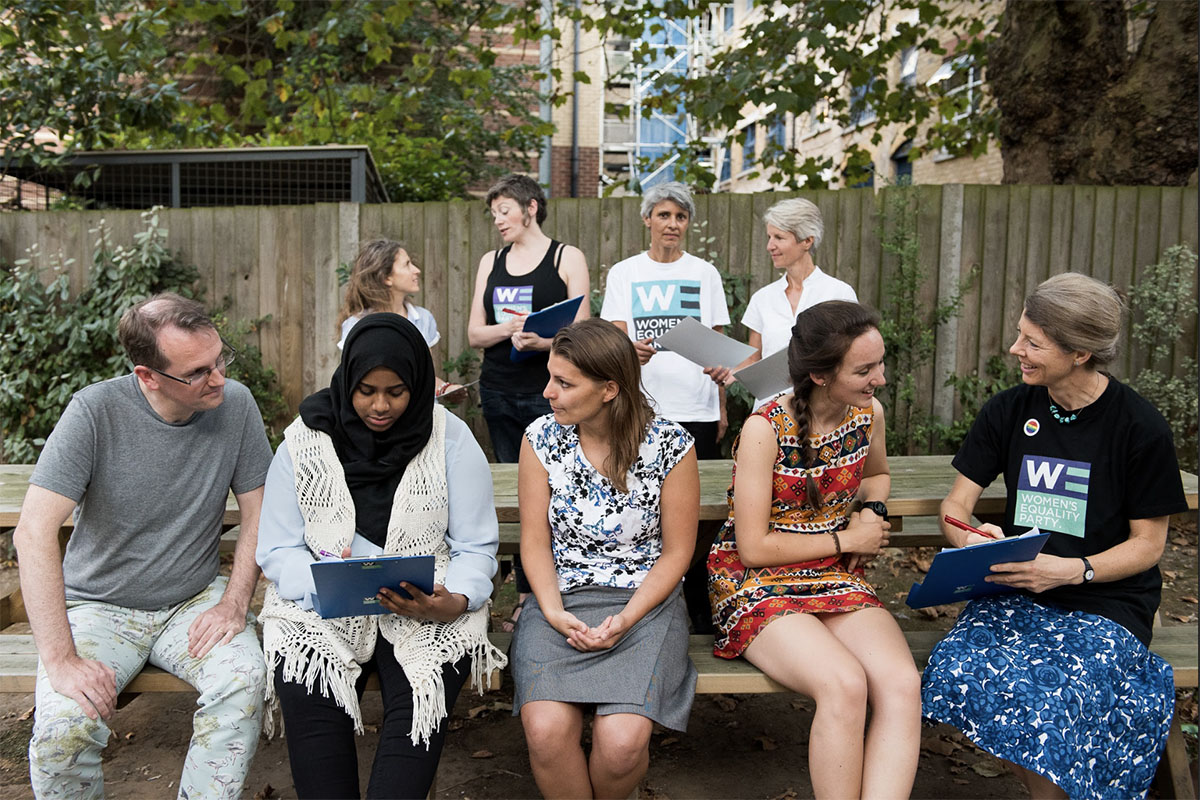 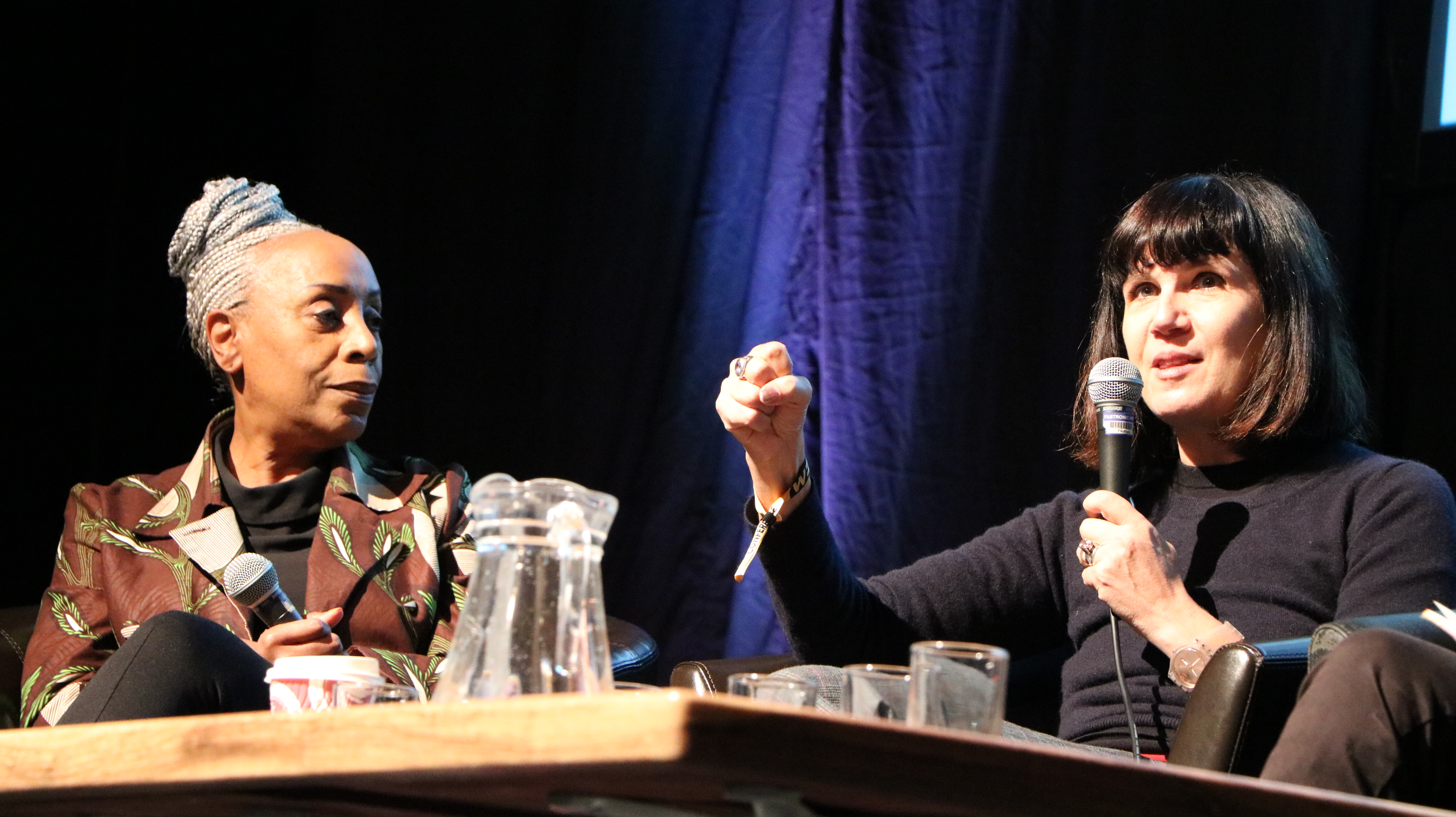