WE in Southwark just had an amazingly busy weekend with three community events back to back! 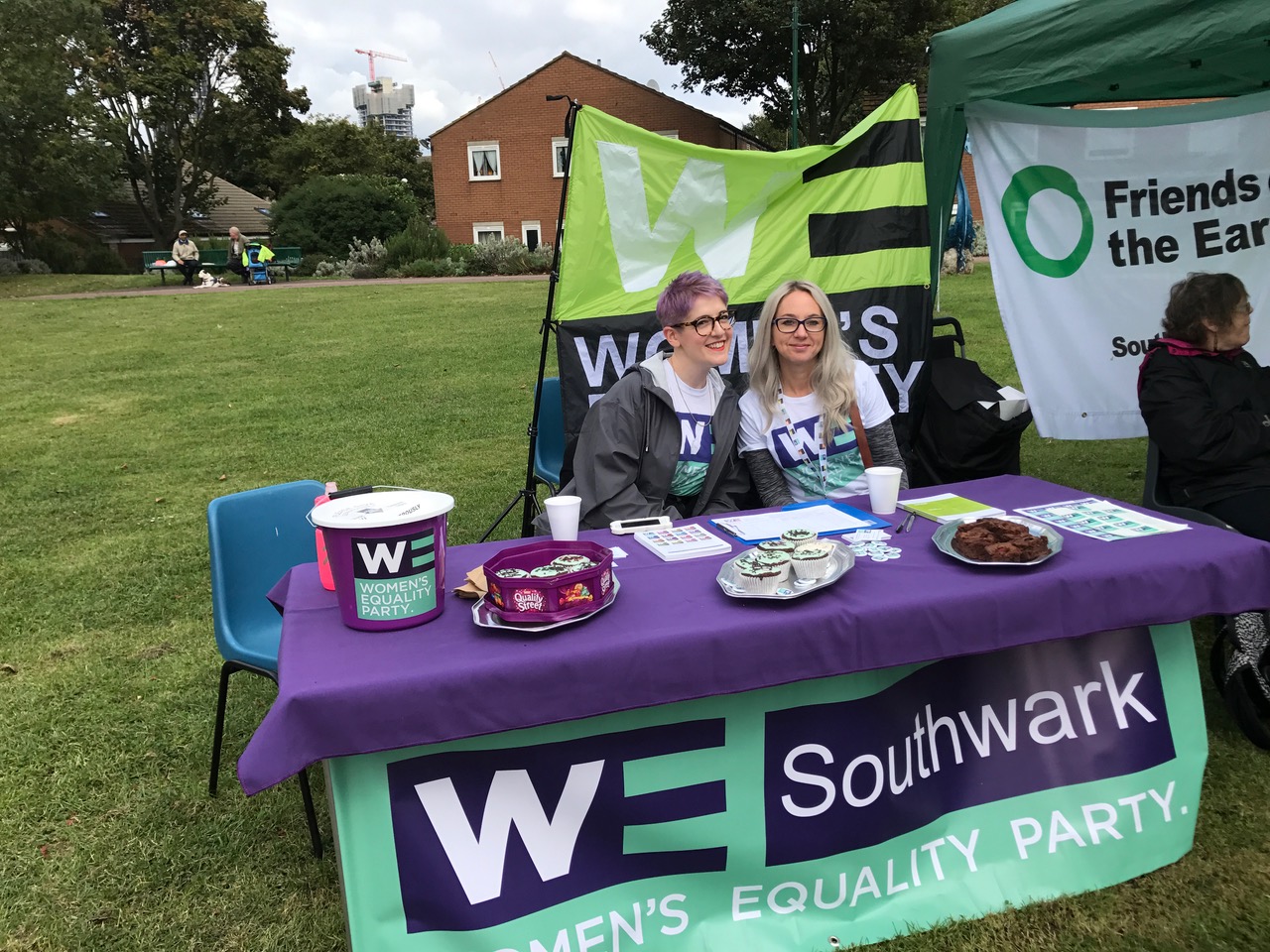 On Saturday 19th WE were at the Pasley Park Fete, Kennington, where we enjoyed talking to the local residents about what issues matter to them most. We did get rained on a couple of times quite heavily - but it didn’t dampen our spirits for talking about all things equality, neither did it deter the local kids from buying our fabulous home made cakes! 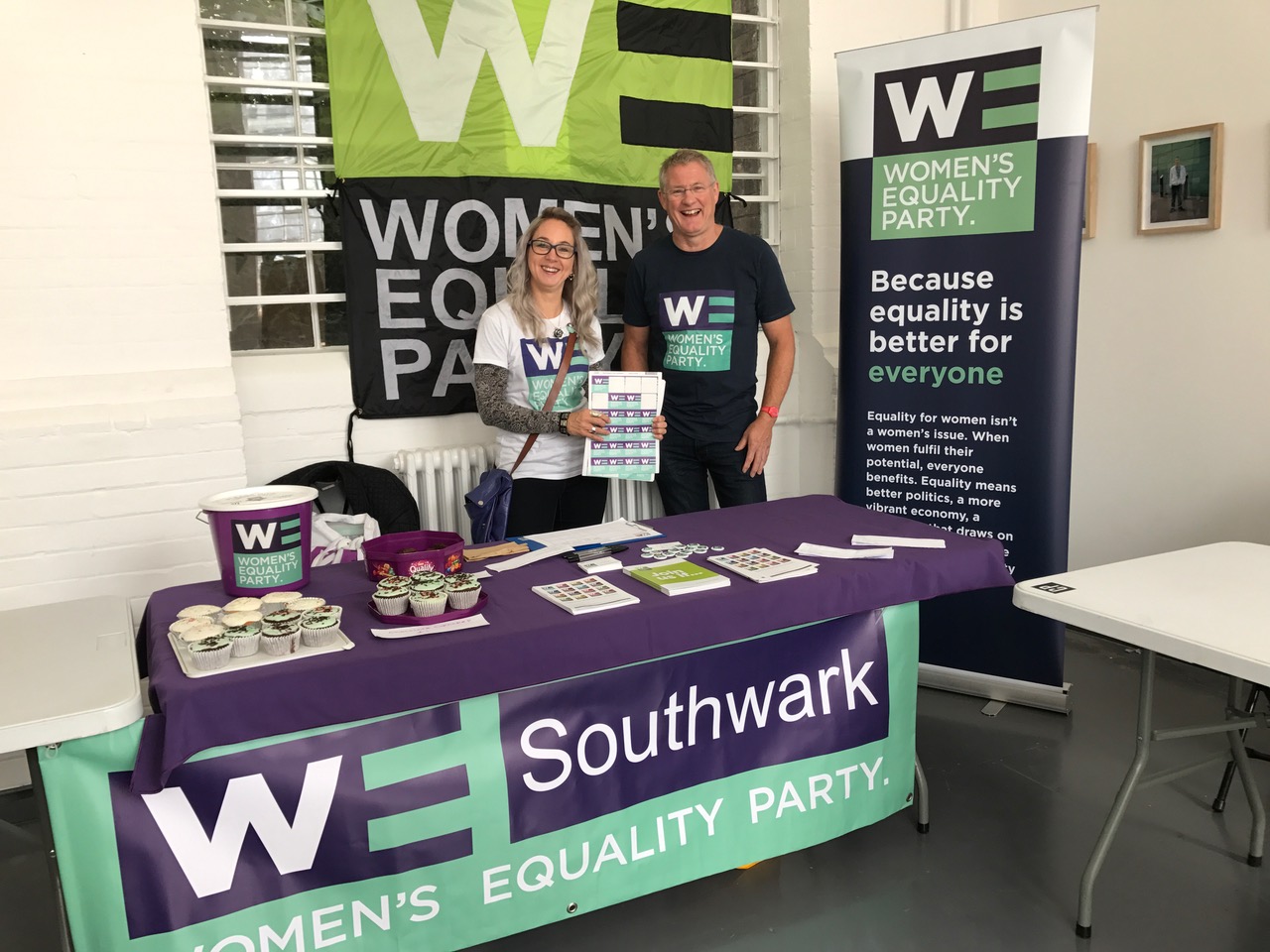 Later on WE held a Fringe event as part of the Peckham Festival, at Space 61 in Nunhead, where we revived five forgotten heroines of Southwark and had a great time educating our audience - and ourselves - about each character and what they have done for women's equality, as well as throwing in some ideas on what they would think of Southwark today, what are it’s biggest issues, and choosing a feminist anthem to represent them! Cake was also involved.. 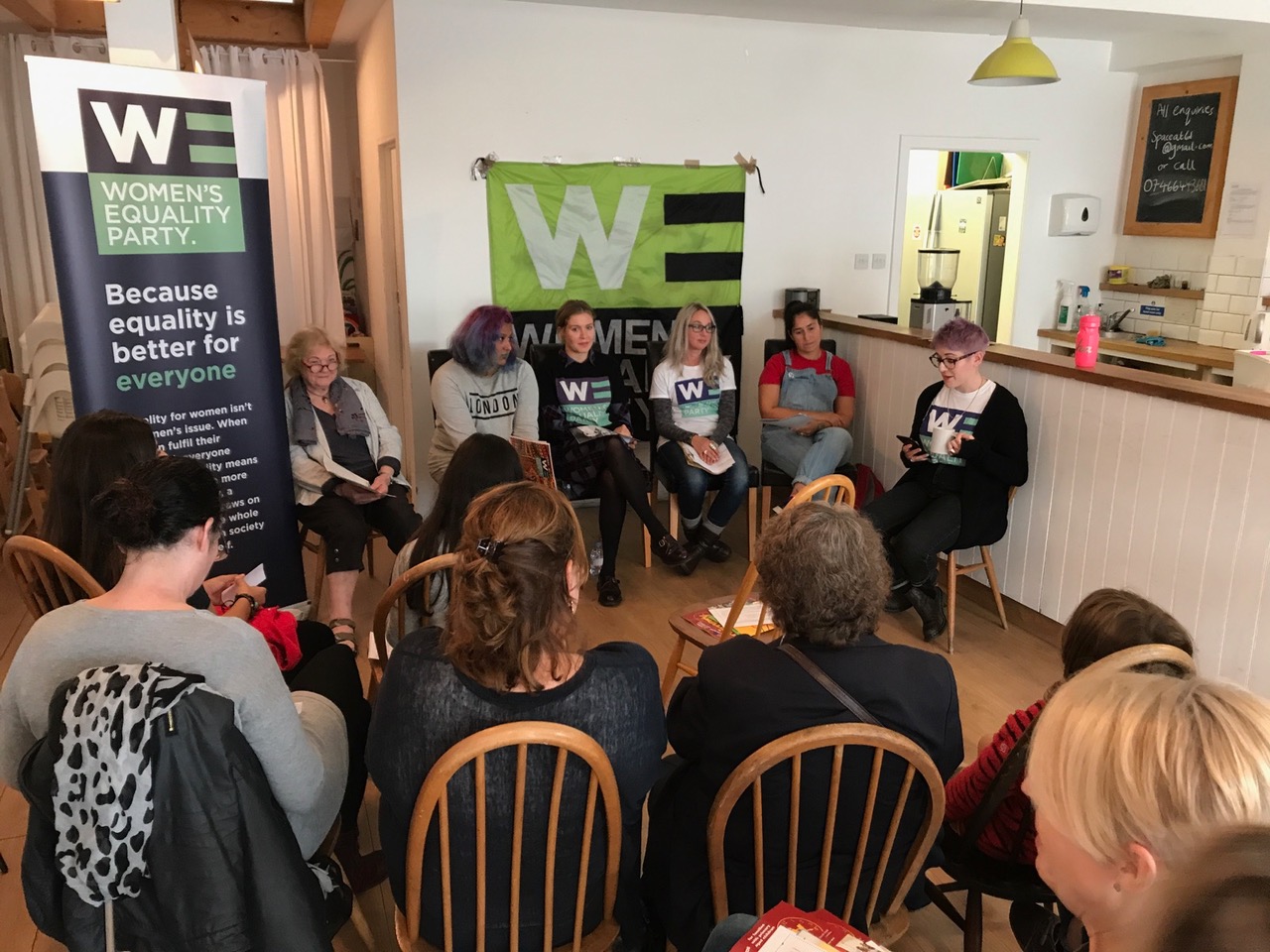 Sunday 17th saw us setting up inside the Community area of Copeland Park / Bussey Building in Peckham for the Peckham Festival. Nearby the stage, it was a prime spot to hear the music and to sticker all the dancing kids nearby with WEP stickers.. We gathered a lot of information that afternoon on what are the most important issues to Peckham Residents. It also gave one of our Co-Branch Leaders a chance to pretend to be on the 'Apprentice' when 6pm came, by going outside with our donation bucket and the last of the cakes, tempting the crowds watching the music into buying them!