It’s important and significant that Claudia does not shy away from using the label ‘difficult’. Why? Claudia shares some heartbreaking statistics. Women are responsible for ⅔ of the world’s working hours but make only 10% of the world’s income. We produce 50% of the world’s food and own just 1% of the land. Globally we now outperform men but work well below our competence level, (Tom Schuller in ‘The Paula Principle’).

During the event, we tweeted this staggering fact, explaining that this is just one of the reasons the Women’s Equality Party exists. Unsurprisingly, the ‘leader of the MASCULIST movement’ responded with the oh so predictable and validating comment: “You exist because women don’t work as hard as they could/should?” 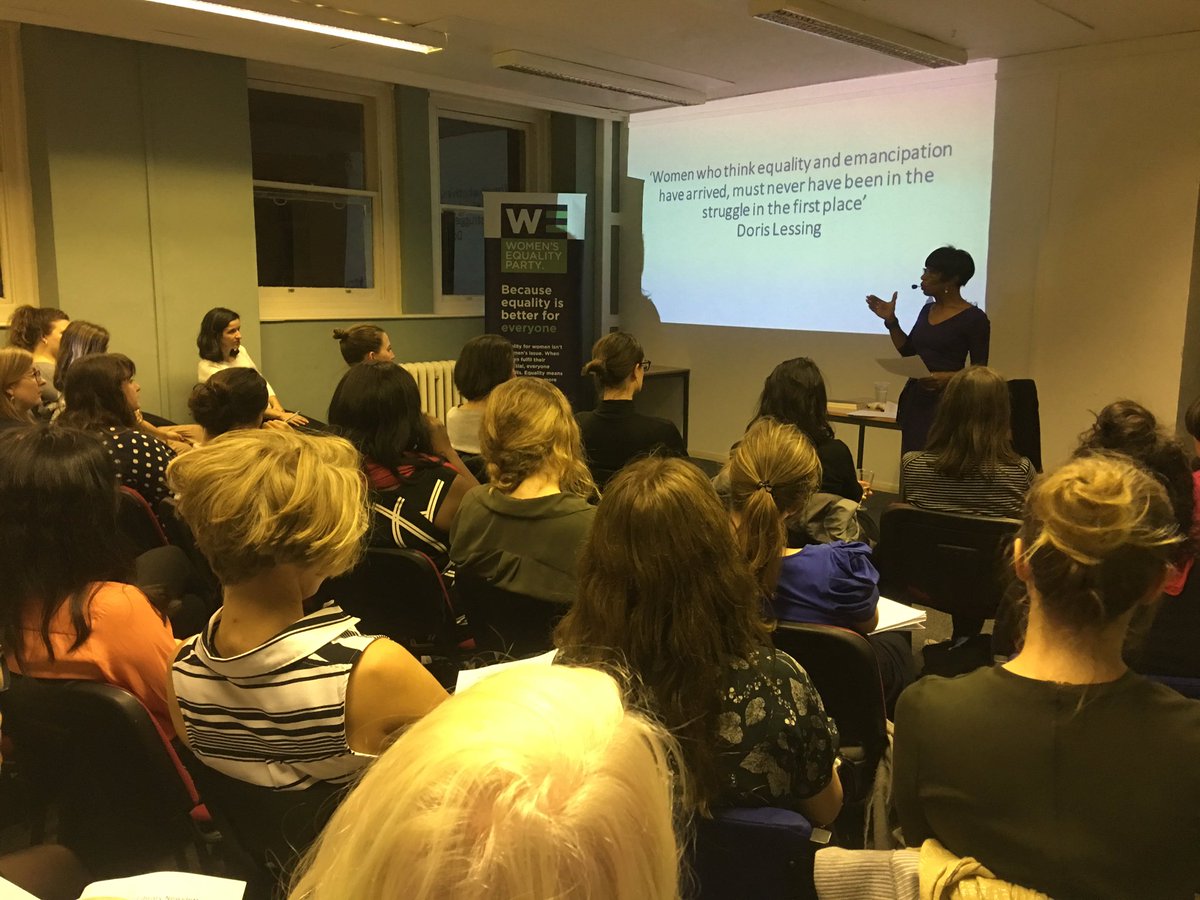 It’s crystal clear really, just how important Claudia’s work is for the strengthening, confidence-building and empowerment of talented women.

Claudia goes on to share a very personal story with the audience This is the story about the exact moment she decided to change her life by becoming the ‘difficult woman’ she was accused of being. “Women in authority are often seen as threatening” and are thus sometimes victims of abuse and violence. She recognises that in order to succeed and challenge this prejudice, it’s important to be a ‘difficult’ woman, but re-frame it and see it from a positive perspective.

Claudia tells us how she decided she wants ‘to change the world, one woman at a time’. Her coaching and mentoring business enables women to demonstrate power and leadership, to challenge, to focus on being respected rather than being liked Her advice? “Be calm, be substantial and difficult, be principled.” She suggests we take inspiration from the Sufragettes.

The audience then had the privilege of gaining a step by step insight into a couple of aspects of her coaching methodology – knowing your values and identifying your why. “Knowing your values helps you to be a difficult woman for a greater purpose and stand for what you believe. Being a difficult woman with clear values increases your respect and admiration from others”. One especially lucky audience volunteer received a mini coaching session from Claudia, helping her find her ‘why’ in her path to becoming a difficult woman and focusing on what truly drives her personally and professionally.

Claudia skillfully combined personal experience, actionable advice and professional inspiration… with as expected, the calm, poise and authority of a truly difficult woman! Audience members took the opportunity to ask her questions and told us this was a truly confidence building session. 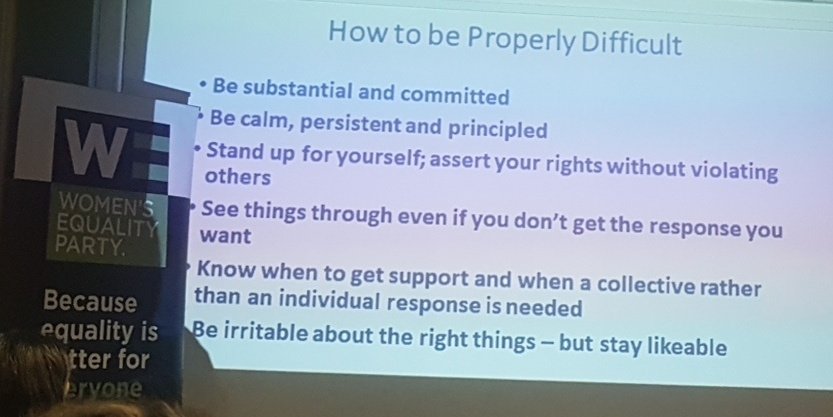 WE, like Claudia, are driven by equality and the belief that women's equality and opportunity makes a better society for all. WE be believe in doing politics differently and this is why we are dedicated to hosting events and conversations such as this.

Are there any themes or issues you’d like to see us cover? Let us know! Email us at: [email protected]

You can follow us on the following social media channels: