The Gender Agenda: Let's get women into Local Government!

The Gender Agenda: Let's get women into Local Government!

Did you know that of the total 650 MPs in Westminster, only 208 are women? That is less than a third. To get to at least 50% representation we need another 118 female members of parliament.* But the situation is even worse in local government: a third may be women, but only 17% are council leaders, and 3000 more female councillors are needed to make it 50:50.* One of the Women’s Equality Party’s objectives is Equal Representation and our very own policy document states:

“Government at all levels, from councils through the devolved legislatures to the UK government in Whitehall and Westminster, ought to lead the way on diversity, not be pushed into action by others.”

So, with local council elections coming up in early 2018 we were honoured to host an event on Monday 17th October, aimed at empowering women to get involved in local government. 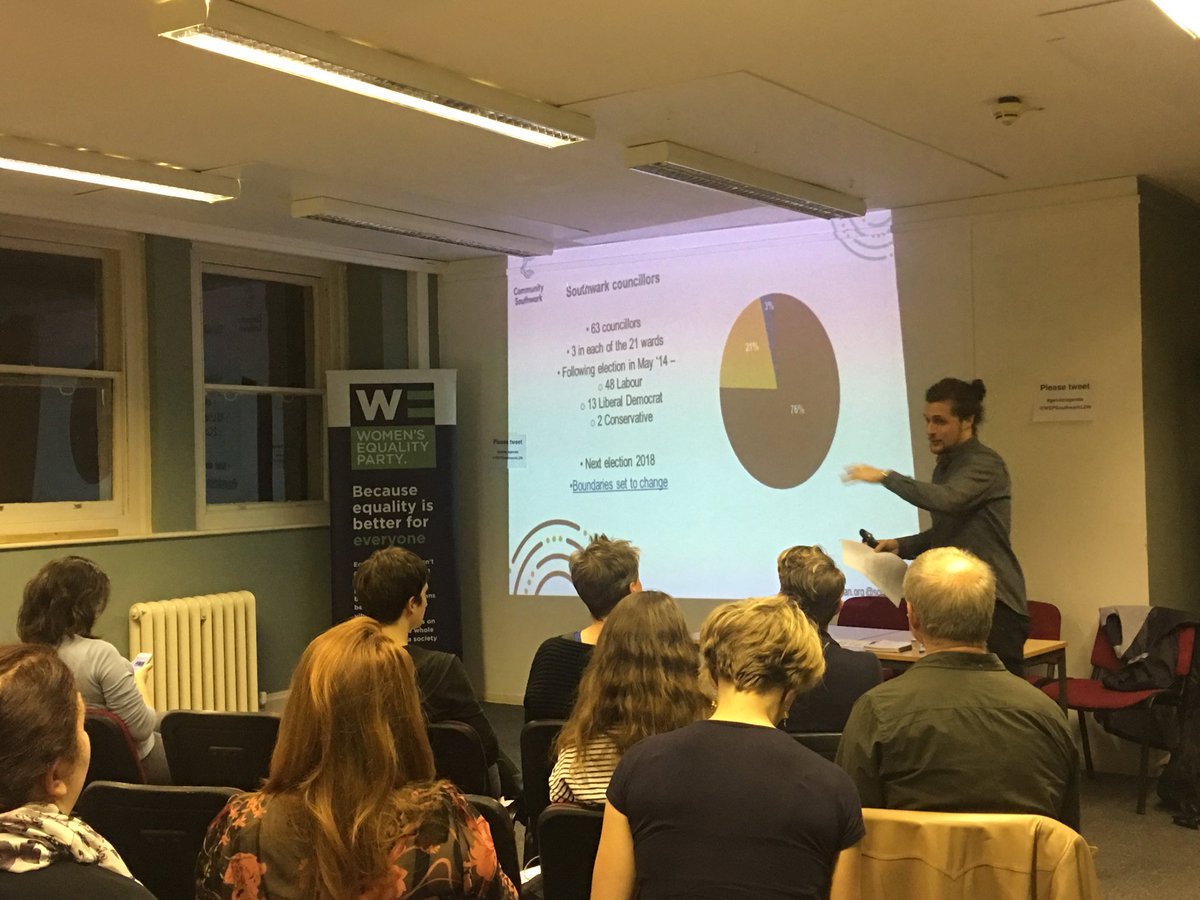 Our first speaker was Robert Jamieson from Southwark Community Action Network, he talked us through the structure of Southwark Council and the current parties represented. He talked us through some of the current councillors, and what sectors they represent; such as social regeneration, new homes, financial inclusion etc. Robert then went on to visualise the Council Committee structure for us, explaining that this structure is how decision makers are held to account. Community council meetings are open to local residents and give you the opportunity to submit issues for discussion. Robert closed by listing what allowances and expenditures councillors are entitled to: an important factor for enabling people to become Councillors. 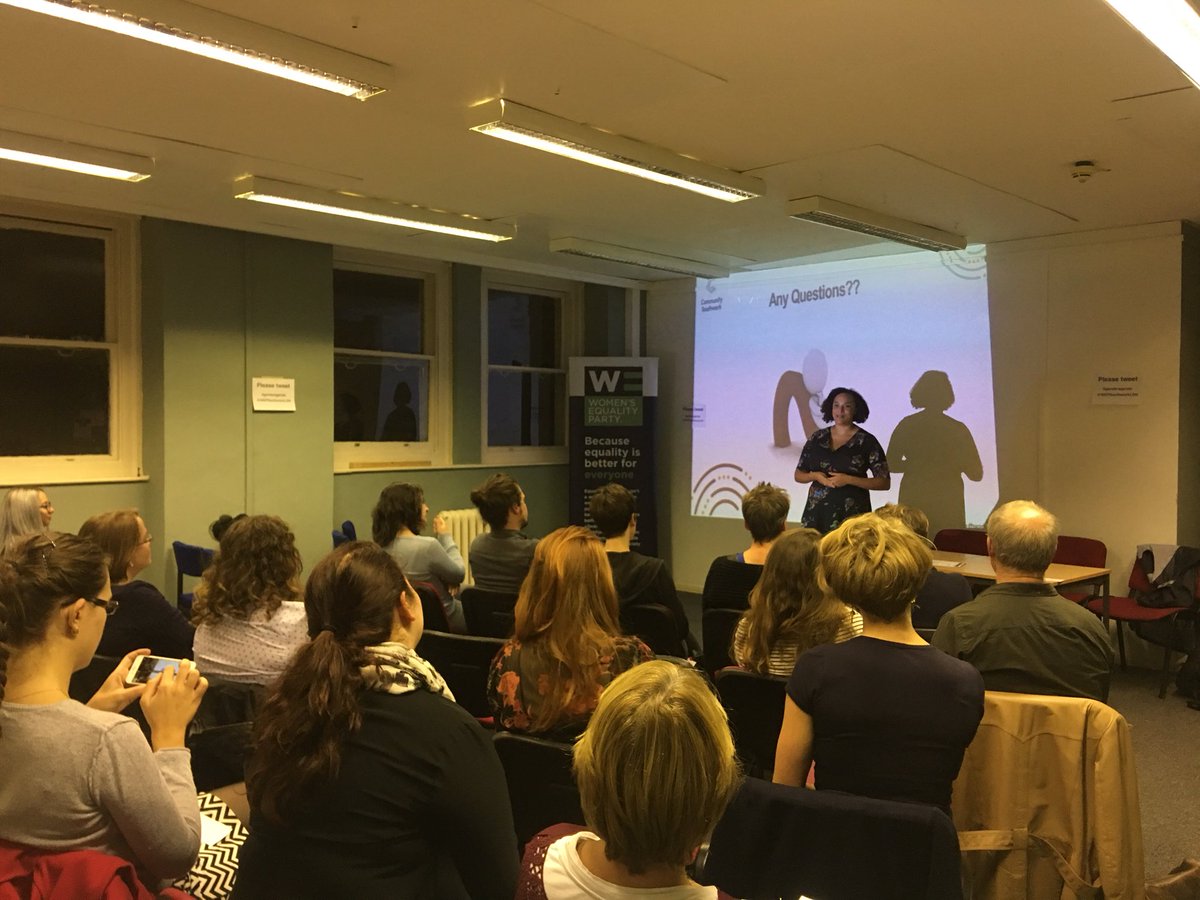 Second on our panel was the inspiring Samantha Jury-Dada from the Labour Party (Southwark’s youngest Councillor). She began by telling us the story of how she started her journey as a Councillor: she was elected as part of a by-election and had to get thoroughly stuck in! Which she definitely did. She spoke of her frustrations in local government when she has been unable to make changes. However, she also described the work she had done that had been really rewarding; such as the knife crime strategy she created, and her work to combat youth justice. She noted that “how we look at youth violence is gendered”, and she said that she is planning to look into the impact of youth violence on Southwark’s young women. Samantha closed by saying that as a Councillor it is really important to take care of yourself. Online abuse is a reality, especially if you’re a woman, of colour, and LGBT. BUT, as she explained - when you stand, you’re part of a team. People come together and support you... and as we were about to hear from Jo Shaw: we have to stand against the sexism and stand up for what we believe in, for the community. 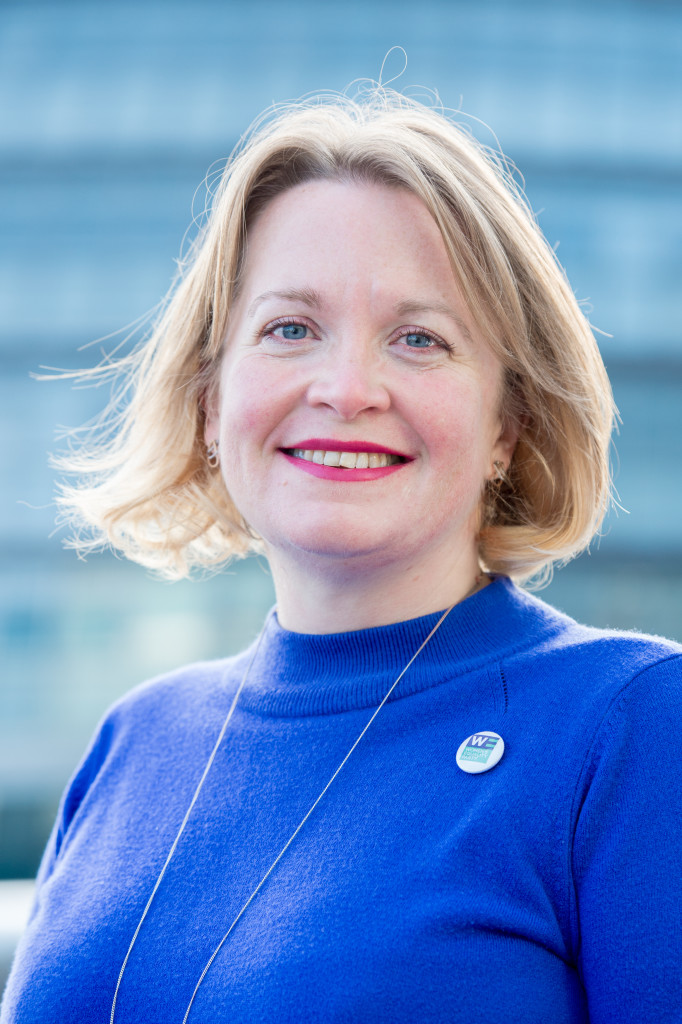 Lastly, we heard from the wonderfully experienced Barrister Jo Shaw. A 2016 WEP Mayoral Candidate and former Lib Dem Parliamentary candidate, she explained that ‘being creative’ is a big part of standing for government - local and national. She shared some stellar advice for any budding Councillors: “put aside worrying what people think of you and have a clear purpose and context for why you’re putting yourself forward. Don’t be hard on yourself.” Jo reiterated Samantha’s advice of self-care. When talking of the things that were great about being a candidate she said she found canvassing really enjoyable! She was initially surprised by this, but found that most people were delighted to be asked their opinions about local issues. This is what WE found when canvassing for the 2017 General Election. Would you like to try canvassing with us next year in the local elections? If so, get in touch! Jo poignantly bought the panel to a close, referencing “the privilege of standing for your values and your principles. Leadership in any form can be lonely, but you learn masses. You meet people you’d never normally meet.”

Never have truer words been said about encouraging women to stand:

“If not me, who? We need more and more women to stand in government. The job of equality is not done.”

Huge thanks to Jo for this powerful call to arms, to Robert for such useful and transparent insights, and to Samantha for such inspiring and encouraging words.

Are you interested in standing as a Councillor in Southwark for the Women’s Equality Party? Please let us know! We will provide coaching on our campaign themes and policy areas as well as a canvassing and campaign team.

Are there any themes or issues you’d like to see us cover? Let us know! Email us at: [email protected]

You can follow us on the following social media channels:

*Stats taken from 50:50 Parliament and the Institute for Public Policy Research