Why every feminist needs to embrace intersectionality: Talk by Dr Shola Mos - Shogbamimu

Why every feminist needs to embrace intersectionality: Talk by Dr Shola Mos - Shogbamimu

This week we kicked off our events series with the formidable Dr. Shola Mos - Shogbamimu

If you read nothing else, read these five things we learnt from Shola!

So Shola kicked off this highly anticipated talk with some questions for the audience. Queue many an eye to the ground as everyone gets thoroughly British and balks at the idea of interaction! But Shola persisted with great energy and great humour.

“What does intersectionality mean to you?” 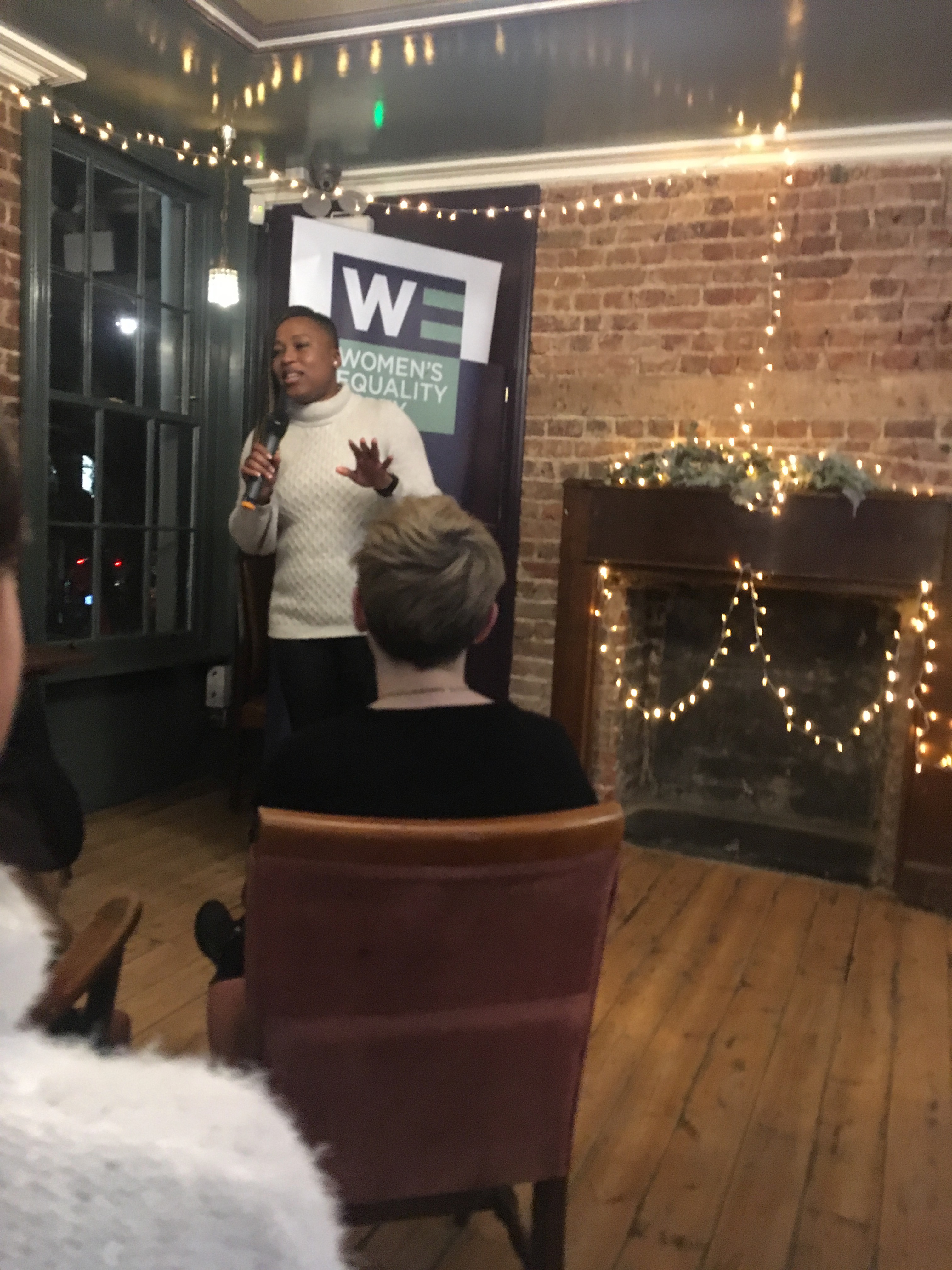 We heard varied answers: some theory and academia based and some shaped around people’s personal experiences.

For example, intersectionality can be understood as the compounding effects of the varying intersecting components of identities.

In a recent interview for Columbia Law School, Kimberlé Crenshaw, who originally coined the term describes intersectionality as “a lens through which you can see where power comes and collides, where it interlocks and intersects.”

A few of the audience, now only slightly less afraid to speak up (!) were asked to describe their intersections. In other words, describe the different ways in which you identify.

The quote “I’m not sure I’m very intersectional” stood out! Being a white, cis - gendered, middle class heterosexual woman may mean someone is less ‘diverse’ but that is still a representation of your identity, unique to you. The diversity of the audience in the room started to unveil itself as people described their sexuality, ethnicity, mental health, class and more.

Some hard truths about intersectionality for you:

The important thing for us is to be open and have honest conversation about our areas for improvement. It often seems that we are too quick, as women and feminists, to lay blame at each others’ doors.

Speaking of honesty: Shola is refreshingly honest in proclaiming that many terms confuse her, when it comes to gender identity and sexuality. But…that’s alright. The conversation around sex, gender and more continues to grow. But the key is: make room for forgiveness. We never stop learning and this is no different with feminism. “Debate educates and enriches you.”

According to Shola, “the younger generations are more accepting of sex, gender, race”….we should all be able to find commonalities amongst each other, but also embrace the differences.

What’s more, again in Shola’s words: “it’s one thing to recognise it. The next step is to act.” Take white feminism, for example. The ideology if whiteness is ‘default’, in all walks of life. If you’re white, you cannot see the barriers that do not affect you. But… and this really was an important point made by Shola: “silence is complicity.”

So, by having a greater awareness and understanding of intersectionality we’re able to understand how, for example, women of colour can experience the compounding effects of both sexism and racism. As an audience member put it, “as soon as race is brought into a feminist discussion there is tension in the room”.

Sexism and misogyny is only ever told, seen or perceived through the lens of white women… consciously or unconsciously. As soon as we acknowledge that women of colour are fighting both sexism and racism we take the first step to creating a more inclusive feminism.

Shola takes issue with the idea of “making space for other women”. In her own words: “when I come in I’m already in my space! We are all part of one big body. We all have a function to play.”

She goes on to pose the question “Why are the same people of colour on so many of the corporate boards, when there is so much fresh talent out there?” As discussed by a few audience members, it’s often the case that white men and women do not see (therefore acknowledge) the additional barriers that keep people of colour from the top.

So, Shola’s call to action: go and do your research. Disrupt the status quo. Take it and turn it inside out. Go and let it be disruptive! Stop doing the same thing and expect different results! 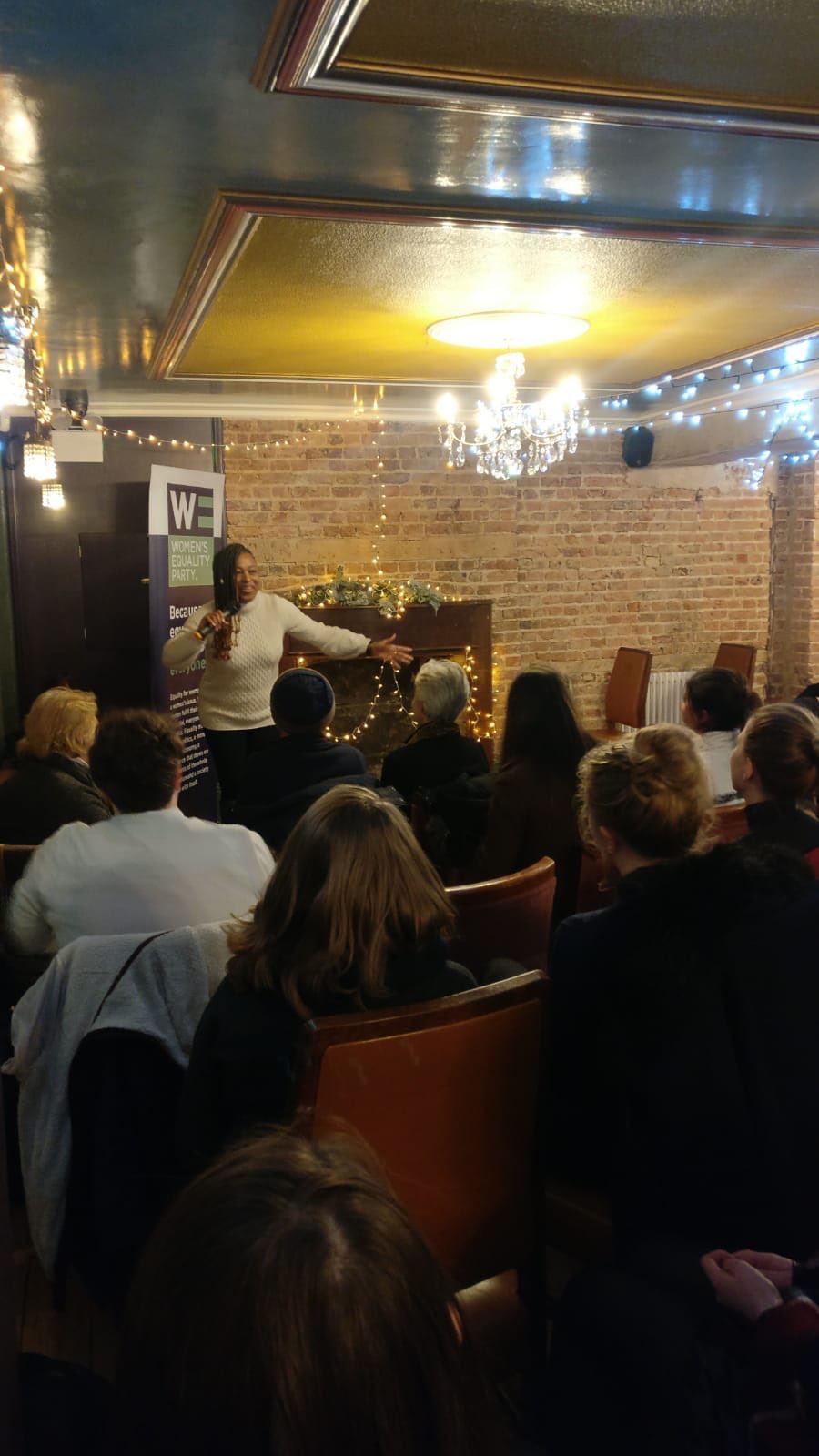 To conclude, intersectionality is the key to unity. We need to speak with one voice. Recognise multiple facets of your life then find commonalities with others who do not look like you. The key to our combined strength is our intersectionality; there is beauty in difference of backgrounds, perspectives and opinions. Together they are powerful!

It seems fitting to bring this piece to a close by highlighting something articulated, not by Shola but an audience member and that is:

“We all have blind spots. Have humility in the fact that we are all going to get something wrong.”