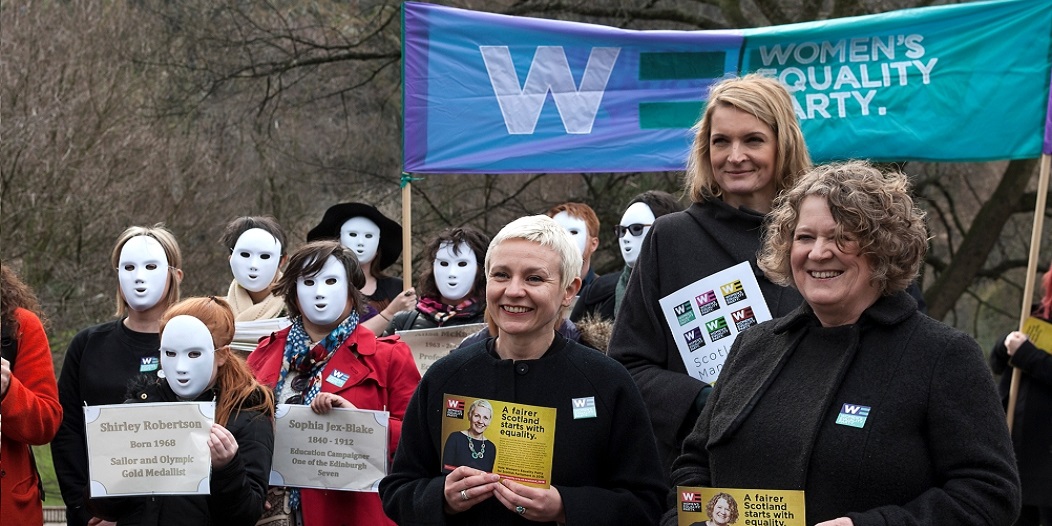 WE have a plan for a more equal Scotland

As candidate for the Scottish Women’s Equality Party, I’ve been out and about meeting voters all across Lothian region, speaking at hustings events and spreading the word about what we stand for.

Most people in Scotland remember the news last year when Sandi Toksvig, along with journalist Catherine Mayer, founded the Women’s Equality Party. It was an exciting moment to learn that women could have a presence in mainstream politics and really make a difference to issues that affect their daily lives.

Since then, the party has grown to over 47,000 members and has branches all over the UK – including our Lothian and Glasgow branches who have 10 candidates running in the Scottish elections this year.

We launched our manifesto for Scotland – a plan that we’re really proud to get behind, to lay out what we stand for. It’s full of ideas and policies that we’re really excited about – some of the things we want to do are:

Introduce a truly affordable childcare system – that provides childcare from 9 months old to starting nursery – 15 hours free, additional hours £1 per hour, with a cap so that those on lower incomes never pay more than 10% of their pay on childcare.

Make parental leave a truly level playing field for parents of all genders.

End the scandal of violence against women and girls with better policing and support services.

Tackle the pay gap for all women- including those on lower incomes and protect welfare payments.

Make equal education a reality – where girls and boys opportunities are not limited by outdated gender stereotypes, sex and relationships education is fit for the 21st century, and sexual harassment is eradicated from all places of learning.

Make sure that all government budget decisions are made in a way that doesn’t disadvantage women.

You can find out more by reading our full manifesto.

You can vote for us in Lothian and Glasgow regions on the 2nd Ballot paper – support us for a better, more equal Scotland.