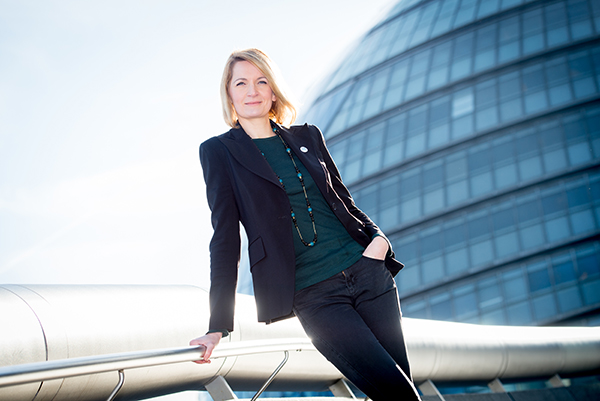 Today, WE offer to partner London Mayor Sadiq Khan in tackling the capital’s rising rates of domestic violence. Sophie Walker said she would bring WEP’s expert support to City Hall following the release of new statistics from the Metropolitan Police Service which showed a rise of 8% in reported instances of domestic violence in London.

“During my campaign to be London’s first female Mayor earlier this year, I set out clear plans to tackle the horrifying prevalence of domestic violence in our city,” said WEP leader Sophie Walker. “It is simply terrible these figures are rising and, what’s more, that less than a third of the incidents investigated by the Met Police resulted in further action.

“We have plans to tackle domestic violence both at the point at which it is reported and before this through preventative teaching in schools, rehabilitation of offenders, and specialist support for every survivor. I invite Sadiq Khan, who has styled himself as London’s first ‘feminist Mayor’, to take on these plans and to show himself to be a man of action as well as words.”

Walker explained that rising rates of violence against women and girls often occur at times of crisis, putting the figures in the context of current political, economic and international uncertainties.

“Understanding rising domestic violence rates is one thing, but the central issue for us is combatting them. I was the only London Mayoral candidate to set out a clear set of policies that prioritised this issue. The Women’s Equality Party is dedicated to ending violence against women in all its forms.”

WEP’s policies for London include better police enforcement of Domestic Violence Protection Notices/Orders (DVPO), so that perpetrators and not victims are removed from their homes, and ring-fenced stable and sustainable funding for specialist support services, that are for and led by women, including BAME women and disabled women.

WEP would also work with local authority services to establish a solid pan-London system to help women fleeing domestic and sexual abuse find refuge and secure accommodation, as well as ring-fence a proportion of London’s housing investment to build refuges those trapped in dangerous situations because they can’t afford to escape.