Why join the Women’s Equality Party in Wales? - Women's Equality

Why join the Women’s Equality Party in Wales?

Why join the Women’s Equality Party in Wales?

Tamsin Stirling is from Cardiff, she is one of the latest members of the party is Wales and is a senior policy adviser on housing policy across Wales. 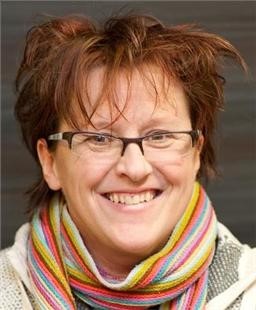 "I have always considered myself to be political, with a small “p”. Back in the 1970s and 80s, I was involved in the anti-apartheid and CND movements. I am troubled by inequality and poverty and their impact. As a volunteer in a West London bail hostel in the mid-1980s, I met young men who had been sleeping rough and who had stolen milk and bread from doorsteps as they had no money to buy food and saw them rattle their way through the criminal justice system. And I’ve worked for the past 27 years in housing – mostly housing for people on low incomes and/or with particular challenges in their lives such as needing to get away from situations of domestic abuse, people with disabilities and, a particular interest of mine as a researcher, people who are homeless. I would argue that you cannot look at how the housing system works in Wales, (and in so many countries across the world), and not be political.

But it took me until the age of 53 to join a political party. I thought about joining a political party a number of times in the past. I am a socialist so you can work out which party/ies that was. But every time I thought about it seriously, the party/ies concerned made policy decisions that I strongly disagreed with, there was a failure of leadership, or really bad behaviour by senior politicians. Add to that the negative campaigning which features at all elections and I never even got to the stage of filling in a membership form.

So what has made the difference now? The emergence of a new political party, with clear objectives focused on gender equality – equality in representation, pay, treatment in the media, education, parenting and care giving and an end to violence against women – and the desire to do politics differently. Two of the areas focused on by the Women’s Equality Party are of particular interest to me, but I think that all six are crucial to a well-functioning and productive society in which individuals can fulfil their potential.  My particular interests lie in equality in representation and ending violence against women. Research on governance is absolutely clear – more diverse groups which include people with different world views take better decisions.

It is really pleasing to see the diversity of experience in both life and work that the Women’s Equality Party candidates standing for the National Assembly for Wales 2016 elections have. And when it comes to ending the scourge of violence against women, a party which is prepared to have this as one of its six core objectives can count me as a member."