Why WE will march - Women's Equality 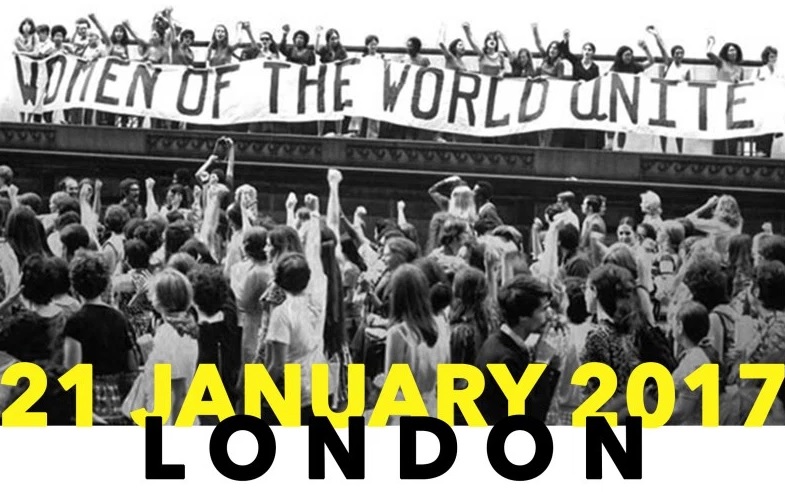 Why WE will march

Why WE will march

On January 21, women in the United States of America will hold a mass demonstration in Washington against the incoming administration of Donald Trump and Mike Pence. The Women’s Equality Party calls on members and supporters of all genders to join a central London march on the same day, in solidarity with this action and in recognition of the threat the Trump-Pence administration poses to women globally.

The Trump campaign stirred up and normalised expressions of misogyny and racism. The Trump-Pence administration threatens far more than nasty rhetoric and the bilious boasts of the future “Leader of the Free World” that he feels entitled to sexually assault women. The next Vice President of the US was the first member of Congress to introduce legislation to defund Planned Parenthood and as Governor of Indiana did everything he could to restrict reproductive rights. The Trump-Pence team is still taking shape but the first picks, not least the selection of Stephen Bannon, CEO of the far right website Breitbart News, indicate that any concessions to mainstream public opinion—the majority of the electorate who voted for Hillary Clinton but were defeated by the mathematics of the Electoral College—will be at best tiny and cosmetic.

“What happens in America matters everywhere,” says Catherine Mayer, WE co-founder and a dual US-UK national, who voted for Clinton. “It is not only the world’s biggest economy but the biggest exporter of ideas.”

She adds: “There is currently a recount taking place in my home state of Wisconsin, but it is highly unlikely that we will see the result of the nationwide vote reversed. The Women’s Equality Party fervently believes in the democratic process and in respecting voters’ choices. However that does not mean that we accept the skewed systems that produced this disastrous outcome, not just an electoral system that shuts out all but the big spenders but the underlying systemic obstacles to equality that WE seek to tackle."

"We will march on January 21 in solidarity with women and girls in the US and across the world who all face such barriers, wherever they live," said Mayer. "WE hope men and boys will join us, not only in recognition of these structural injustices but for their own sakes, because a more equal society will be better for them too.”

Women's Equality Party leader Sophie Walker will be marching in London alongside members and supporters from across the UK. "WE are committed to ending misogyny and racism, and creating an equal society for all," she says. "I look forward to joining with women from across the country to show the world that WE will not tolerate these attitudes any more."