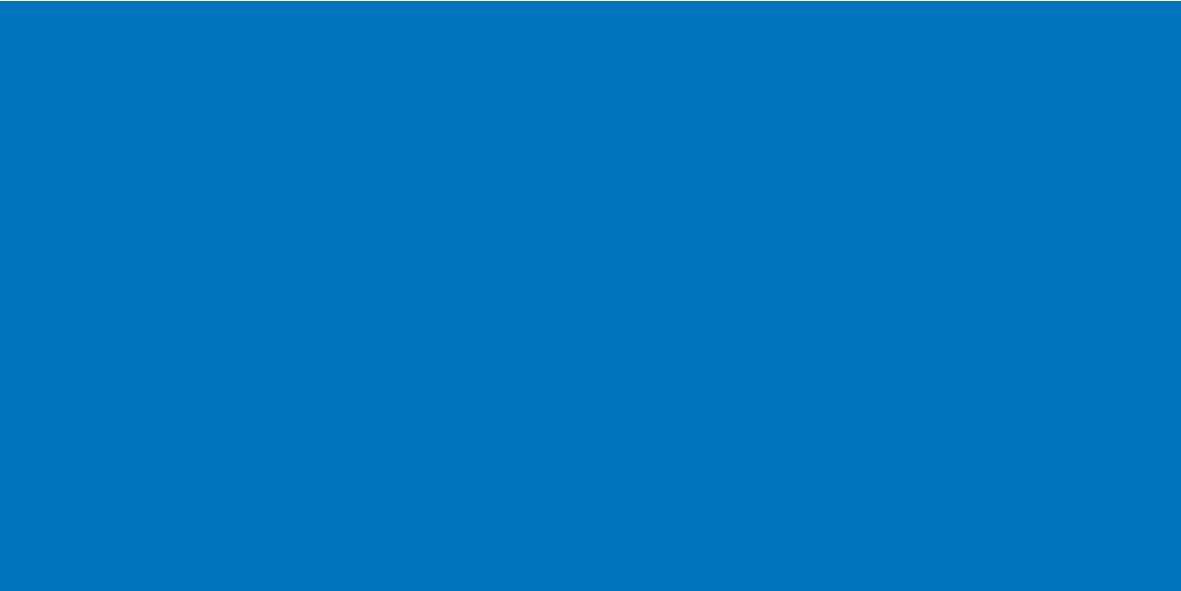 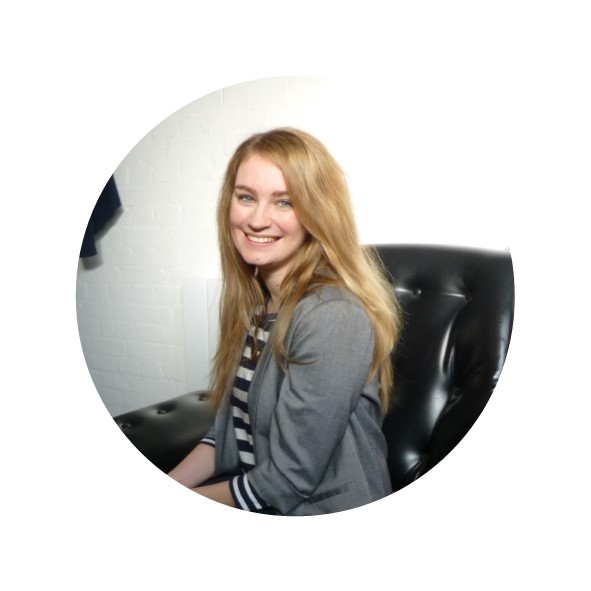 Becca is a passionate advocate of the benefits of engaging with diverse communities - and ensuring typically unheard voices are heard and responded to. As a disabled women, she sits on the steering group of Sisters of Frida, a Disabled Women's Collective and serves as a trustee of Inclusion London, a Deaf and Disabled Person’s Organisation.

In her day-to-day life, she co-directs the IC Change campaign, which calls on the UK government to ratify the Istanbul Convention on Violence Against Women - and works part-time as the Policy and Engagement Manager for Small Charities Coalition. She also has a Master’s in Human Rights, with one of her specialisms in the intersections of disability and gender.

Rebecca will co-lead the workshop on ‘Disability and gender – not ‘single issue struggles’’. 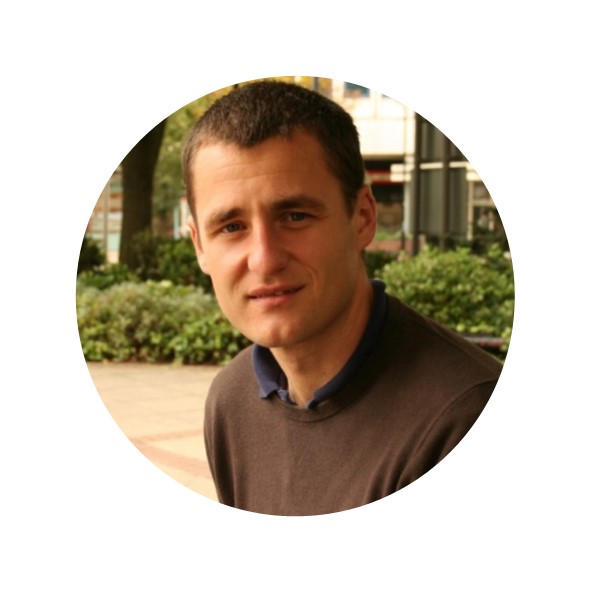 I started my career as an ad man working in many of London’s top ad agencies. Then I grew a bit of a social conscience and started using the same skills I had acquired in the private sector to change things for the better in this country and around the world on projects supported by DfID, USAID, Nike Foundation, Cabinet Office, The Big Lottery and lots of others.

I’m currently head of brands at Girl Effect where we use Branded Entertainment Properties to create a new normal for girls in Ethiopia and Rwanda. I’m going to share some thoughts on how ideas get into people’s heads in a way that they get excited about with a view to thinking about what WE and its members can do to engage others in the party and the movement. I am a founding member of WEP, a soldier and a passionate Newcastle United supporter.

Jamie will lead the workshop on ‘How ideas win: building a future for change’. 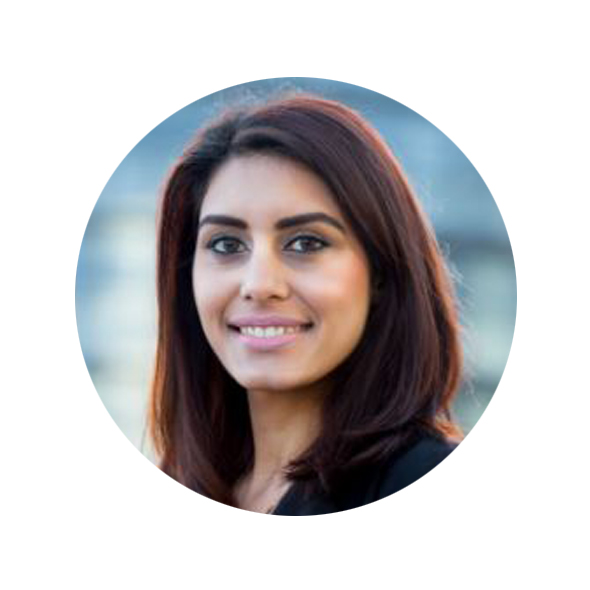 Anila stood as a WE candidate for the Greater London Assembly in May 2016.

A presenter and journalist, Anila is passionate about ending violence against women and girls, seeing equal treatment of women in media, and changing the landscape and conversation we have about women in order to see equality worldwide.

Anila will be participating in the session on Being a WE candidate. 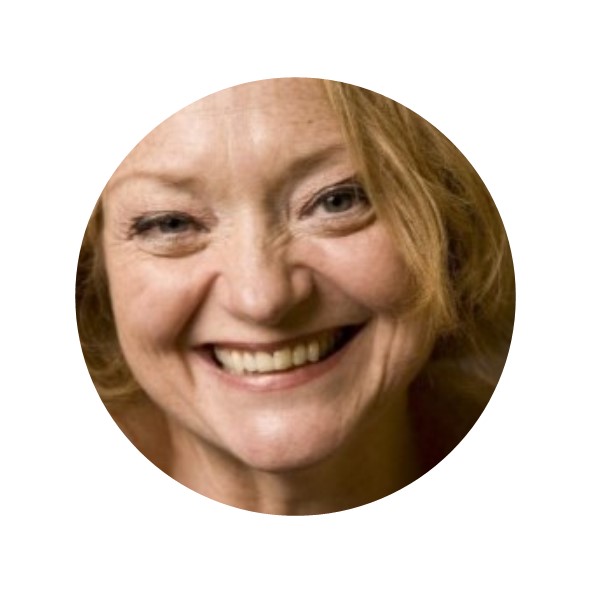 Stella Duffy is a founding member of the Women’s Equality Party. She has published thirteen novels, over fifty short stories, and eleven plays. She has twice won Stonewall Writer of the Year and twice won the CWA Short Story Dagger. She adapted her novel State of Happiness for film with Zentropa/Fiesta, and HBO have optioned both of her Theodora novels for a TV mini-series. Her story collection, Everything is Moving, Everything is Joined, and her Doctor Who novella Anti-Hero were both published in 2014. Her fourteenth novel London Lies Beneath was published in October 2016, her fifteenth The Hidden Room will be published in 2017. She blogs at stelladuffy.wordpress.com.

Stella is also a theatremaker, workshop facilitator, and an Associate Artist with Improbable. She is the founder and Co-Director of Fun Palaces, the campaign for culture for all, created by and for local communities, with an annual weekend of action every October.

Stella is enormously proud to have been involved with WE since its inception, supporting the first public meetings and the party’s earliest outreach to women across the UK and beyond. From those frenetic and exhausting beginnings it is a privilege to now take part in the first ever WE conference.

She was born in London, grew up in Aotearoa/New Zealand and has lived back in London for thirty years.

Stella will facilitate What are WE Missing?, an Open Space event (13.30 - 16.30) to discuss whatever YOU think WE need to do and host an Open Space breakout debate. 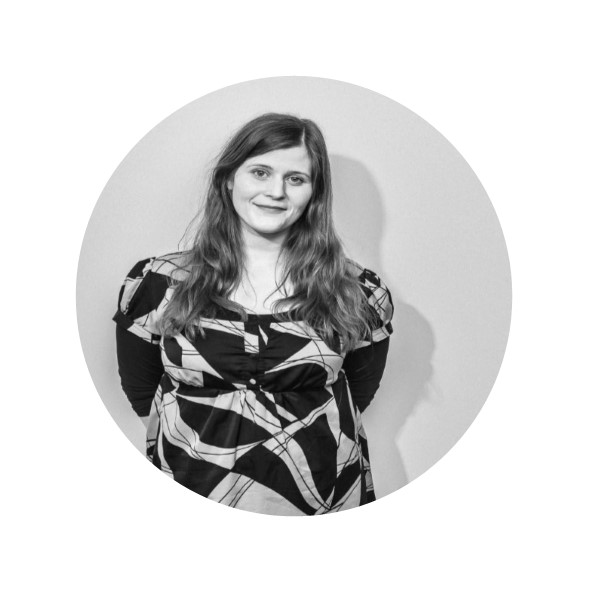 Auður is a political scientist from the University of Iceland and has a master's degree in public administration.

She has been active in politics, especially related to feminism and the promotion of peace in Iceland. Auður was a vice member of parliament from 2007-2013 and was the Director of the Left Green Movement in Iceland from 2011-2014.

She lives in Reykjavík with her two kids and a cat.

Auður will be hosting a workshop on Berit Aas and the 5 master suppression techniques. 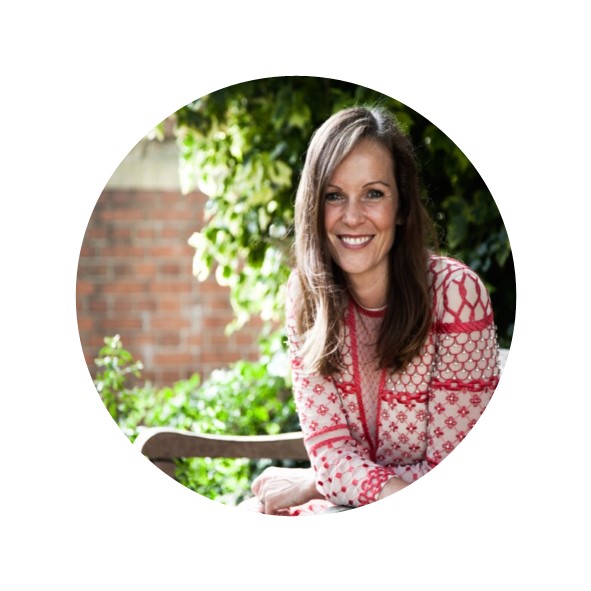 Brita Fernandez Schmidt serves as the Executive Director of Women for Women International (UK), which works across war- and conflict-affected countries, supporting women survivors of war to rebuild their lives.

She is also the Chair of the Management Board of the network Gender Action for Peace and Security (GAPS) and she has advised numerous other organisations and institutions, including DFID, on gender, women’s rights and development.

Brita holds a Masters from Sussex University, UK. Originally from Germany, Brita went to school in Venezuela and now lives in the UK with her husband and two daughters. 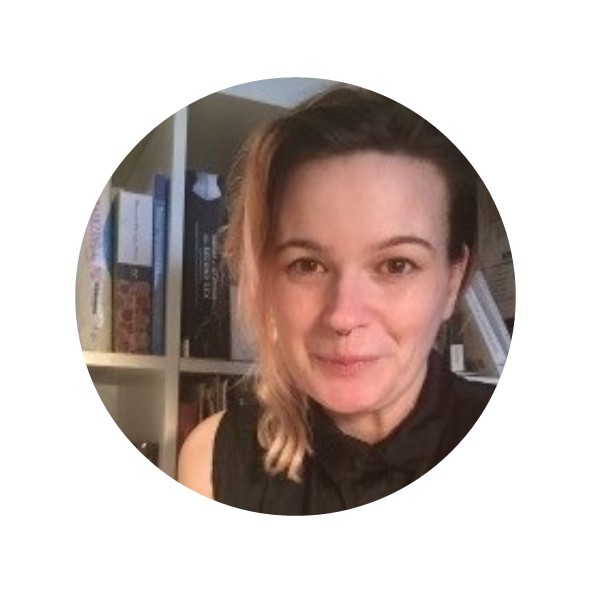 Fiona is a Research Fellow in the School of Law at Durham University, co-founder of the Centre for Gender Equal Media, and convener of the International Network on Public Sexual Harassment.

She is author of the first academic book on street harassment in England, 'Men's Intrusion, Women's Embodiment: A critical analysis of street harassment' (Routledge, 2016), and has extensive front line and research experience in sexual violence prevention.

Fiona will be leading a workshop on Street Harassment with Jashmin Patel and Lia Latchford. 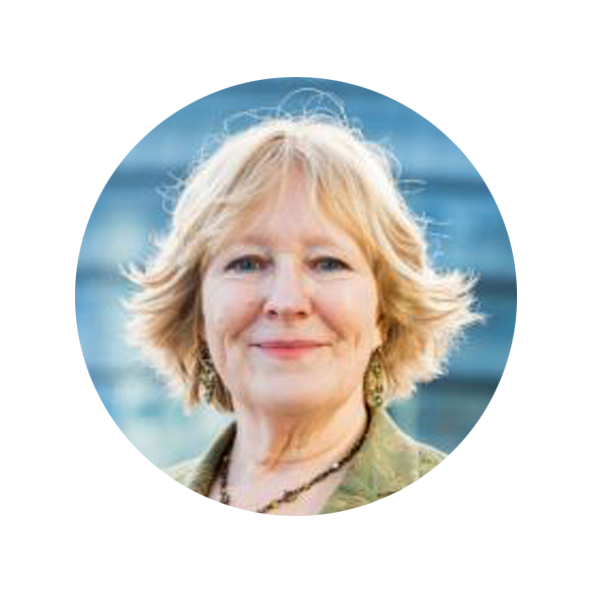 GLA Candidate May 2016 and Entrepreneur and Charity Trustee
@future_melanie

Melanie stood as a WE candidate for the Greater London Assembly in May 2016.

Following a first career in advertising, and a second as a social trends forecaster and founder of the global trends consultancy the Future Foundation, Melanie is on sabbatical considering her next moves.

She is a Trustee of a number of charities including Women in Sport which works to improve accessibility and participation in sport for women and girls, and is acting Chair of Pause, which works with women who are at risk of having multiple children removed from their care. Melanie is also a member of the Information Rights Tribunal for the Freedom of Information Act and has been advising Timeless - a project looking at the Future of Egg Freezing - as well as participating in workshops with a group called the Age of No Retirement.

Melanie will be leading the session on Being a WE candidate. 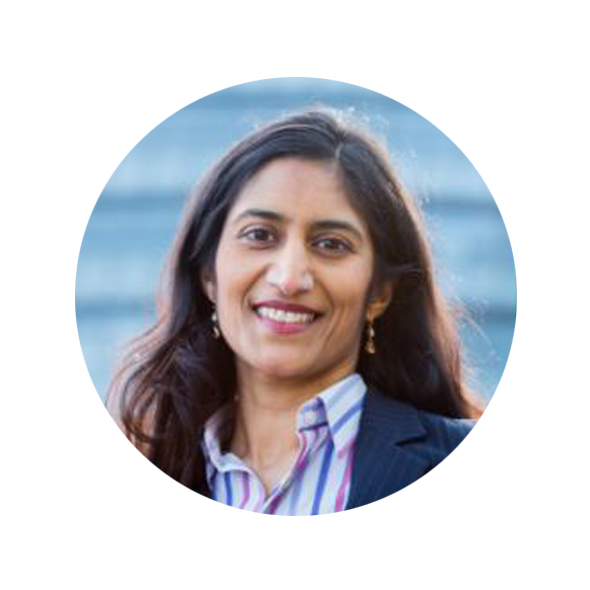 GLA Candidate May 2016 and Barrister
@Harini_Iyengar

Harini stood as a WE candidate for the Greater London Assembly in May 2016.

She is a British-Indian, a second-generation immigrant, and has been the lone parent of three children for many years.

Harini has practised as a barrister since 1999 and her specialisms include sex discrimination, sexual harassment and equal pay. She frequently appears as a legal expert on Sky, was recently interviewed on the BBC, and gave legal evidence to the House of Commons inquiry into high heels at work. She is on the steering group of the Temple Women’s Forum, a mentor with Cityparents, an external trustee of Oxford University Student Union, and a Governor of London Metropolitan University.

Harini will be participating in the session on Being a WE candidate. 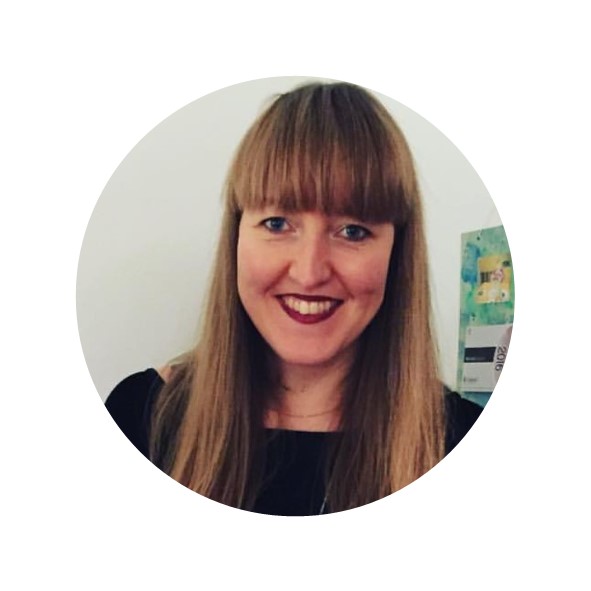 Auður Alfífa Ketilsdóttir is an Icelandic woman born in 1980, and living in Reykjavík with her cat.

Fífa works as a mountain guide in the Icelandic highlands and glaciers. She worked for the Left-Green party from 2011- 2013. From 2010-2011 she was the editor of The Student Paper at The University of Iceland, but from 2007 she worked as a journalist at various Icelandic newspapers.

She graduated in furniture woodworking from The Technical school of Iceland in 2015, has a MA in Cultural Communications and a BA in literature and gender studies from The University of Iceland.

She has lived in the UK twice, first as an exchange student at Middlesex University in London in 2006 and again for four months this year when she worked as a project manager at McAllister Olivarius.

She has been involved in gender equality issues for a long time, both as a member of the Left-Green movement but also as a founding member of the Feminist Association of Iceland and in various other feminist activities.

Auður will be co-chairing the workshop on the Five master suppression techniques. 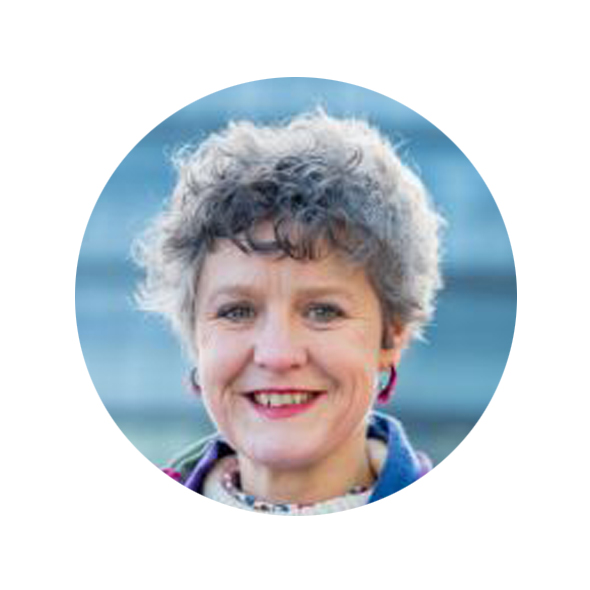 Rebecca stood as a WE candidate for the Greater London Assembly in May 2016, and in October 2016 she stood to become a councilor in the Brockley by-election, winning 7% of the vote.

Rebecca is founder and artistic director of 'Just Jones &'. In 2012 she was the first UK recipient of the Ibsen Scholarship from the Norwegian Ministry of Arts for her innovative staging and adaptation of An Enemy of the People which toured nationally in 2013 in the UK and involved over 200 participants writing parts for and performing the roles of local residents (which they were). The performance involved a vote involving cast, community performers and audience so that there were two endings each, one for each possible outcome and performed according to the weight of opinion.

In 2014, Rebecca led a residency at Dartington to collaborate with award-winning writer David Lane on The Artist in the Happy City – part theatre, part cabaret, part game inspired by grassroots activism, her involvement with What Next and the rise of new political movements.

In 2015, Just Jones & won the Bentley commission to create new short plays in a former mining community. Bentley Max involved 100 people in fresh stories and images in pop up workshops held in a mobile shed.

She has led many new writing programmes for theatres, as well as developing new work as a freelance and participatory projects for many West End theatres and the V&A. She is a trustee of Oily Cart Theatre. From 2014–16, she established the Wells Way Pop Up. She is co-convener of What’s Next Southwark, a regular attender of What Next Young Vic, and has been invited to be an assessor for Total Theatre 2016.

She is a skilled accredited action learning facilitator with ALA, funded by the Cultural Leadership Programme.

Rebecca will be co-hosting the session on Being a WE candidate. 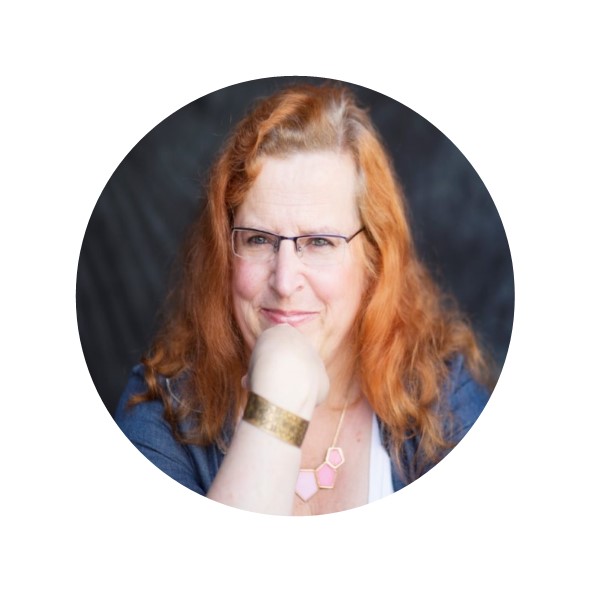 Trainer in Transgender issues, the Diversity Trust, and IT and Energy Economist
@CherylMorgan

Cheryl has had a long career in IT and energy economics, including working in Australia and California.

Recently Cheryl has been working as a trainer with The Diversity Trust, specialising in transgender issues. She co-hosts a women’s interest programme on community radio in Bristol.

Cheryl will run a workshop on Transgender Myth-busting. 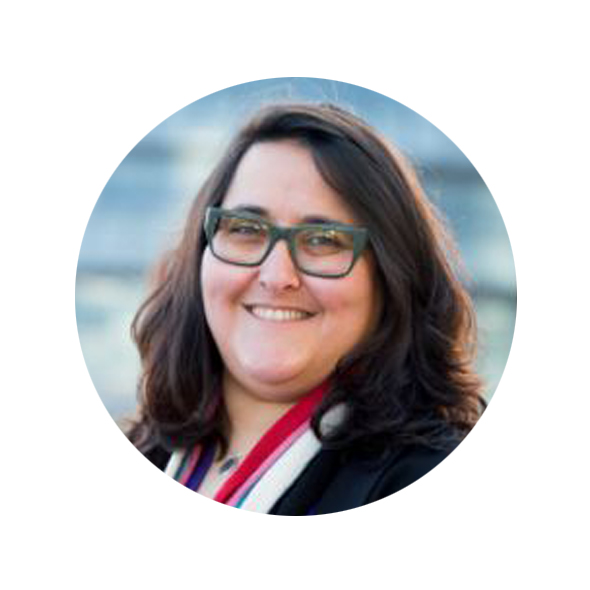 Chris Paouros stood as a WE candidate for the Greater London Assembly in May 2016.

She is a highly strategic General Manager, specialising in the growth of small businesses on a global scale.

Chris is also an ardent feminist and campaigner for women's rights and LGBT rights.

Chris will be participating in the session on Being a WE candidate. 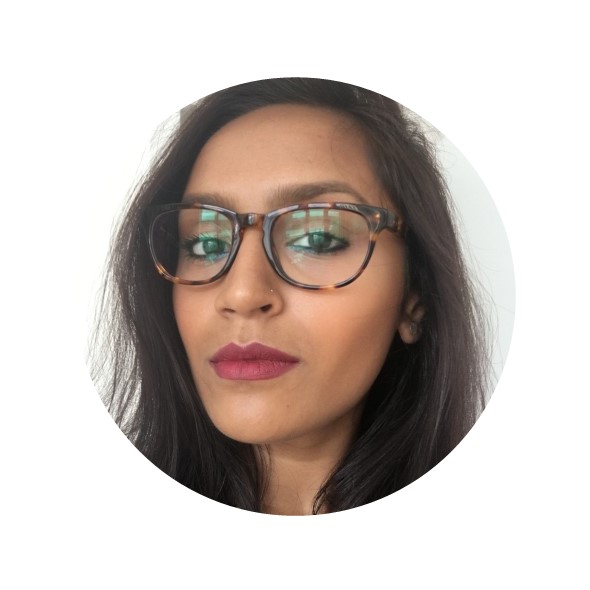 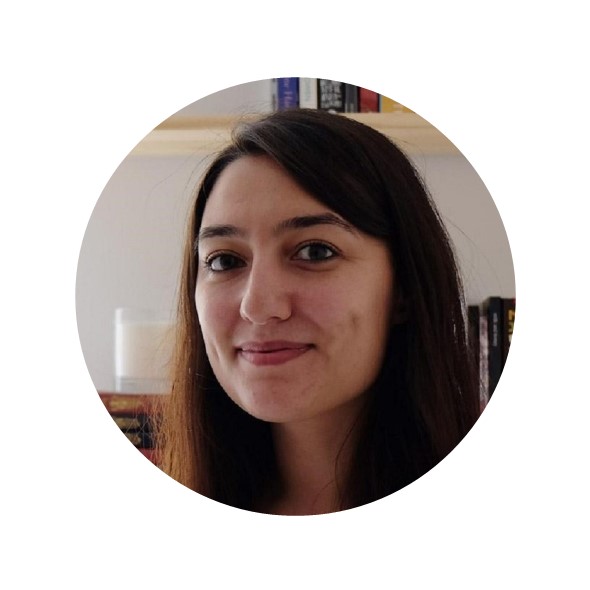 Jashmin and Lia work at Purple Drum, the young women's team at Imkaan, a national black feminist organisation dedicated to addressing violence against women and girls.

They deliver a range of projects to challenge misrepresentation, promote equality and amplify the voices of young BME women in policy, research and services.

Jashmin (right) and Lia (left) will be leading a workshop on Combating Street Harassment with Fiona Vera Grey. 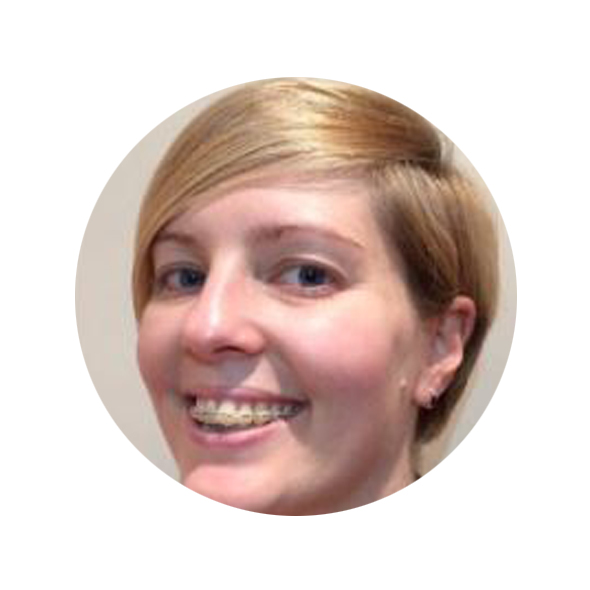 WE Welsh Assembly Candidate May 2016 and University Team Leader
@RuthWWEP

Ruth works as a Team Leader at Cardiff University and is Data Manager of the Cardiff & Valleys Branch of the Women's Equality Party.

Before joining WE, Ruth had no interest in politics and found that she had little in common with her MP, her Assembly Members, or her local Councillors. This inspired her to stand as a candidate in the National Assembly for Wales elections in May 2016, particularly to give LGBT+ people a voice. She is hoping to stand as a Councillor in the May 2017 elections in Cardiff.

Ruth is passionate about equality and video games.

Ruth will be participating in the session on Being a WE candidate.