Zero Tolerance for Harassment and Abuse in Hackney

Zero Tolerance for Harassment and Abuse in Hackney

WE are calling for a zero-tolerance approach to harassment and abuse in politics.

Kofo David has faced allegations of sexual harassment and bullying - voters deserve to know what the Labour party knew about this, and when.

Bullying and harassment have no place in politics. We are calling for the Labour party to be transparent about their selection process and to ensure that they have a zero tolerance approach to harassment and bullying.

Councillors play an important part in local communities and the selection process for candidates needs to be transparent.

Sign the petition to demand transparent selection processes as part of a zero-tolerance approach to harassment and abuse.

Today is Polling Day and residents of Clissold will go to the poll to vote for councillor. Please vote for Tabitha Morton, the Women's Equality Party candidate standing for councillor. Show Hackney Labour with every vote that a transparent selection process is the best way to elect officials in any election.

Hackney North & Stoke Newington Labour's Twitter account has now blocked us and has still not replied to our letter. This is classic bullying behaviour. Do not stand for this in Clissold. 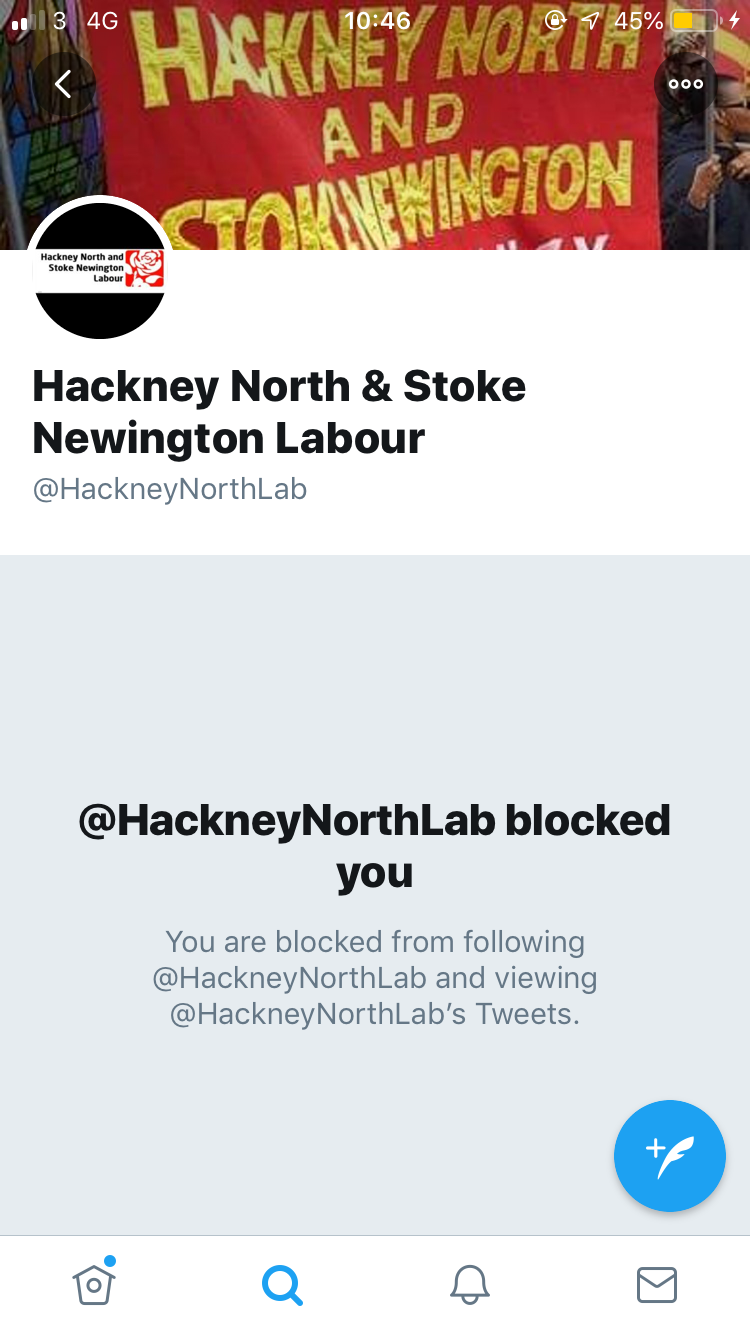 There are so many residents in Clissold ward who still have no idea about the controversy around the Labour candidate's past. Please keep sharing this petition and ask your friends and neighbours to educate themselves before they vote on Thursday.

We've chatted to a number of people that are disappointed by the number of signatures the petition has received (75 to date). PLEASE do not let that number disappoint you. The website has gotten THOUSANDS of views, we are having an impact. Please continue to share the petition and ask your friends and family to sign. Those that haven't signed are scared. You shouldn't be. Speaking out against harassment, bullying, violence is the only way to end it.

We had a stellar turnout for the rally today! Thank you to everyone that came! 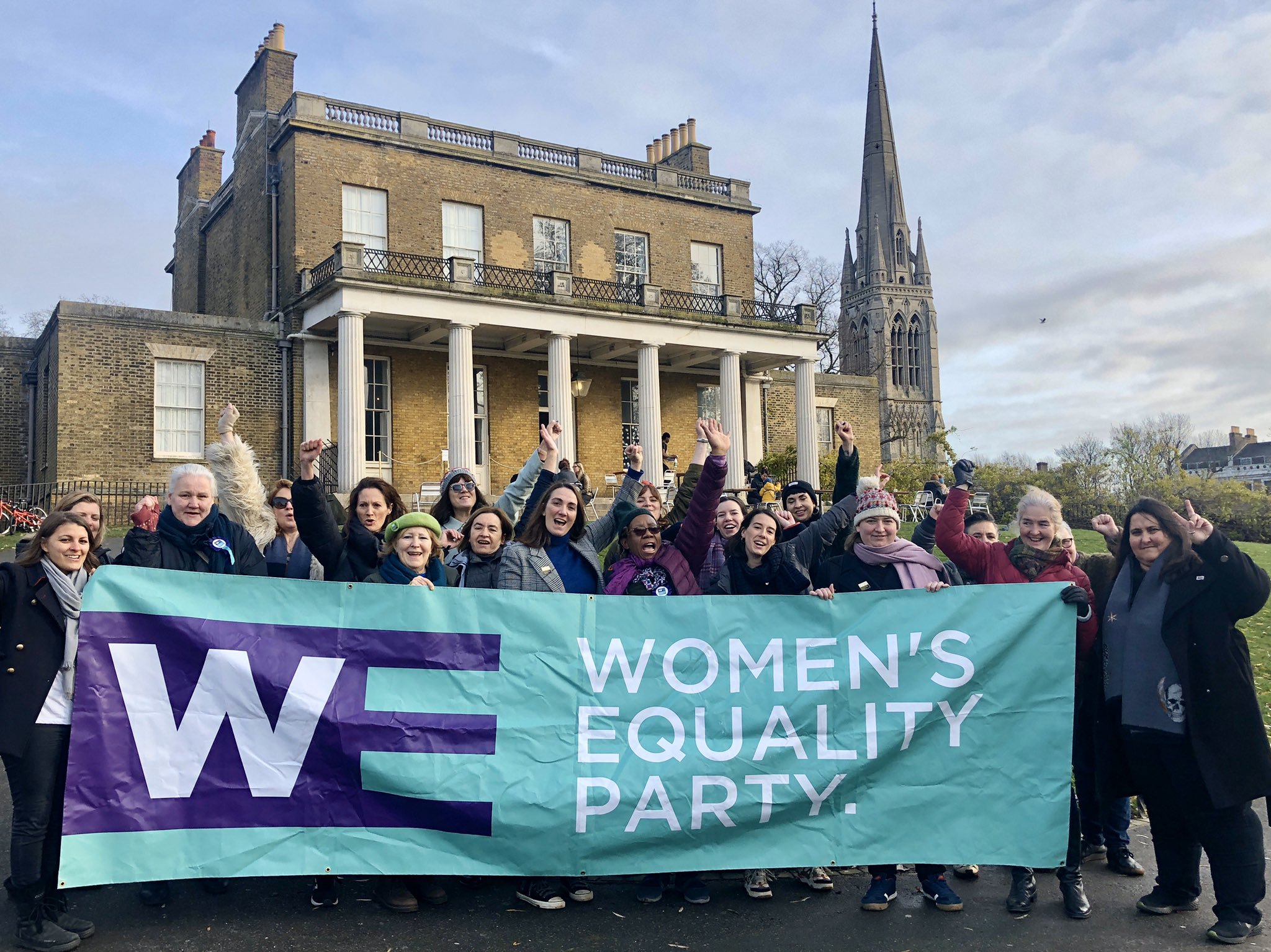 We got coverage for the rally in the Metro! Don't forget to come tomorrow from noon to 1pm in front of Clissold House for the rally. Let's show Hackney Labour that residents care who represents them in the council. 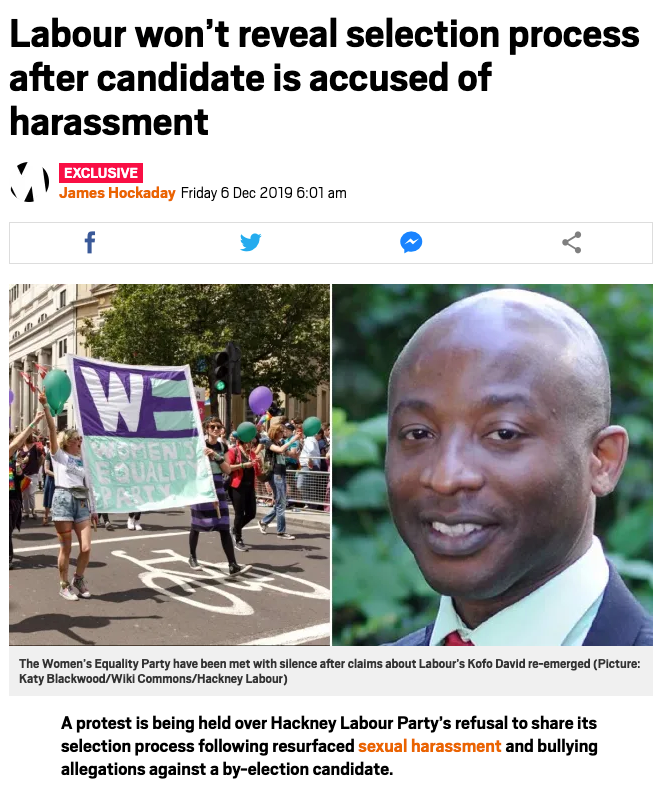 We have decided to rally in Clissold Park on Saturday, December 7th from noon to 1pm to raise awareness of the lack of transparency in Hackney Labour Party's candidate selection process in the Clissold ward by-election.

Please come and spread the word for others to come and stand for a transparent candidate selection process from all parties. 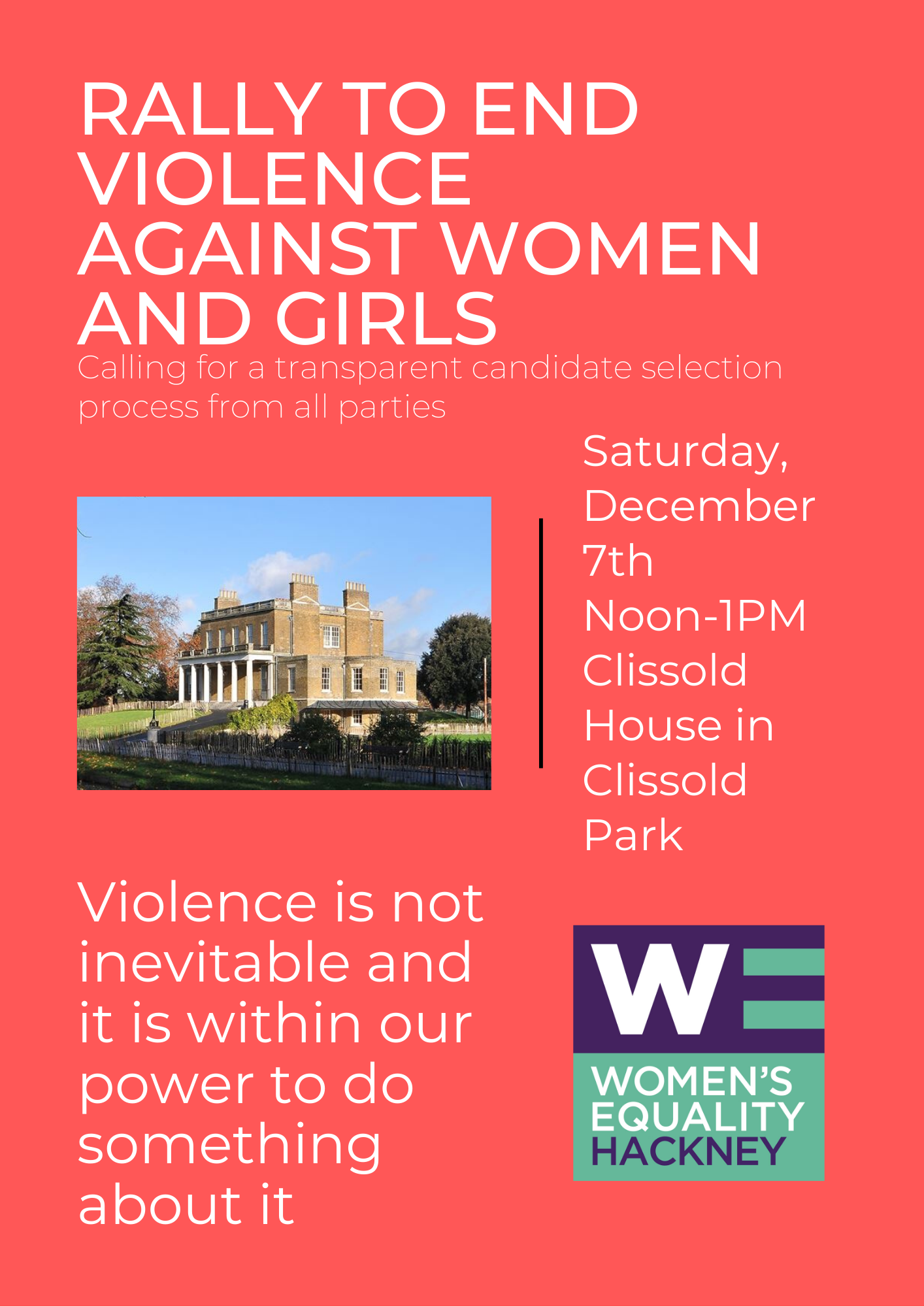 We were out speaking to people in Clissold Ward today and residents are ANGRY. Please share this petition far and wide, to your friends and family. Ask them to ask their friends and family to sign it. Harassment and bullying is not acceptable, not here, not in Hackney Council, not anywhere. 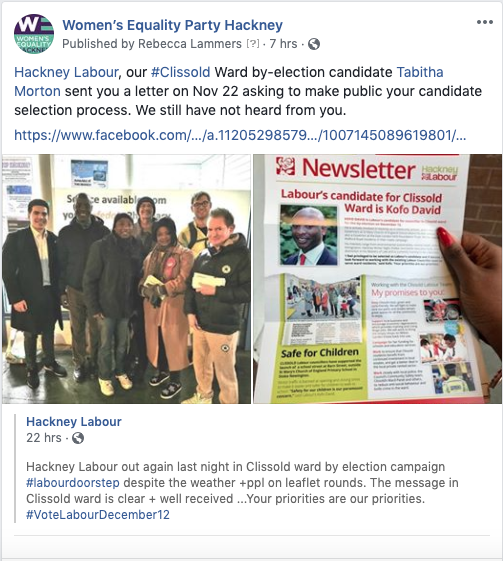 Stoke Newington Literary Festival also gets involved in the conversation:

Women’s voices are being completely ignored here. No response is forthcoming about why this candidate was selected. It stinks. https://t.co/Hdwmby9bNf

No response from Hackney Labour, Mr David’s agent Susan Fajana-Thomas, nor Maia Kirby, the Chair of North Hackney Labour over the weekend. They seem reluctant to justify publicly his selection as a candidate for a position of great trust.

I did - and now I would like to know why @ClissoldLabour think that Kofo David, with his unsuccessful attempt at suing a colleague for libel who brought sexual harassment and bullying allegations against him, is their best possible by-election candidate? Honestly, these men. https://t.co/ArS25yLfPt 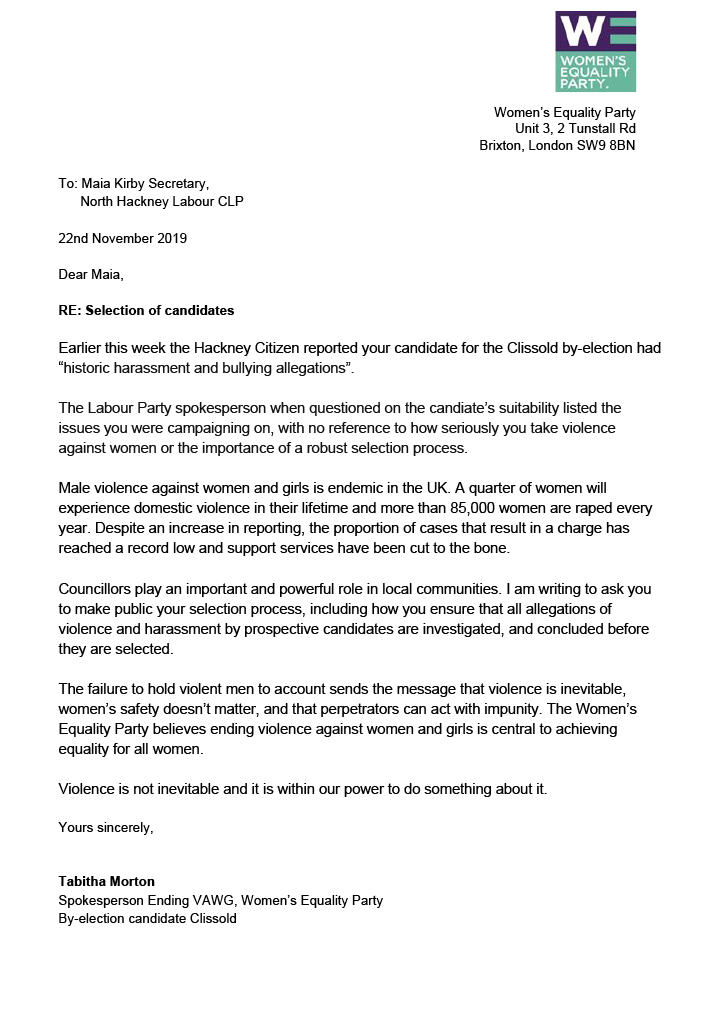 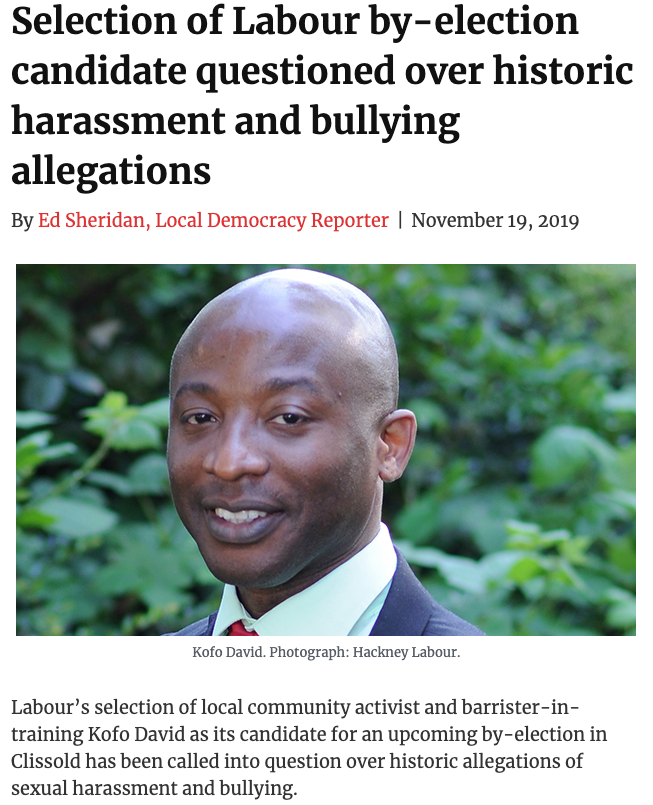 Labour's unacceptable quote in the article from an unnamed spokesperson:

This clear dismissal of a very important point is extremely concerning. It is unclear what process the Hackney Labour underwent to select Kofo David or if they knew about his history before selecting him.