Chomping at the bit - Women's Equality

Hi, Leisa here. So Week 2 of the campaign - I’m chomping at the bit (but don’t support the Grand National) to get out canvassing but health and safety, working around people’s busy timetables and overcoming their fears of door knocking must come first. By my next blog we’ll have lots of canvassing stories to share. 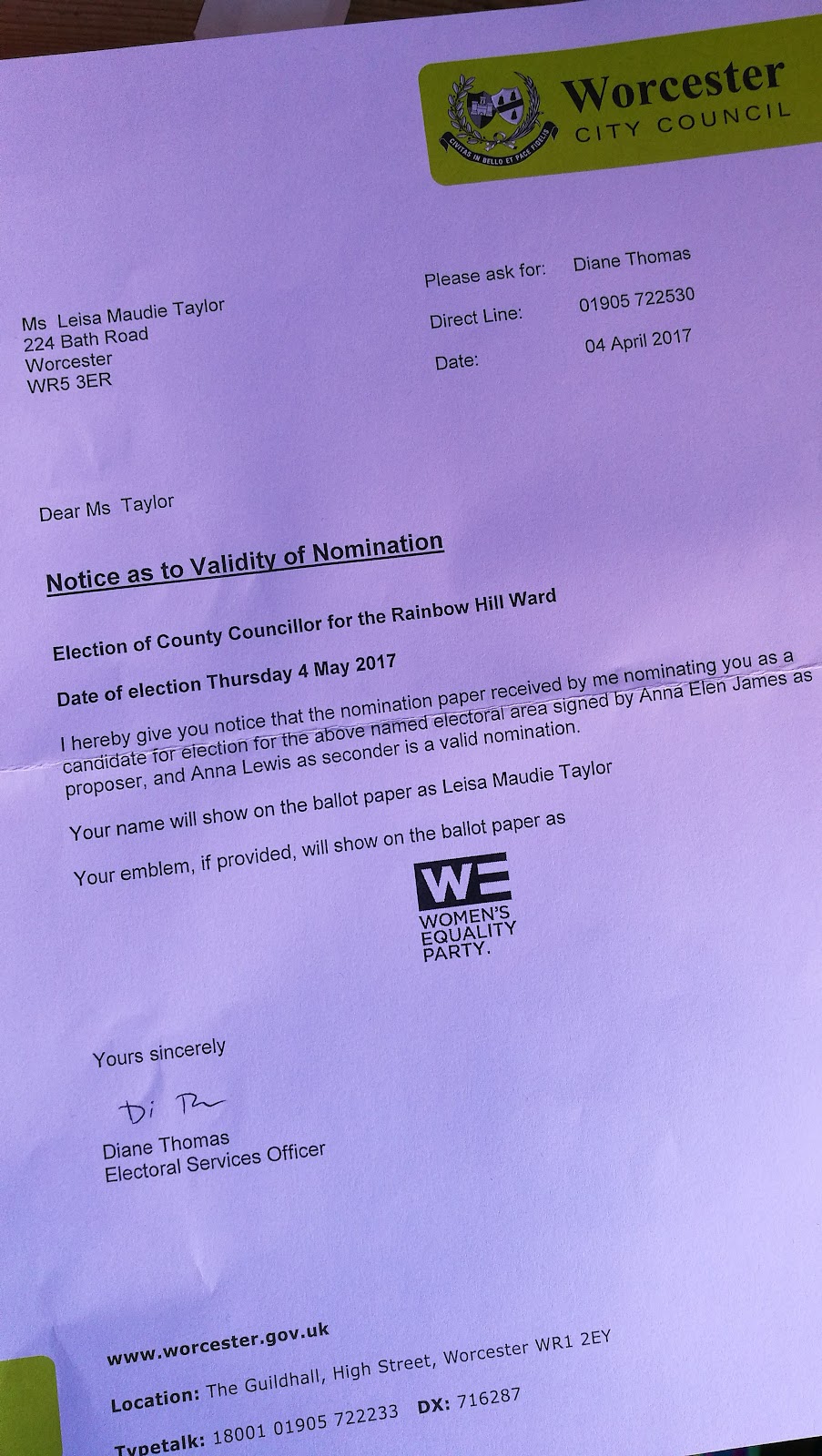 It’s been a busy week anyway. The official forms went in a few hours short of the deadline last Tuesday. There was a minor panic when the official nomination certificate signed by Catherine Mayer still hadn’t arrived by Monday and the official emblem for the party (the one which will end up on the ballot paper) had to be resent via emergency email whilst we sat in the election office in the Guildhall. We received the official notification a few days later making all seem very real:

As soon as all the candidates were announced on Wednesday my phone started buzzing - text, email & tweet from Tom Edwards, political reporter at the Worcester News wanting 150 words on why we were standing: 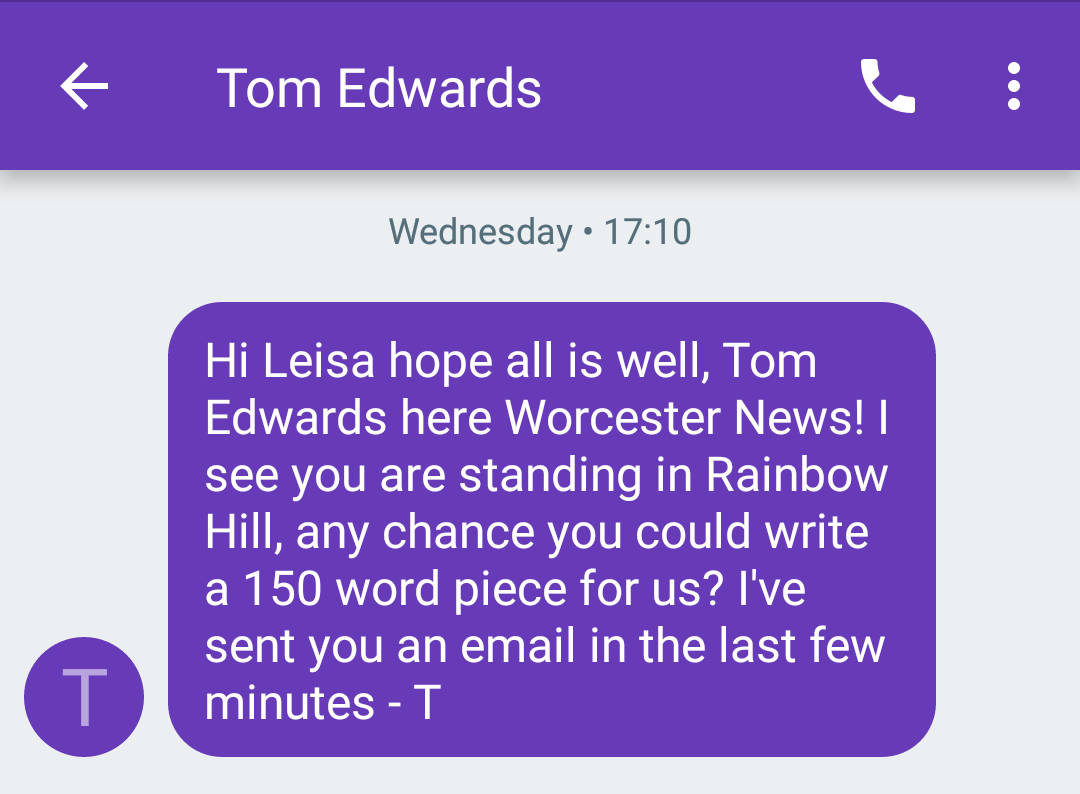 Meanwhile back at Worcester Campaign HQ I needed to get the campaign flyer text sorted with suitable image to send to Central Office design team. This proved more difficult than I imagined. First location too windy, second location too bright. Third location, perfect…...but image resolution too poor!

Finally got a colleague to take a photo whilst at work in an empty office. Perfect all round - not sure of the image itself but after all the to-ing and fro-ing I’d forgotten to care about how I actually looked - ‘determined and resolute’ was the diplomatic phraseology used by Fran, our Comms Officer. I just hope the design team work with my red hair and not against it.

Al Pagan, all round supporter & tech geek did something clever with neighbourhood statistics and produced this handy tool for us while we’re out and about on the doorsteps: https://rainbowhill.generamics.co.uk/

Some of us also managed to fit in 2 live (and one recorded webinars) with Central Office on the theme of elections, with some other party business thrown in for good measure. So we’re getting lots of advice and support which is so helpful.

Local publican, Ted Marshall from the Cap n Gown, was also on the campaign trail, gathering candidates to take part in a Hustings on the 17th April (other dates apply for other Worcester wards). I’ve agreed to take part so do please come along from 8pm and support us if you can.

The Worcester News announced the Election Candidates in a style that, for me belies why many of us don’t jump on the political carousel and perhaps why many women don’t engage even as the electorate: words like ‘battleground’, ‘defending’, ‘take control’. This fighting talk is a language I’m not comfortable with and why the WEP feels a more comfortable fit in it’s commitment to collaborative politics and to doing politics differently. And therein lies the challenge…..with no blueprint it’s hard to envisage this brave new world but we’re getting there with Sophie’s mayoral campaign last year along with our Scottish Parliament and Welsh Assembly as well as the Brockley bi-election. This year we have a candidate in the Liverpool Mayoral elections and county council candidates in Kent and Swansea and Sheffield are fielding a candidate in a by-election - we’re all learning fast. Read more about all of that here.

Friday saw me meeting with Jem (our deputy, data manager, campaign coordinator and just all round general life saver) to discuss canvassing protocol and logistics ready for our big push this week. We’re planning to be out and about most evenings between now and the election with an extra Big Fun Canvass Day with some of our sister branches on the 15th April. Do join us if you can - get in touch for details at [email protected]

Following that meeting we hot footed it to another meeting with our fabulous member, Elspeth Dale who provided me with an hours worth of coaching on presentation and messaging during her lunch break.

The weekend played out with researching candidate figures so we had some handy facts in our discussions about equal representation. Thanks to Leonie, Anna, Su & Jo Rae for that. We also produced this image of our current county Councillors as a handy visual to remind us why WEP’s messages of equality and inclusion are relevant in Worcestershire: 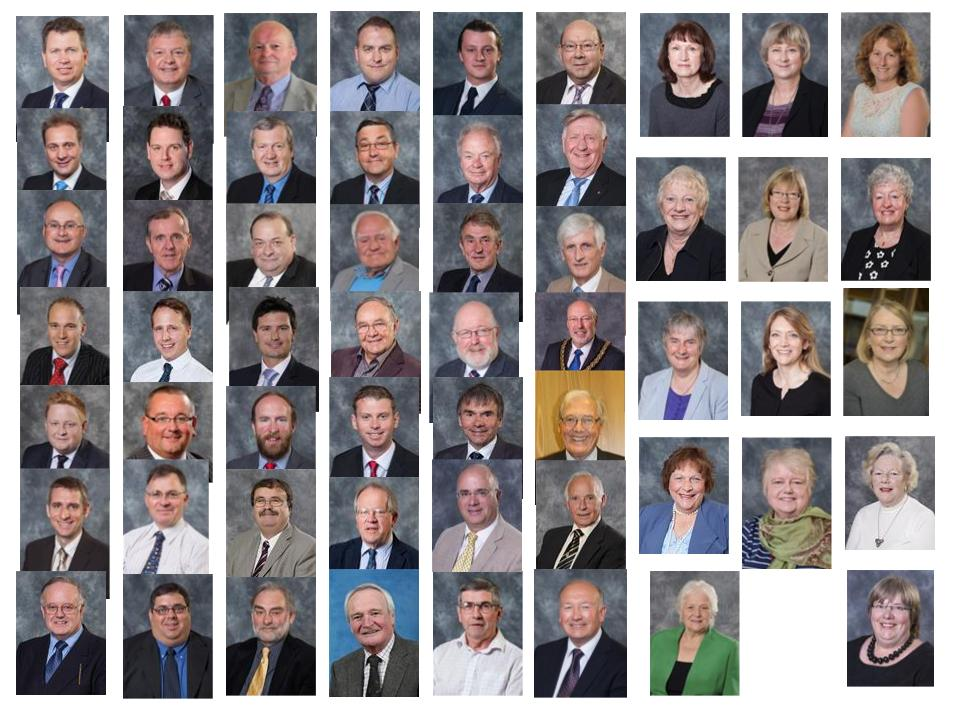