The Story so Far - Women's Equality 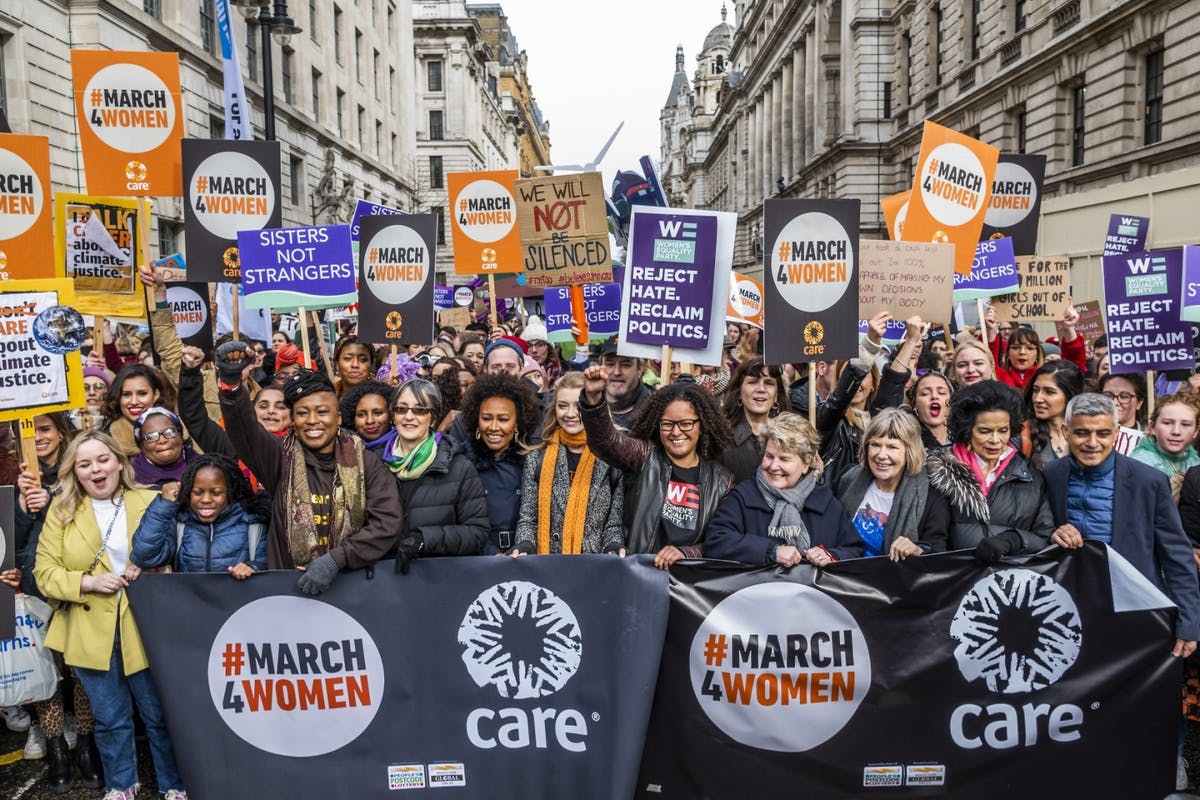 The Women’s Equality Party was co-founded by author and journalist Catherine Mayer and broadcaster and author Sandi Toksvig.

On 2 March 2015 Catherine proposed founding a Women’s Equality Party during a debate on women in politics held as part of the Women of the World (WOW) Festival at the Southbank Centre in London. She rang Sandi the next day to seek Sandi's support - which was when Sandi told her that she'd intended to propose exactly the same thing, as part of the closing night festivities at the WOW Festival. They immediately agreed to work together.

The first meeting of the emerging party took place at the Southbank Centre on 28 March, and a second meeting was held at Conway Hall on 18 April, agreeing the party’s name and six core objectives.

WE opened for membership on 3 July 2015 with a special Founding Membership drive to cover start-up costs including the tools and structures to establish the party, administer memberships and donations and prepare to campaign.

On 22 July 2015, WE announced our leader: Sophie Walker. Sophie was chosen unanimously by the Steering Committee of the party's founders to lead the party through its formation phase ahead of a leadership election by the members in 2017.

WE launched our first policy statement on 20 October 2015 - extending the Founding Membership scheme to 24 October to allow everyone the chance to be part of building this exciting new political party.

In May 2016 WE stood in our very first election campaign – fielding candidates in Glasgow, Lothian, South Wales Central and London, with Sophie Walker running for Mayor. In total, across all 4 areas, WE won 352,322 votes. Sophie Walker scooped an impressive 5.2% of the total votes in the London Mayoral race, beating George Galloway and following close on the heels of UKIP’s 6.6 percent. With both first and second rounds counted, Sophie won 251,775 votes – that’s 1 in 20 of every person who voted in the London Mayoral election.

Following the election results, WE Leader Sophie Walker said, “This has been an extraordinary first year. We have four to go until 2020. Equality for women can’t wait. And neither will WE.”

In November 2016, WE held our first ever party conference, attended by 1,500 members and supporters in Manchester. WE welcomed hundreds of members to the stage, debating and voting on 22 motions ranging from decriminalising abortion to proportional representation.

In June 2017, WE fielded six brilliant candidates in the 2017 General Election. We continue to celebrate the extraordinary achievements of our candidates, who changed the conversation and raised the game, forcing gender equality on to centre stage.

In September 2018, WE held our second party conference in Kettering. Our delegates passed a massive 24 motions, ranging from the inclusion of video games in our Equality in the Media policy to the party's new position on Brexit.

In May 2019, the fantastic Kay Wesley won our first Council seat in Congleton East with 1250 votes. In Tunbridge Wells Liz Orr stormed into second place behind the Liberal Democrats, overtaking the Conservatives who previously held the seat and nearly doubling our share of the vote to 25 percent.

In December 2019, WE stood four incredible candidates, and survivors of male violence, in the general election against five MPs with unresolved allegations of violence and harassment at the next election. All five of these MPs did not land positions in parliament.

In January 2020, WE announced our new leader: Mandu Reid. This was a result of Mandu's strong performance and leadership as Interim leader throughout 2019.

In June 2020, WE introduced our fantastic Deputy Leaders to the party - Christine Dean, Hannah Barham-Brown and Tabitha Morton.

In October 2020, WE held our third party conference online and tickets sold out. Our delegates passed 22 motions which focused on women in the criminal justice system, statutory funding for women escaping violence, improved care after pregnancy loss, climate action, and more.

In May 2021, WE stood in 22 local elections and elected our second town councillor, Amanda Carter-Philpott, in Bletchley and Fenny Stratford. Priya Brown also managed to win a fantastic 16% of the vote in Basingstoke & Deane Borough Council.

In November 2021, our phenomenal Deputy Leader, Dr. Hannah Barham-Brown, stood in the North Yorkshire by-election. WE received 10% of the vote delivering our best ever regional election result.

Check out our Membership FAQs >>