Our candidates for the European Parliament 2019

Our candidates for the European Parliament

Our candidates for the European Parliament

WE are delighted to introduce eight brilliant candidates standing on the London regional list and fielded from across the country.

In this election WE have to game the system because the system is designed to exclude small parties. The European elections offer a rare opportunity - a ballot using a proportional representation system instead of first past the post. Voters have the chance to vote for what they want instead of voting to keep out the thing they don’t want.

It is hard to see a way through the current political mayhem but one thing is crystal clear: any form of Brexit is going to hit women and minorities hard because of the economic turbulence and the risk of weakening precious rights and protections.

And another thing is also crystal clear: equality is better for everyone. We are standing for the Women’s Equality Party in the London region to push that agenda forward. We have taken the decision not to stand in other UK countries and regions and to work to amplify the voices of other candidates and parties in those countries and regions whose vision on Europe aligns.

Donate to our EU campaign 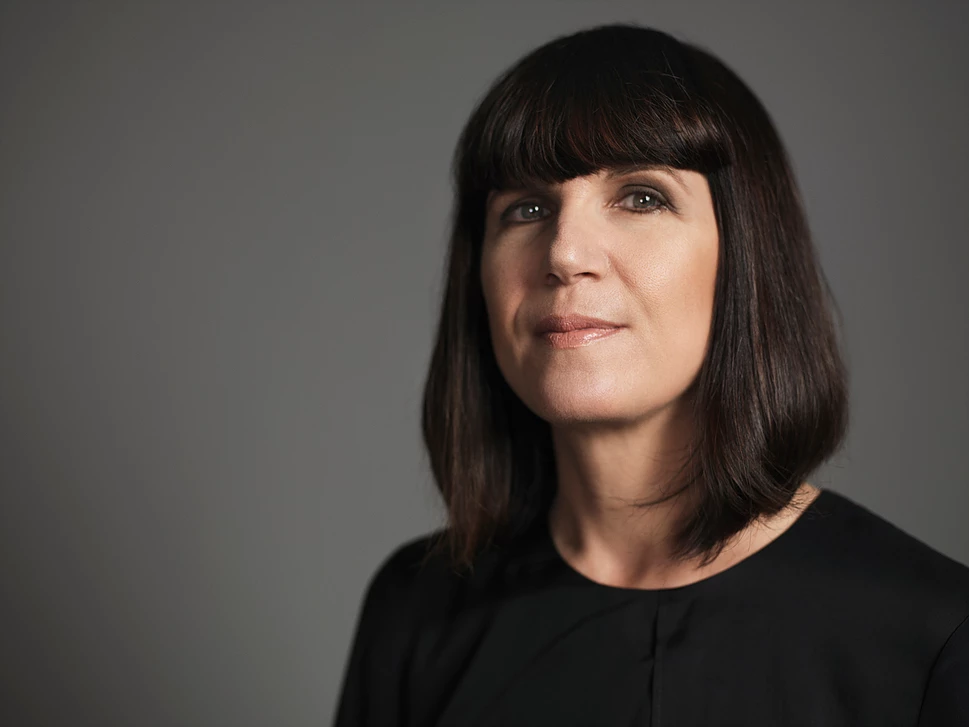 In common with about 13% of the UK population and more than a third of Londoners, I was born abroad. My ancestors emigrated from Europe to America, some in search of a better life, others to escape persecution and prejudice. In this country, I am an immigrant, though as a white, middle-class woman, that is a label rarely applied to me. Nobody has questioned my right to stay or the value I add by being here. After decades as a “resident alien”, I applied for citizenship. When I got my first passport, embossed with the words “United Kingdom of Great Britain and Northern Ireland”, I felt at home, all the more so because that passport also pronounced, in gold letters, “European Union”. These identities are not in conflict; they enhance each other, just as immigration has enriched and expanded British culture.

I have studied and worked in other European countries. I want others to enjoy this opportunity and for the UK to continue to profit from the exchange of expertise, knowledge, culture and labour that is so vital to our economy. I also never forget the origins of the EU in the rubble of war. As a journalist, I tracked the resurgence of regressive nationalism across Europe with growing alarm. Its rise, and the spectacle of mainstream politics adopting its messages rather than challenging it, helped prompt my move into politics.   See more about Catherine's bid for Europe here >> 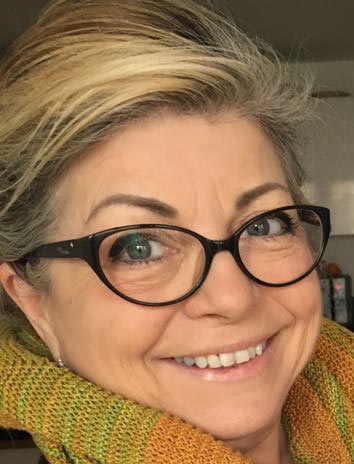 I worked for 25 years as a British diplomat.  Latterly I specialised in international security policy. I learned in Vienna how long lasting peace agreements were those that included women at the negotiating table; and how rare it was that women were present. I learned, through my work in London, New York , Brussels and Geneva, that the EU was an organisation that kept peace in Europe through cooperation and collaboration among states that had previously been enemies - and how this fundamental precept was often lost in the minutiae of trade tariffs and arguments about migration and identity. I learned that peace is delicate and fragile, even now, on our continent.  It is under threat, as it has not been for 80 years.

I have seen how chaos begets chaos and how women suffer most. The UK's place is in the EU, working with others to our joint advancement. And for peace. Without peace there is no prosperity. 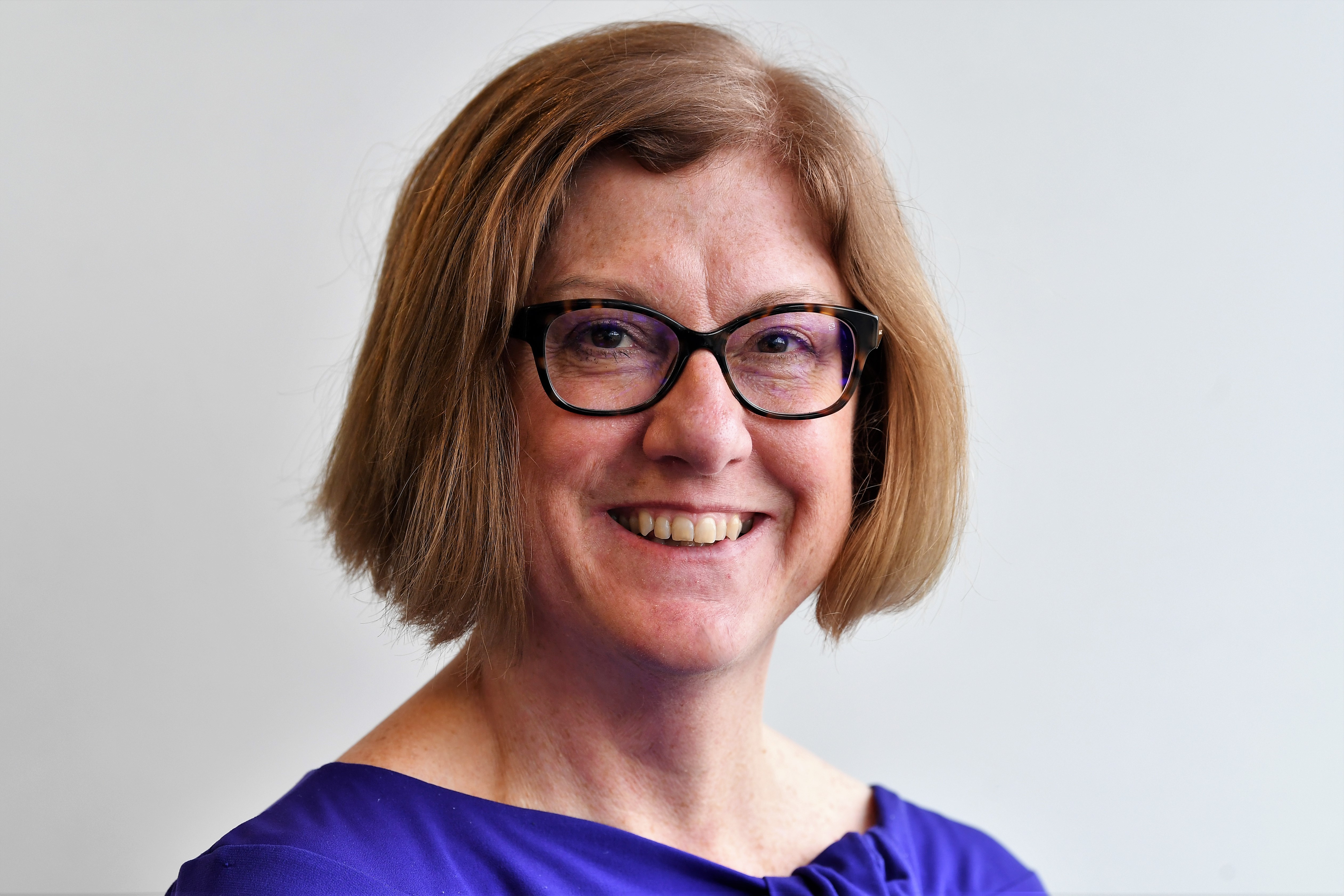 I was born in Pittsburgh, Pennsylvania. I immigrated to the UK in 1998 to take up a position with an international non-governmental organisation (NGO) and obtained UK citizenship in 2007. With a career spanning multiple sectors and disciplines over 38 years, I have worked in the private, public and charitable sectors.  I worked for an international NGO for more than 15 years where I travelled to more than 70 countries, training relief and development workers in project development and advocacy. During this time, I also established the Centre for International Justice and Reconciliation for this NGO where I lobbied at the United Nations for more than 10 years to eliminate all forms of violence against women and girls.

As a feminist moral philosopher, writer, coach, and politician, I am committed to the flourishing of all people.  As a globalist, I have an established track record over the past 30 years of collaborating and building partnerships across disciplines, nationalities, religions, genders and cultures.  I listen and hear peoples’ stories and diverse perspectives and actively seek to co-create a better world with everyone. I will also listen to and respect the concerns expressed by those opposed to remaining in Europe to ensure their hopes, dreams and fears are heard, respected and incorporated into a new vision for Europe. 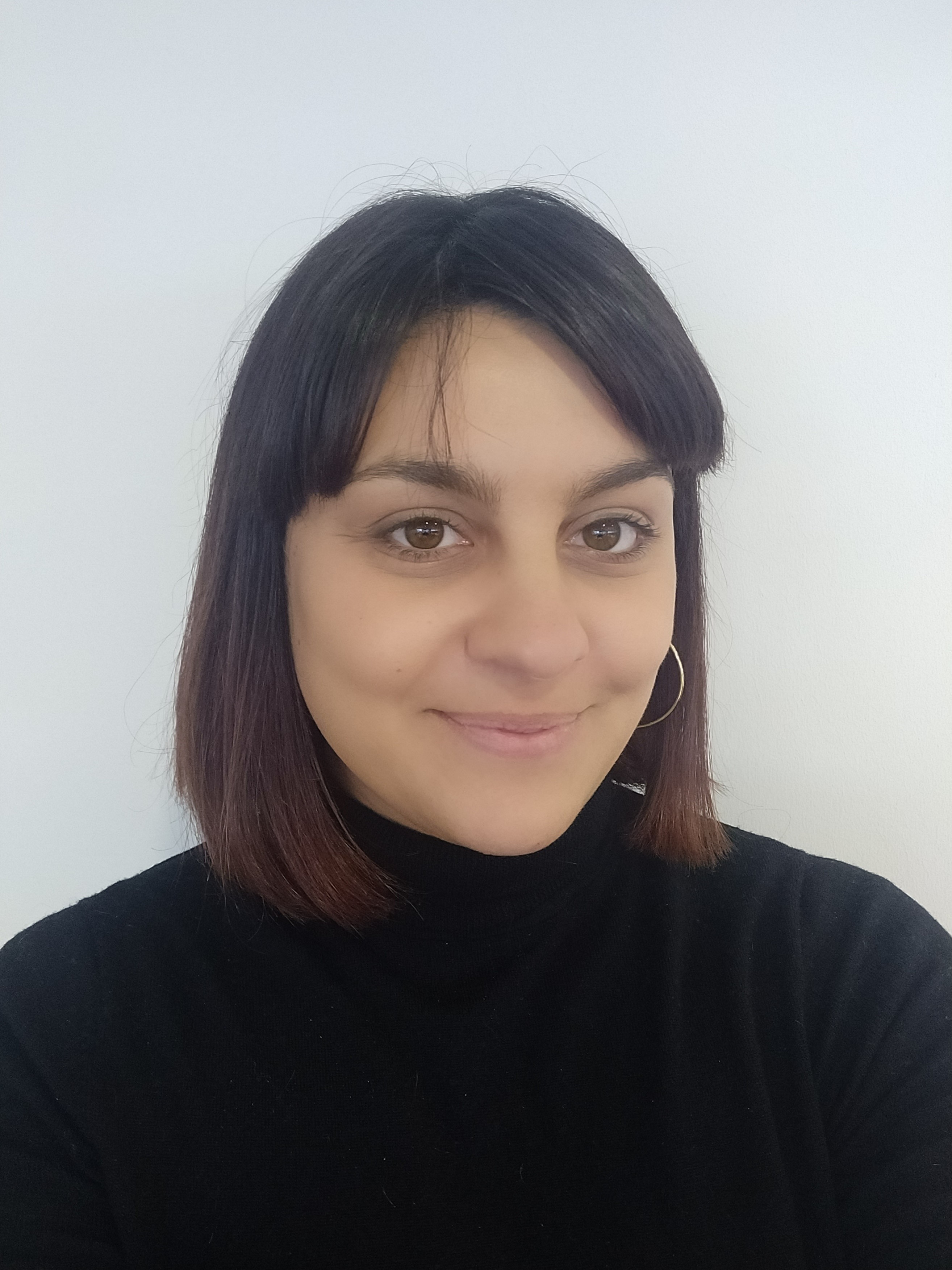 I am the product of an extremely diverse upbringing which has helped me understand and empathise with multiple communities. I was born in the UK to Pakistani and Scottish parents and at a young age I moved halfway across the world to Hong Kong. I have always understood what it is like to feel excluded and this has made me passionate about integration and collaboration between different communities and nations so that no-one is marginalised. I have always had a strong sense of right and wrong and outrage at injustice in the world. These twin drivers led to me pursue education in international relations so that I can understand and address global issues, and has also propelled me to work at multiple charities to address issues in many areas, including health, education, gender, and youth empowerment. I want to leave the world better than I found it and political representation is a key component of this. I am standing to support communities that have been neglected and ignored by mainstream politics. 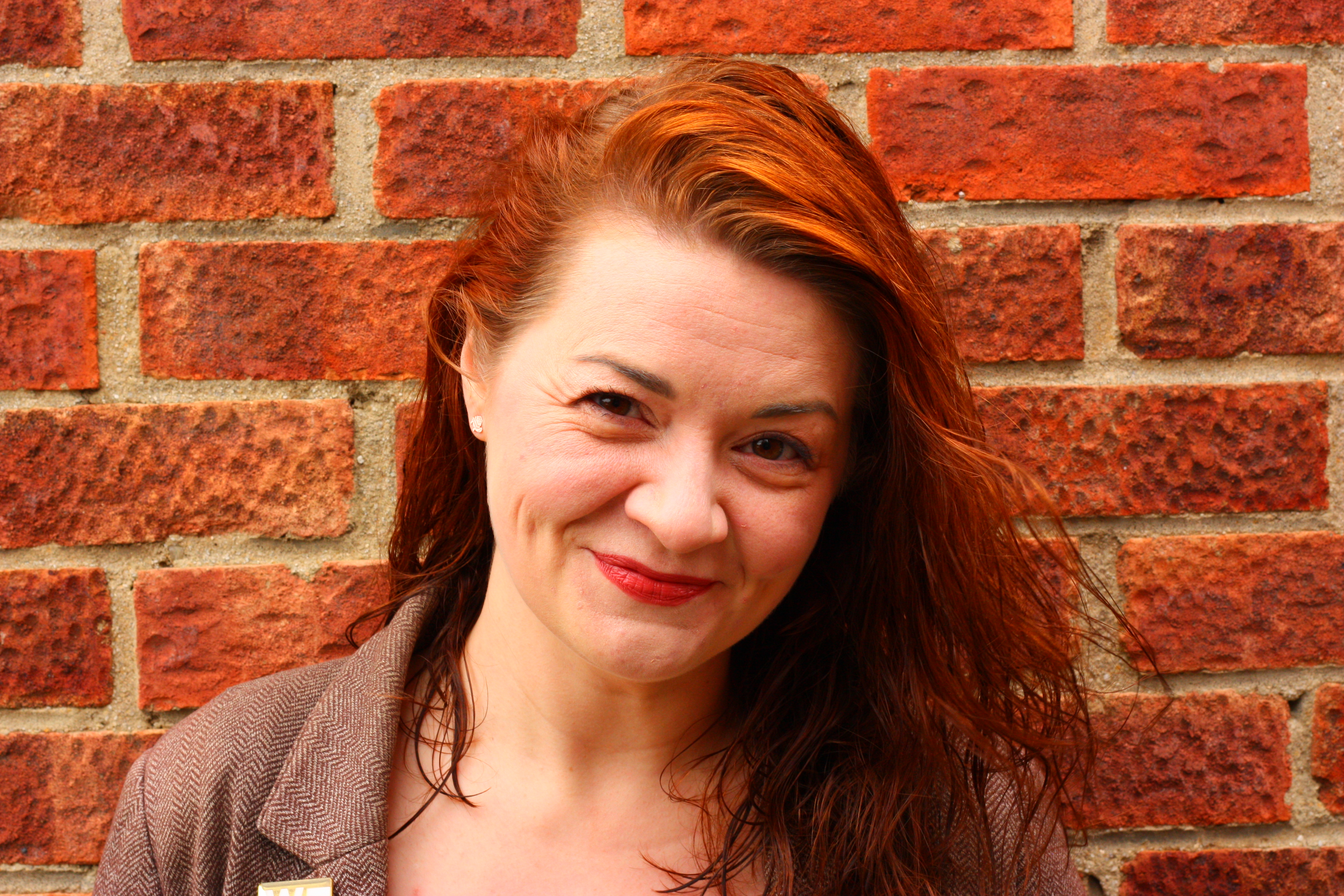 I am a GP Registrar, speaker, disability advocate, media spokesperson, and a member of the British Medical Association’s Council.

In 2018, as well as speaking at the People’s Vote March to 700,000 participants, I joined the Shaw Trust’s ‘Powerlist’, making me one of the UK’s 100 Most Influential Disabled people. I have given 2 TEDx talks in the last year (TEDxNHS and TEDxExeter) about my work as a #RollModel and the importance of celebrating diversity in the workplace. I regularly appear on TV, radio and in the papers discussing a range of topics, from Brexit and Women’s Health to Disability and Politics. With my long-standing passion for supporting charities, I am an Ambassador for both MyAFK and The Eve Appeal. I also started my own #PeriodPoverty Campaign, ‘Help in Handbags’, which provides sanitary products to people who struggle to afford them.

A passionate advocate for a ‘People’s Vote’, I have particular expertise in the role of Europe in the UK’s health, and a passion for supporting our NHS, which was of course a key factor in the first referendum. 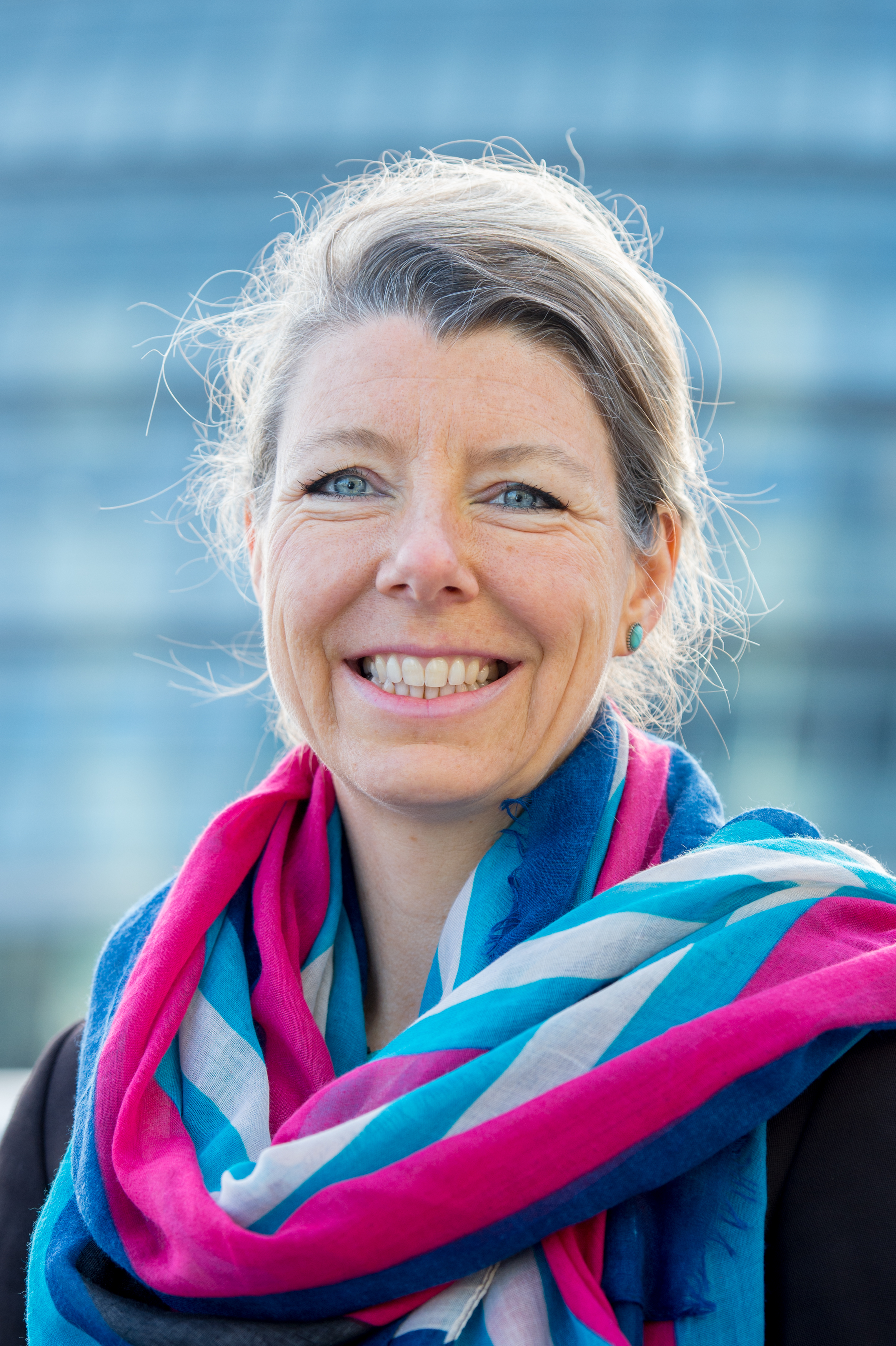 As WEP’s MEP I would make a difference for equality. I have the experience, energy and drive to represent London. I am passionate about driving political change for equality at the European level - because equality is better for everyone!  I am a founding member of WEP and was a 2016 GLA Candidate and a 2018 local election candidate. I’m WEP spokesperson for Equal Pay and an active member of the Islington Branch.

I am currently Director of an international disability and development charity and on the Board of the Fairtrade Foundation. I previously worked for international NGOs focussed on sexual and reproductive health and rights, women’s rights, children’s rights (e.g. UNICEF), development and the environment. During this work I led campaigns to change EU policy e.g. around the Common Agricultural Policy. I have lived in London since my mid-twenties. I speak French and some Spanish and Italian. I have Masters degrees in Geography, International development, Human Rights and NGO Management. 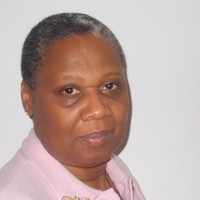 I have lived in the same north London neighbourhood for 40 years bringing up a family. I have 30 years' experience of working with children and families in different London councils and in the voluntary sector, leading and managing children’s services, programmes and multi-agency partnerships. I have a deep understanding of the importance of building partnerships in order to achieve the best outcomes, including co-production. I am totally committed to equality and eliminating oppression of any kind.

I will work with the EU to get the best for Londoners and for all citizens of the EU. I bring a wider perspective of Londoners' experiences not represented by the current London MEPs nor the UK MEPs. I am female, an immigrant and of African heritage. 52% of the population in London is female, 37% were born outside the UK and 40% is non-white.  So fair MEP representation should look like 4 women, 4 men; 3 non-white MEPs; 3 immigrant or immigrant-background MEPs. Vote for the Women’s Equality Party and vote for me, Olivia Vincenti. 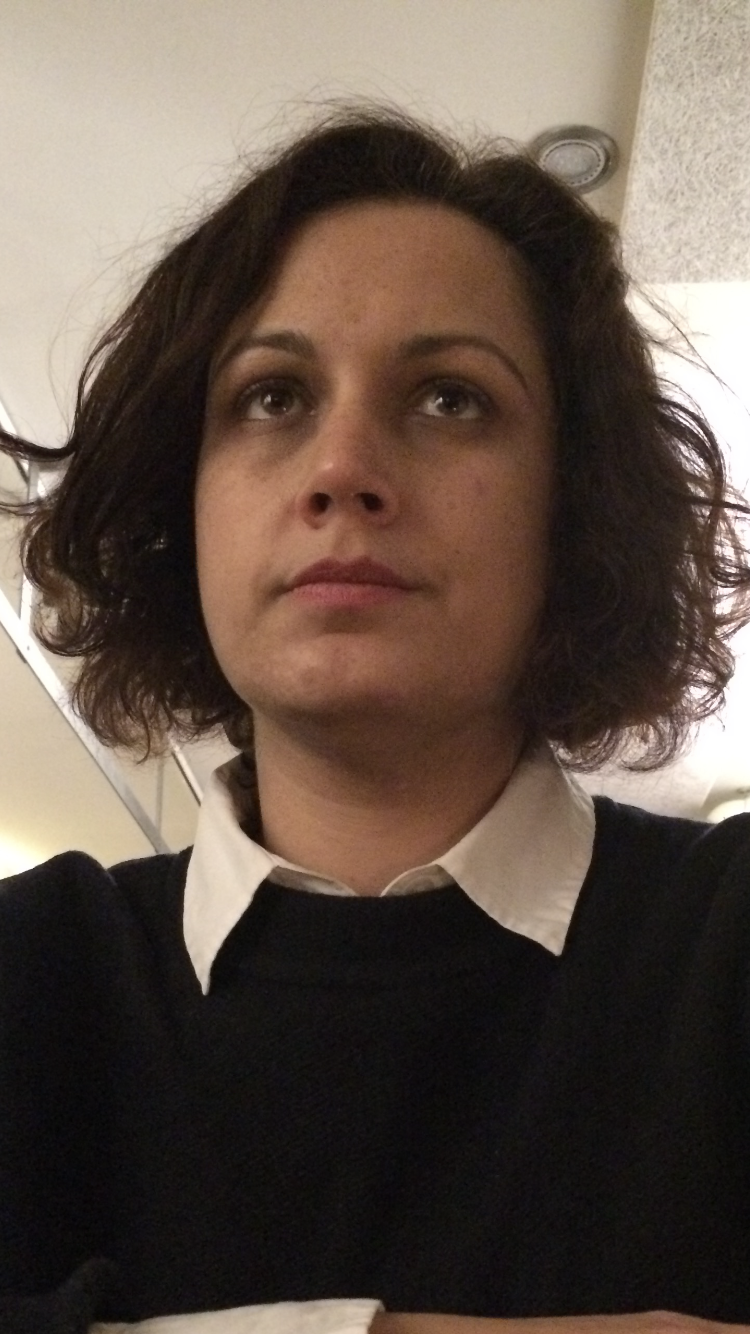 I am a product of multiculturalism. I believe that this country's greatest strength lies in its diversity. I also believe that being part of the EU provides opportunities to shape and reshape the union, and that leaving is fundamentally wrong and disempowering for our country and its future. Having grown up in rural West Wales, I became interested in politics at a young age. I am half-Welsh and half-Iranian, and my sense of identity has been strongly influenced by ideas of belonging and of being disenfranchised.

Although I have always been interested in politics and current affairs, I have never before been motivated to stand for election. I have decided that I have to do something now, however, as I am so sure that the current situation predicts irrevocable damage for future generations.