It's been almost a month since we announced that we were planning to attend in the local authority elections.

Since then it's been a bit of a whirlwind.

You can see me announcing our intention to stand on UoW TV (about 7 mins in).

First our brilliant and dedicated team, mainly very busy women with jobs, businesses and families to juggle, have been working hard behind the scenes at unsociable hours to find out what that exactly entails:

Some of the admin involved has slightly bewildered me, we had a candidate’s pack from the council but it had no guide to filling things in and lots of information from the returning officer in Wyre Forest. This would have been amazing info, really helpful and saved us so much time, IF we had been standing in Wyre Forest. As it was - it just served to confuse me as it was in amongst everything else. If anyone from the election office is reading this: Yes, please to information on the district (maps/polling stations etc.) No, thanks to putting it in the general packs.

The process our party needed us to follow to select a candidate meant that we needed to give our members and supporters at least 2 weeks notice. This gave our supporters a window to up their commitment to membership status and our members time to consider standing and volunteering.

It also gave some of the core team the opportunity to meet up with other branches at the Women of the World Festival and attend a brilliant panel event ’How to get elected’ with MPs, Jo Swinson and Tulip Saddiq, political campaigner, Gillian Keegan and former political adviser, Ayesha Hazarika MBE, talking about their experiences (the queue for this was snaking around the corridor - other parties take note, women do want to get involved, just maybe not on current terms). The panel was immediately followed by an inspiring Next Steps workshop led by the Parliament Project . I learnt so much at these events but the lessons that particular stood out were: 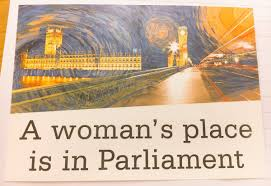 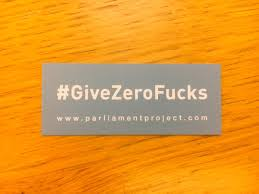 So here we are, nearly a month on, we have a candidate - me, hi!, carrying a mixture of emotions (exhilaration, extreme fear, trepidation, blind panic) close to the surface of a rather calm exterior (see lesson 4 above). We've chosen Rainbow Hill ward, for lots of reasons - I have personal connections with the area, it's where I think any politician, potentially, could make a huge impact, it's a diverse community - are just some of them.

Most people WE’ve spoken to locally are supportive and encouraging. Especially our nominees that we discovered we needed 10 of at the 11th hour. We’ve already had to justify our stance as there will always be the political stalwarts, (no political leanings mentioned), that believe any fringe party are potential vote splitters/stealers who get angry with anyone for even trying to offer a different voice, a different point of view. But we agree with our party - the vote belongs to the voter to exercise their democratic right to speak, not to any one party just because they already have their size 9s under the decision making tables.

So, we’re here, we’re in it. We’re doing politics differently, we’re happy to learn lessons along the way and we’re looking forward to learning more about the process whilst shaking up the established order a little along the way. We hope you come along for the ride.