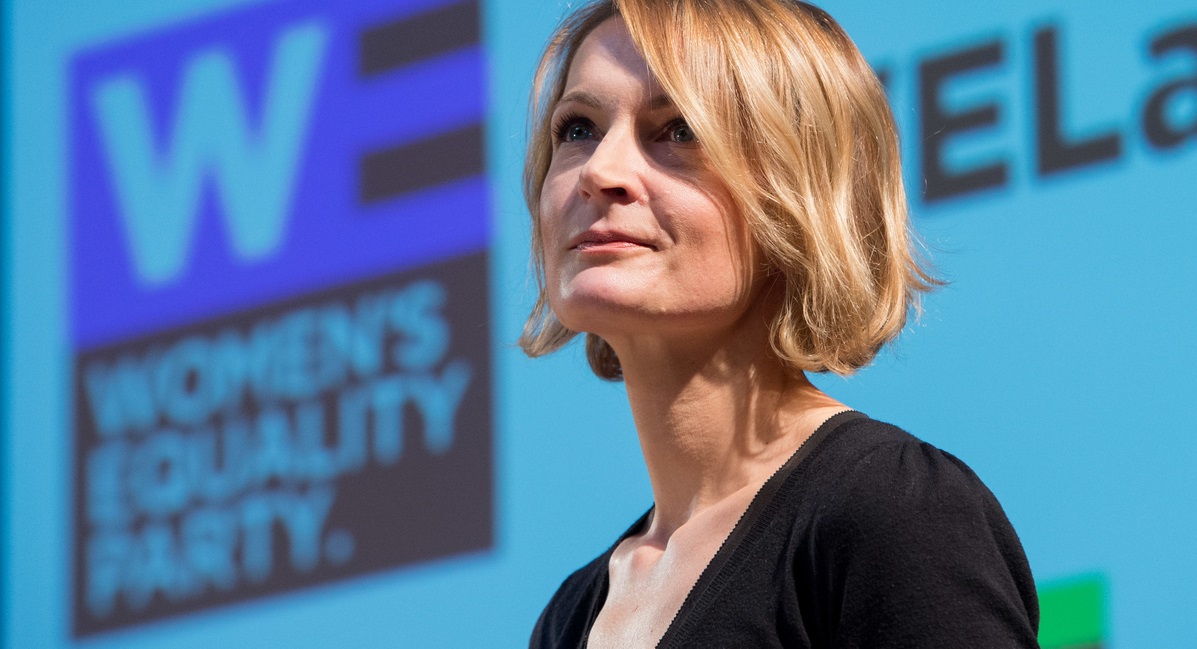 Today marks the International Day for the Elimination of Violence against Women. In an effort to draw attention to the scale of this human rights catastrophe, campaigners around the world will be raising their voices in protest and major landmarks in many countries will be lit up in orange.

One of them will be Niagara Falls, where six million cubic feet of water plummet over the crest line every minute. It seems an apt choice to mark the scale of the problem.

Globally, one in three women experience physical or sexual violence in their lifetime. Some 20 percent of British women have experienced rape and/or sexual assault, according to the latest Crime Survey for England and Wales. And as a result, tens of thousands of women and children in the UK are forced to leave their homes and seek refuge and support in safe places.

Over the last year, Rape Crisis organisations, which offer everything from refuge and counselling to legal advice, responded to more than 3,000 helpline calls - a week. In total they received 165,000 calls between 2014 and 2015. Over the same period of time more than 21,000 women were supported by just 17 specialist organisations for black and minority ethnic women.

I am grateful to live in a society where the most vulnerable are cared for and protected. But I do not know for how much longer that will be the case.

Because today, when the government’s Spending Review lays out its plans for the disbursement of £4 trillion of taxpayers' money, not one Rape Crisis centre in England and Wales has funding fully confirmed beyond March 2016. In fact, 42 per cent of them have no funding confirmed at all.

This country’s sexual and domestic violence services are being drained by the current government. Last week, Rotherham’s Apna Haq centre was threatened with closure, despite being the only local specialist service for BME women and girls. Last month, London’s Eaves closed its doors after 38 years of support to women victims of violence.

As life-funds ebb, the impact is being felt immediately. Waiting lists across the Rape Crisis network currently stand at 3,500. Women’s Aid turned away 320 women one day in 20111 - which they now describe as a typical day - due to lack of space. Over the last year, in London alone, 733 BME women sought refuge spaces in London. Only 154 were successful.

A loss to services is a loss to life.

On today’s international day of action it is time to call a halt to a funding model that is not fit for purpose.

Britain’s Violence Against Women and Girls support services are having the heart ripped out of them by budget cuts, short term contracts and crassly simplistic commissioning practices that push specialist units to one side in favour of bigger organisations that lack their expertise but can afford to undercut them.

Those services that do receive funding are often subjected to six month break clauses, so that government can continually assess their worth against other political priorities.

The Women’s Equality Party is committed to doing politics differently, and today WE call for cross-party commitment to do this funding differently. These services should not have to repeatedly face the threat of elimination, while the torrent of violence against women and girls continues.

WE think that specialist services should be able to plan and grow their services and not be vulnerable to the ebb and flow of changes in political thinking. And WE call on every other party in Britain to sign up to this model.

This week our members raised £31,500 in just six days to put candidates for the Women’s Equality Party on the ballot papers in Scotland, Wales and London next spring. They want every day to be a Day for Action. They want to prioritise equality for women regardless of other political battles.

Today, WE call on all political parties to unite in their commitment to ending violence against women and girls by uniting in a commitment to sustainable and secure funding.

Our policies are here:

The Women’s Equality Party is committed to ending violence against women and girls.