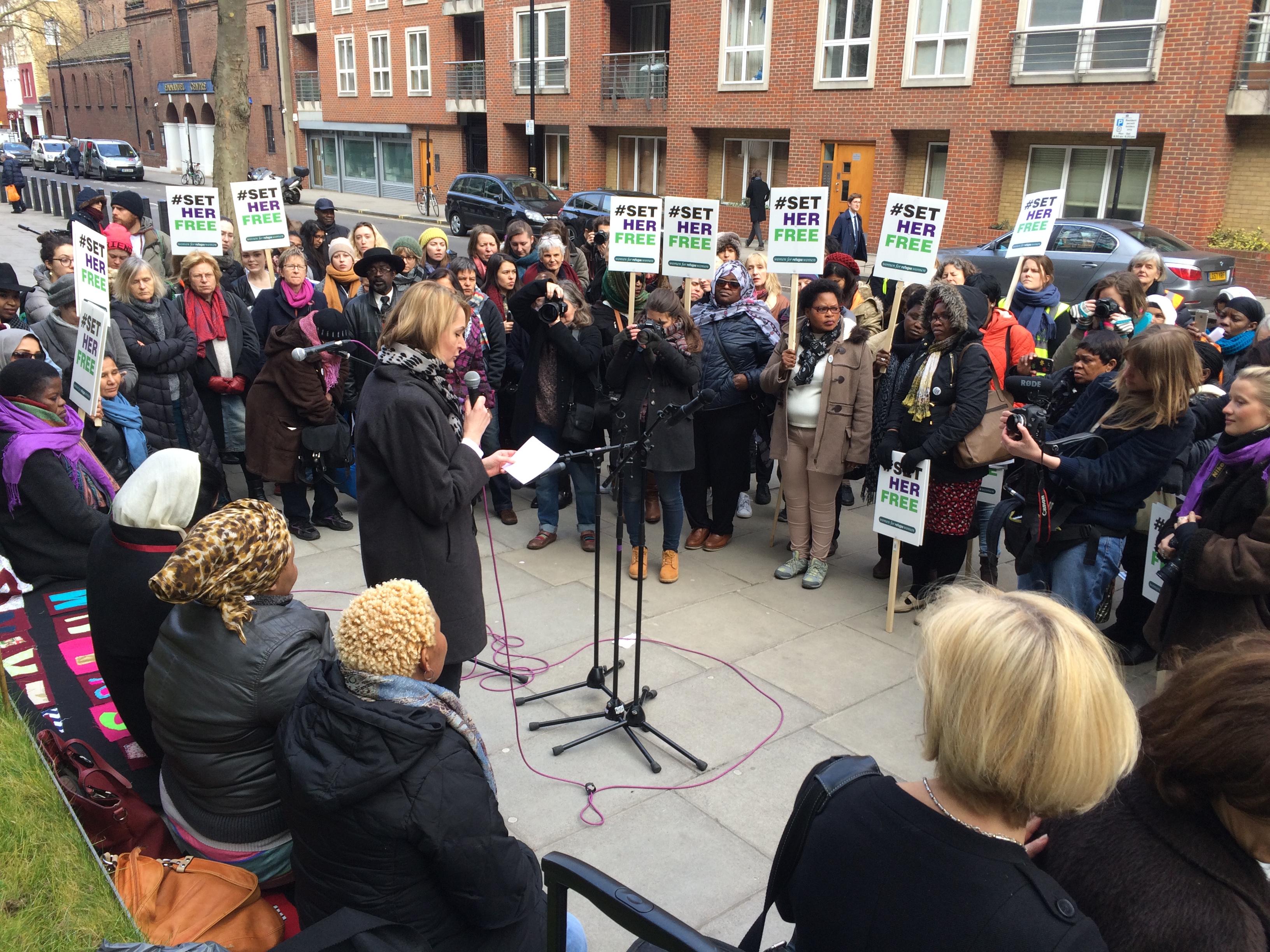 Most of the women currently in detention have experienced sexual violence or torture in their countries of origin. As survivors of human rights abuses, these women find indefinite detention extremely traumatic.

The Government locks up around 100 pregnant women each year in Yarl’s Wood. Very few of these women leave Yarl’s Wood to be deported - only 9 of the 99 pregnant women detained in 2014 were deported, the rest re-entered the UK community, their detention having served no purpose.

We are therefore calling for an end of the detention of pregnant women and survivors of sexual violence, torture and trafficking and an independent inquiry into conditions at Yarl’s Wood Immigration Removal Centre.

Around 2000 women who have sought asylum are detained every year in Yarl’s Wood. This detention is indefinite, it can be for weeks, months, even a year. The asylum process could function just as efficiently - and more cheaply - without the use of detention.

We therefore call for an end to the detention of people who seek asylum.

We further call for an investigation into conditions at Yarl's Wood and for it to be shut it down.

Natasha Walter, director of Women for Refugee Women, says: "We welcome moves by the Women’s Equality Party to call for better protection for women who have sought asylum in the UK. Detention is traumatic for women who have fled persecution and we hope that the Government, under Theresa May's leadership, will now begin to move away from the use of indefinite detention for those seeking asylum, particularly for pregnant women and women who have fled torture, trafficking and sexual violence.”

The Women’s Equality Party are looking to introduce a humane and just immigration policy. See A Fair Future For All to join the conversation.

Read our blog from Natasha Walter, director of Women For Refugee Women, who explains that detention is imprisonment - and must stop.